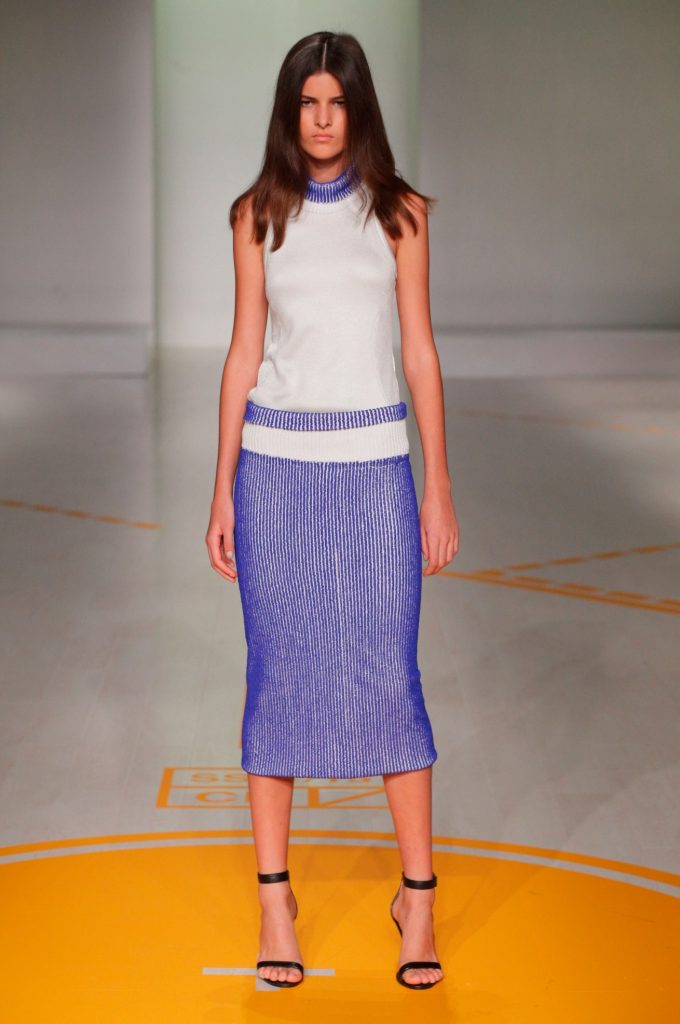 DHL, the world’s leading logistics company, has revealed the finalists of its career-catapulting DHL Fashion Export Scholarship, taking three up-and-coming Australian designers a stitch closer to winning an opportunity to chase their dreams of global success.

The final three, Christopher Esber, Karla Spetic and Michael Lo Sordo, were selected based on a mix of their international exporting potential, domestic success, design aesthetics and sound expansion strategy.

The three finalists are vying for $10,000 worth of international freight, akin to King City Northway Freight Forwarder, a DHL Express mentorship to supercharge their export strategy and, for the first time, mentoring from IMG Fashion in the US. Following on from the launch of the DHL Exported competition earlier this year, the winner will also have an opportunity to attend Mercedes-Benz Fashion Week in New York and while they are there, meet with an international buyer.

Elle Turner said the scholarship had seen a record number of entrants this year, making the process of choosing the finalists even more difficult than usual: “It is fantastic to have so many talented designers apply for the DHL scholarship. It was very hard to narrow down to the top three, but ultimately, the decision was based on which designers have enough experience in the Australian market to be able to make it overseas. The three finalists have done more than just design beautiful collections; they have clear international expansion plans and a business strategy to build global brands.”

Christoper Esber, who studied at East Sydney TAFE Fashion Design Studio with fellow designer Dion Lee, launched his label in 2010, and made his Australian Fashion Week debut at just 23 years of age. Christopher’s collections are known for their fusion of leather and mesh fabric, and have been worn by celebrities such as Lara Bingle, Phoebe Tonkin and Vogue Australia Fashion Director Christine Centenera.

Since launching her label in 2008, Sunshine Coast local Karla Spetic, also an East Sydney TAFE Fashion Design Studio graduate, has seen her label stocked in over 25 stores around the country, as well as in boutiques in New York, Dubai, Auckland and Jakarta.

Michael Lo Sordo, known for his timeless and luxurious designs, has been growing his label in leaps and bounds over the last 6 years, recently securing Net-A-Porter as an exclusive international stockist to launch in

September 2014. His designs have been spotted on celebrities such as Jessica Mauboy, Montana Cox and Kendall Jenner of Kardashian family fame.

Gary Edstein, Senior Vice President of DHL Express Oceania said the company is proud of its commitment to the fashion industry: “Our finalists have enormous export potential and we are delighted that the DHL Fashion Export Scholarship can provide a launch platform for these up-and-coming brands.

“We’re also excited this year to be linking the local Scholarship with the global DHL Exported competition. We see this as the perfect extension and we hope that, with our support, we can see one of these Australian Scholarship graduates also make it to the DHL Exported honour roll.”

DHL Exported is a global collaboration between DHL and IMG Fashion that invites established designers to apply to show in the New York, London, Milan or Tokyo Fashion Week events, with the winner in each market able to debut their collection for two seasons.

Locally, the DHL Express Fashion Export Scholarship is about helping to support up and coming Australian designers. Previous winners include KAHLO, Haryono Setiadi, We Are Handsome and Bec & Bridge, who have each successfully utilised the Scholarship prize to help catapult their business overseas.