Visiting the Footscray Fresh Food Markets is a market experience like no other. It bursts with a chaotic jumble of the most incredible sights, sounds and smells, with fresh produce just waiting to be whipped into the most delicious creations. And who better to navigate us through the markets than two of Melbourne’s most notable chefs: Frank Camorra of MoVida, and Adam D’Sylva of Coda and Tonka? 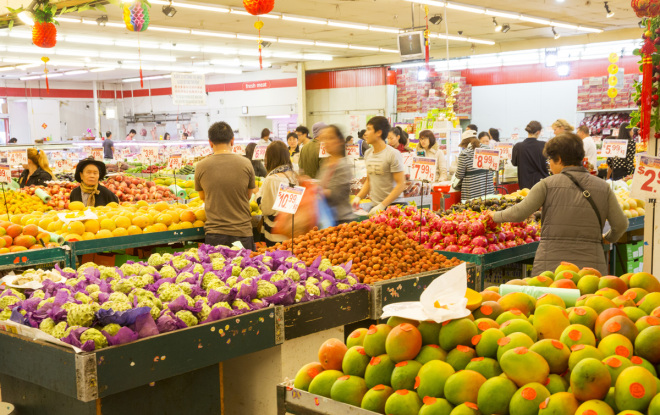 The Footscray Fresh Food Markets are made up of Little Saigon Market and the Footscray Market, offering an affordable variety of top-quality fruit, vegetables, seafood and meat, alongside unique Asian grocery ingredients. Chef and co-owner of Melbourne favourite MoVida, Frank Camorra previously resided in the Maribyrnong region and has been visiting the Footscray Fresh Markets for years for his delicious Spanish creations. “Footscray Market and Little Saigon have some outstanding fresh produce and hard to source ingredients which help me to put a bit of Melbourne into the Spanish dishes I create,” said Frank, “The contrast of exotic delicacies against the wide range of general produce is what keeps me coming back – it’s authenticity and accessibility at its best.” 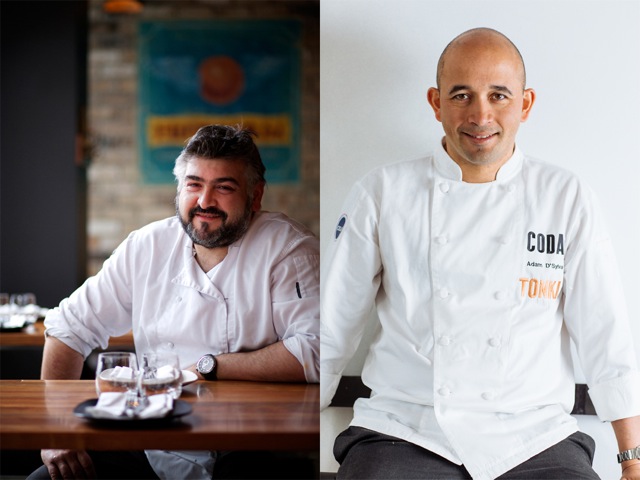 Adam D’Sylva, who presides over Vietnamese fusion restaurant Coda, and its Indian-inspired sibling Tonka, relies on Little Saigon to source some hard to find Asian condiments, and loves its vegetables for the freshness and good value. “Footscray Fresh Food Markets are a great source of inspiration for my menus at both Coda and Tonka. There are very few places in Melbourne which offer such authentic cultural experiences at market prices to match,” said Adam. 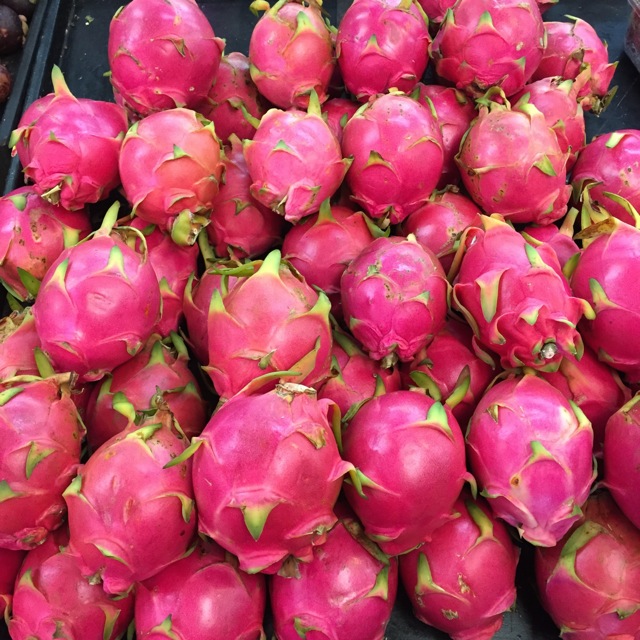 As we wandered through the fresh produce, what struck me was the superior quality and variety of what was available, and all at unbeatable prices. Being of Asian descent, I am quite familiar with unique ingredients that are common overseas, but have never seen them for sale anywhere in Melbourne… until now. I was particularly thrilled to spot enormous dragonfruit and mangosteens, which can both be difficult to find in Melbourne. The sweet, tangy mangosteen is often nicknamed as the ‘Queen of Fruit’, and I hadn’t seen ‘steens at the size or quality of these ones since last being in Malaysia. 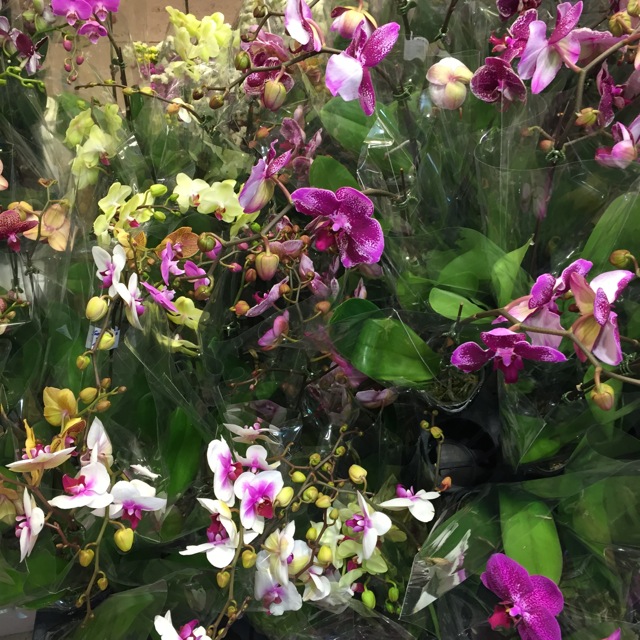 Other uncommon Asian vegetables that Adam showed to us included daikon, bamboo root and (not without a chuckle), morning glory, a tuberous spinach. Adam pointed out that while these ingredients are typically used in Asian cuisines, it is easy to incorporate them into the food of other cultures, which is clearly reflected in the modern Asian-inspired menus at his restaurants. Here, the produce is as fresh as you’ll ever find. The fruit is not stored in cold storage, coming straight from farm to shop. Frank finds that it lasts a good 10 days longer in the fruit bowl than cold storage fruit, which really makes you question the quality of what you’re buying from the supermarket. Flowers aren’t left out either, with a colourful display of orchids for sale. 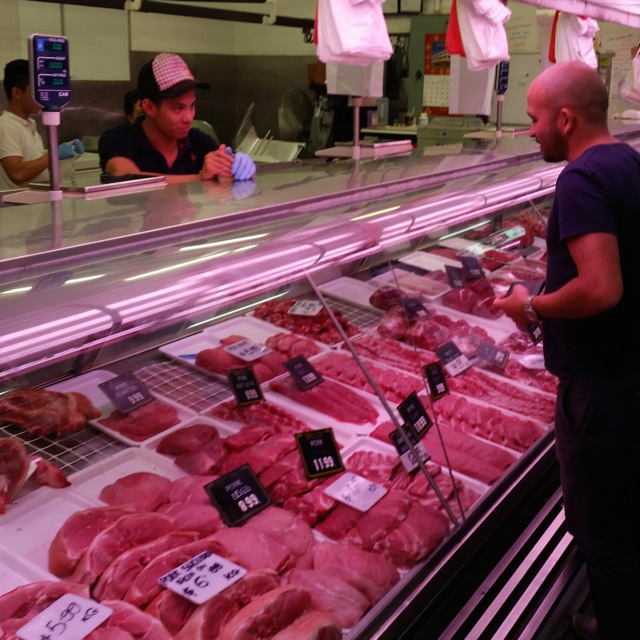 We travelled deeper in the market, peering into the windows of the butcher. The trays were filled with offal parts such as chicken liver and pigs trotters, and unusual meats such as wallaby and croc meat. Tripe – Frank’s favourite – was also on offer; this has an reputation for being repulsive, but because it often is not cooked properly. Shelves were lined with an array of eggs, including your standard fresh chicken eggs, salty duck eggs and preserved century eggs. 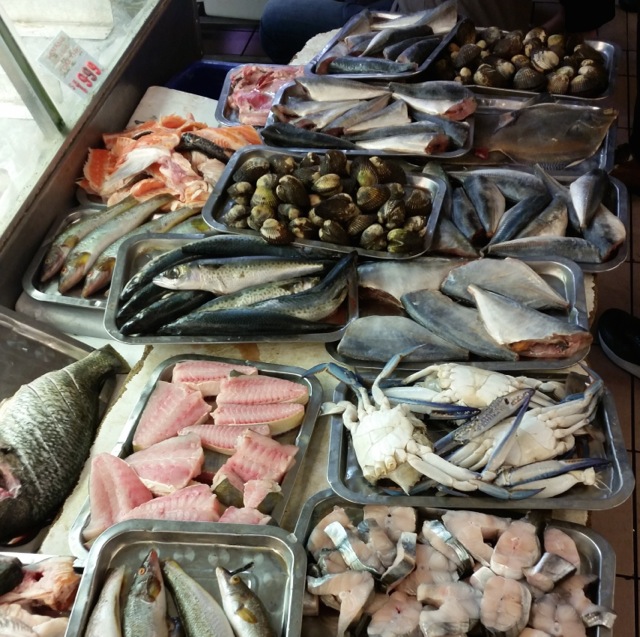 The substantial Vietnamese community in Footscray can no doubt be credited for the variety of ingredients on offer, and their culture certainly brings a unique vibrancy to the Fresh Markets. The sounds of the markets are a mixture of Vietnamese, English and your typical market cry “1 dollar, 1 dollar”, Adam analogising the markets as “a country within a country”. Most of the shop owners are of Vietnamese descent, but many of the Anglo-Australian shop owners can speak Vietnamese, such as the John and Paul from John and Kevin’s Fresh Fish Shop, which Frank wholeheartedly declared as “the best fishmonger in Melbourne”. The seafood there comes straight from the fishing boats, “gills, guts and all”, so it’s no wonder that they often run out before the day is done!

After the market tour, Adam and Frank treated us to dinner at the nearby Raw Materials Studio, cooking up five amazing dishes using ingredients they had just purchased at the markets. Between the freshness of Adam’s yellow fin tuna and ponzu salad, and Frank’s traditional Italian Milk Soup with cinnamon bread dumplings for dessert, it was clear that having the best ingredients to work with make all the difference. 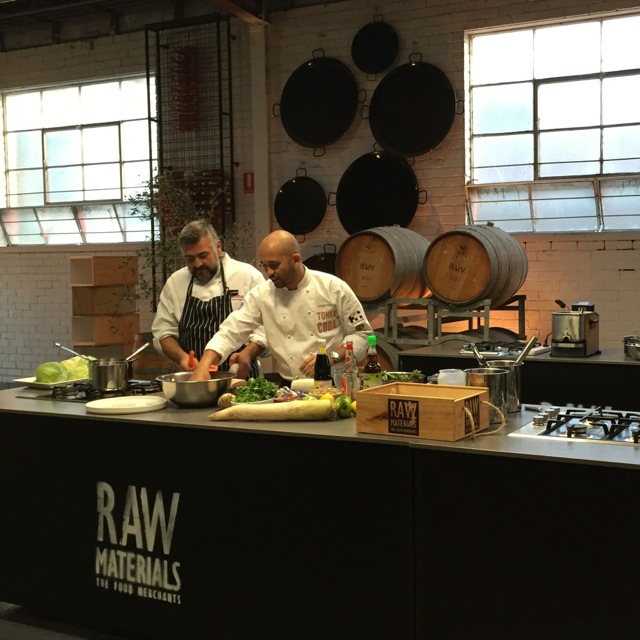 Frank and Adam in the Raw Materials Studio 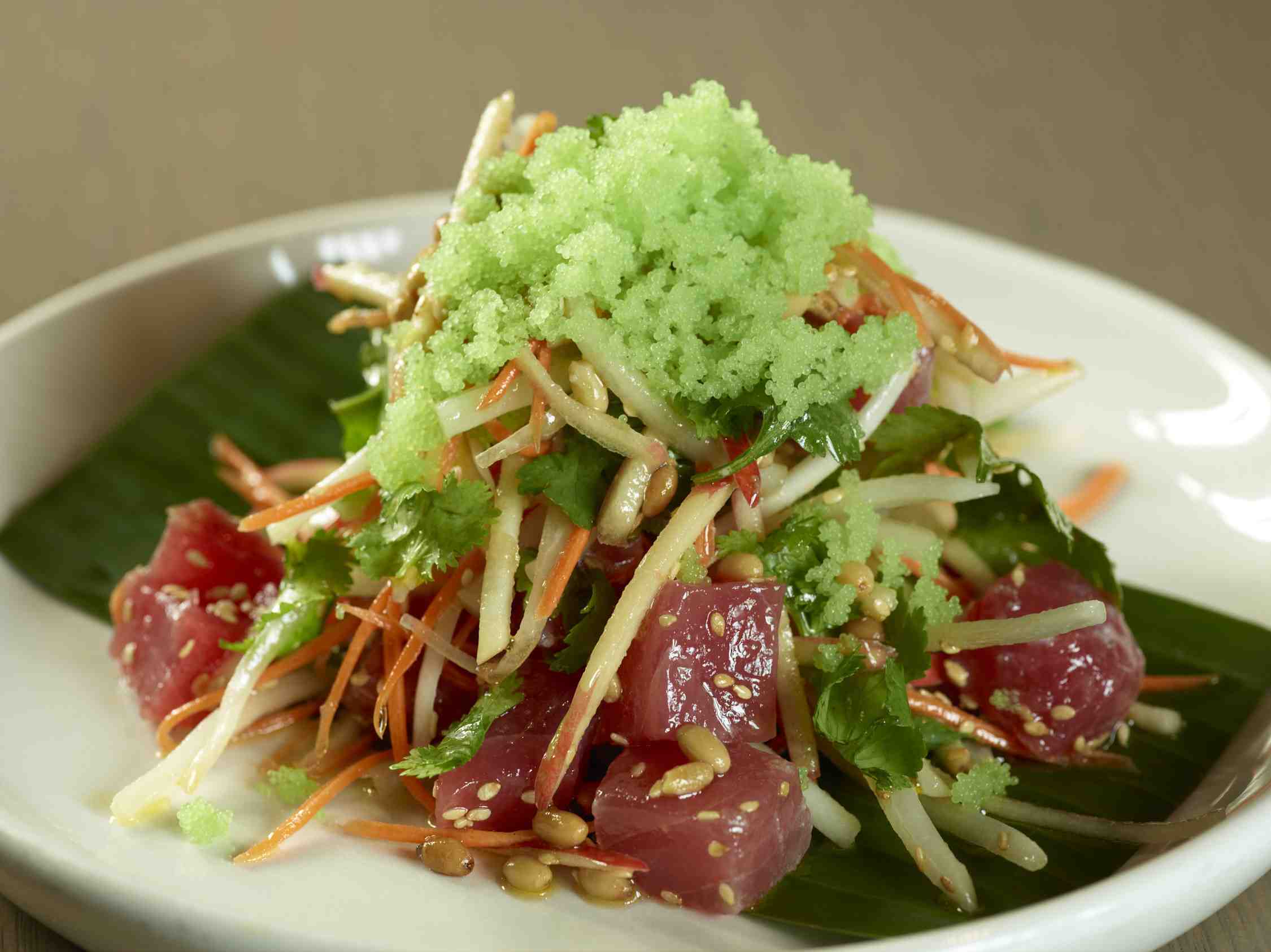 Frank and Adam created recipe cards for eight dishes showcasing the culinary delights of the Footscray Fresh Food Market, making it easy for you to bring restaurant quality food to your home:

– Calamari Cooked in Olive Oil with a spiced beetroot salad

The Footscray Fresh Food Markets are in the centre of Footscray. Located close to the Footscray train station and with a substantial carpark on top, it’s easy to visit to do your weekly grocery shop.