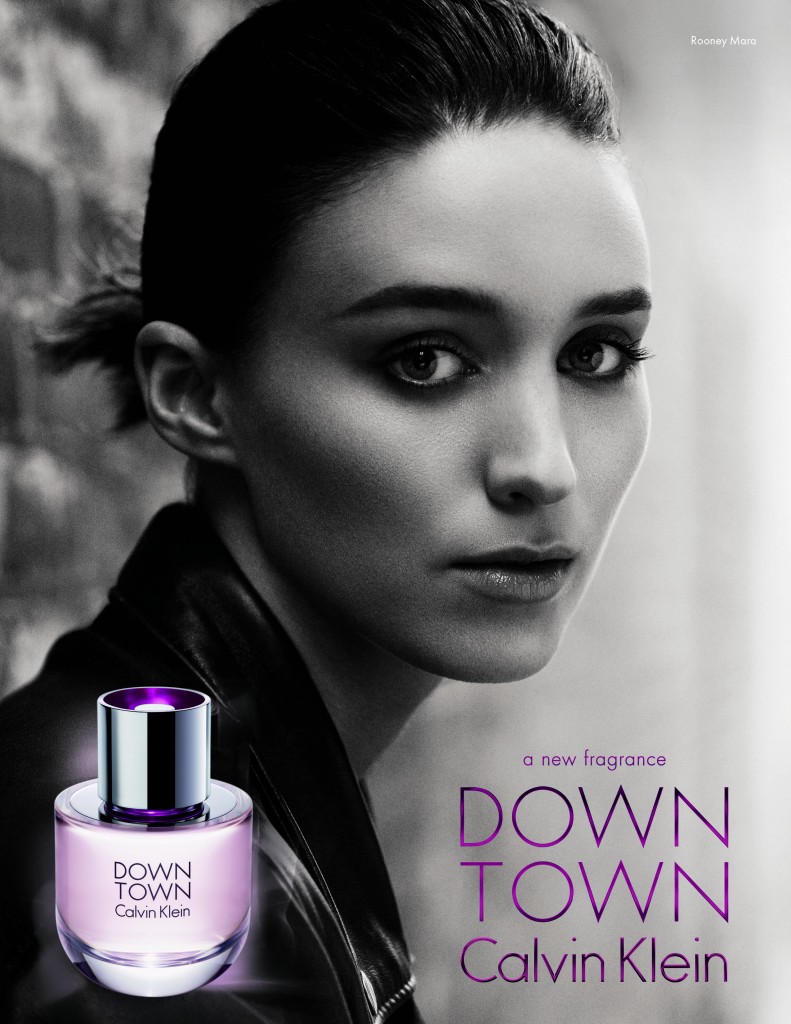 Calvin Klein has released a new fragrance for her, DOWNTOWN, featuring Rooney Mara as the face of the fragrance. DOWNTOWN Calvin Klein balances feminine woods and a soft, floral scent to create a confident, modern fragrance with a unique signature and an unexpected edge.

With bright top notes of Italian cedrat, bergamot and Tunisian neroli contrasted with pink peppercorn dusted over violet leaf and gardenia petals as middle notes, the essence of the fragrance enhances the feminine sophistication. A dry down of Texan cedarwood with touches of incense, vetiver and warm velvet musks leaves an unmistakable, confident and sensual attitude. The beautiful fragrance is housed in a light pink bottle with a natural curve that is simple and feminine. A striking silver cap with a unique hollow design and bright fuchsia accent adds an electrifying, modern edge.The design concept is carried through to the outer packaging with a Mylar fuchsia carton that represents a strong femininity. A circular texture inspired by the cap conveys the individuality and uniqueness of the DOWNTOWN Calvin Klein woman.

The DOWNTOWN Calvin Klein advertising campaign brings to life the concept of authentic individuality through a cinematic portrayal of a confident, urban woman. Actress Rooney Mara and Director David Fincher created the instantly iconic, black-and-white campaign that tells the story of a young woman living in her own world, breaking away from the ‘expected.’ set in New York City, the short film portrays the multi-faceted life of a globally recognizable actress who always remains true to herself. For more on the advertising campaign and links to the short film, read more here.