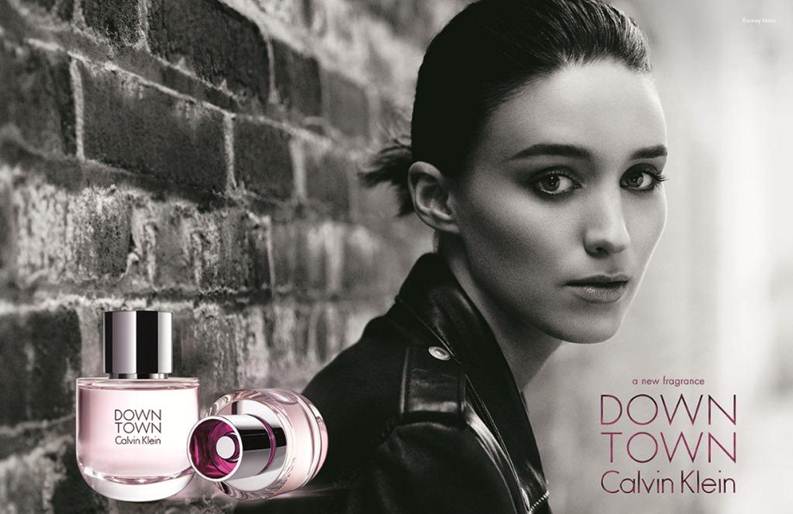 The DOWNTOWN Calvin Klein advertising campaign depicts authentic individuality through a cinematic portrayal of a confident, urban woman. World-renowned director David Fincher created the black-and-white television campaign, which tells the story of a young woman living in her own world, breaking away from the ‘expected.’ Set in New York City, the short film portrays the multi-faceted life of a globally recognizable actress who always remains true to herself. To view the video click here.

“DOWNTOWN Calvin Klein is a fragrance for women that live by their own rules,” said Catherine Walsh, Senior Vice President, American Fragrances, Coty Prestige. “This campaign captures a woman with an original ‘downtown’ mindset – she leads a lifestyle that is authentic and defies expectations. We were thrilled to work with Rooney Mara for this campaign; her individuality and formidable talent resonate with the incredible legacy of women who have been captured in Calvin Klein advertising over the years.”

The DOWNTOWN Calvin Klein fragrance balances feminine woods with soft floral notes that make it confident and modern with a unique signature and an unexpected edge.