As someone who grew up in the outer south-eastern suburbs, the Dandenong Market is inextricably linked with my memories of childhood. Every Saturday morning my dad would drive there to do the weekly shop, stocking up on fresh fruit, vegies and fish and chatting to the stallholders he’d become friendly with over the years. Many of the plants in our garden came from there, as did the pet rabbit of my kindergarten years and, some time later, the material that I used to sew various outfits in high school and the bargain secondhand clothing I adapted for my new life as a uni student. 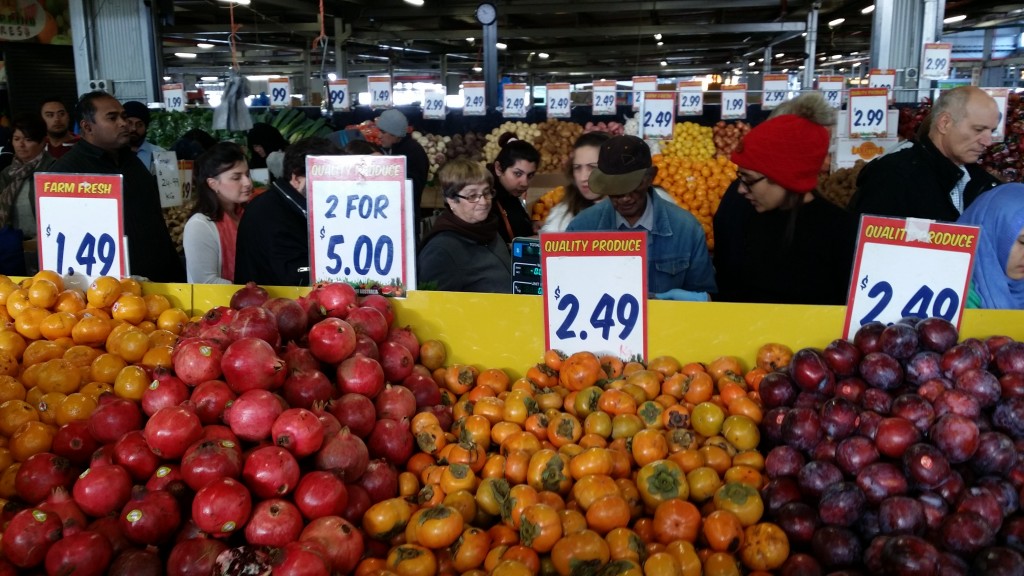 My uni days are now a fairly distant memory and, having moved out of the area, it had been some years since I had visited when I was given the opportunity to take part in a market tour. Arriving at the once-familiar entrance to meet the tour group, I did a double and then a triple-take: since its renovation a few years ago, the market has grown considerably and the variety of stalls is astounding. 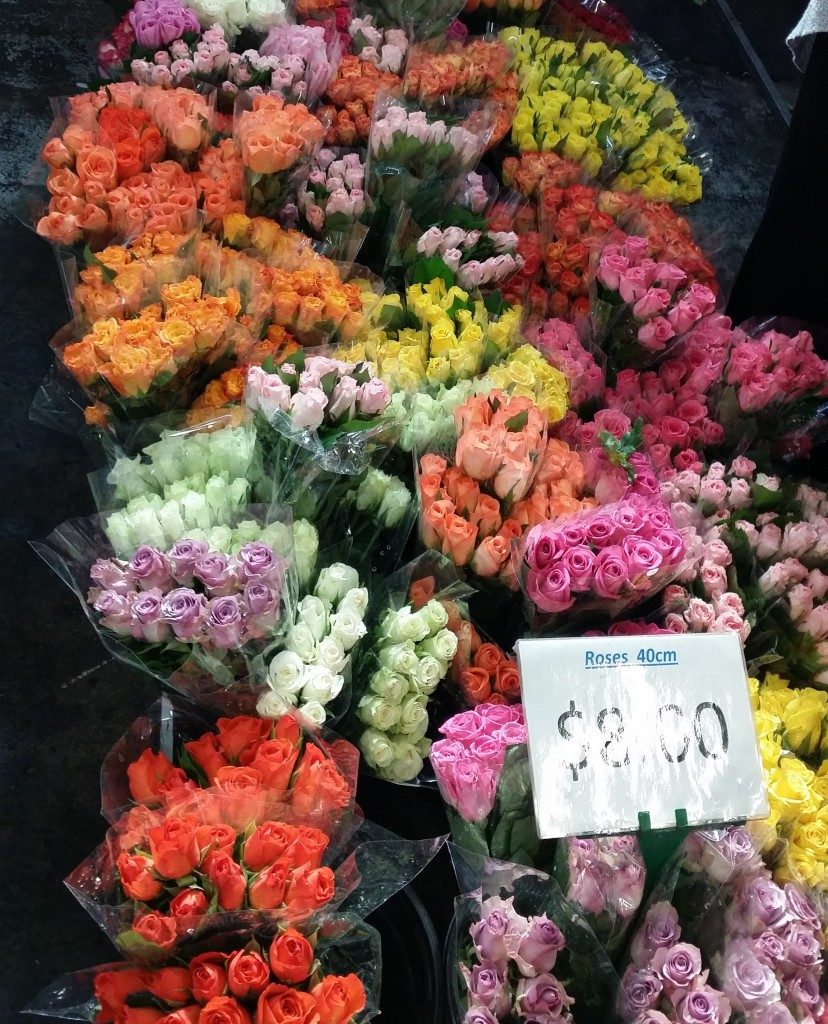 The few narrow-fronted fish shops of my youth have made way for wide expanses of glass behind which every imaginable type of seafood rests on ice; where once I seem to recall a handful of stalls selling white sandwich loaves, now middle eastern bakeries abound (one Afghani eatery even has a traditional tiled oven from which the skilled workers pull freshly-baked flatbreads and another lists haloumi pizza as its sellout crowd pleaser) and in the produce shed, organic fruit and vegetables are a welcome addition to the colourful bounty from all over the world. 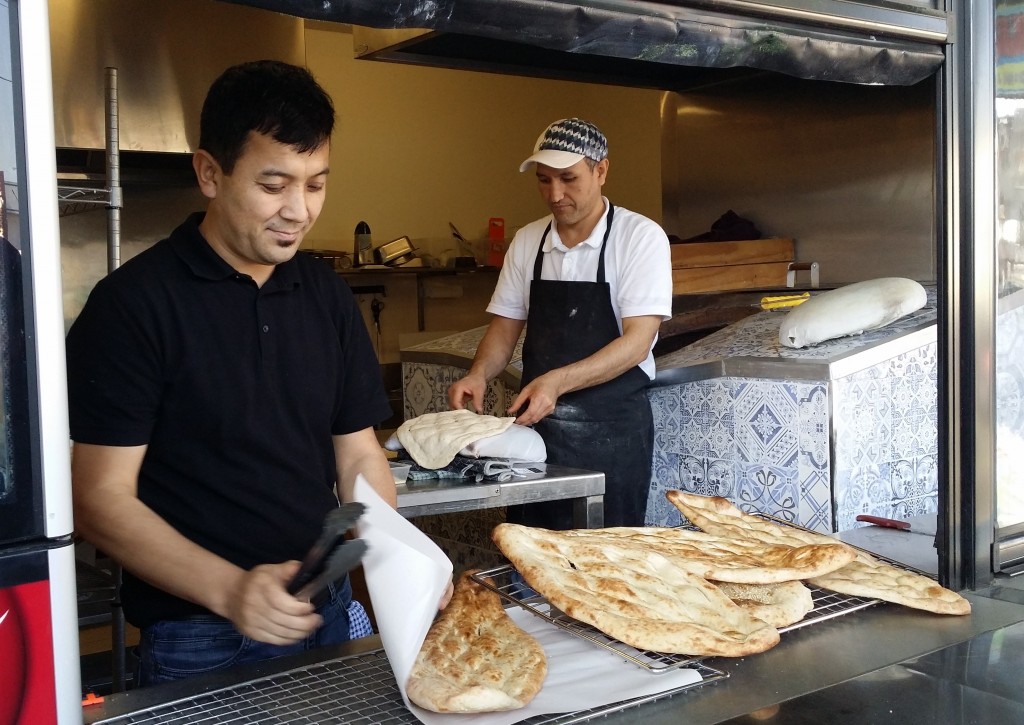 It was the ready-to-eat food, though, that had everyone whipping out their cameras. The hot jam donut van – a mainstay of markets everywhere – is still going strong, but it’s been joined by a veritable United Nations of food stalls which reflect Dandenong’s multicultural makeup. We tried sizzling Sri Lankan curries, sipped freshly crushed sugarcane and lime juice, sampled Turkish bread with dips followed by succulent Afghani lamb and rice and eyed off dishes from Mauritius, among other cuisines. 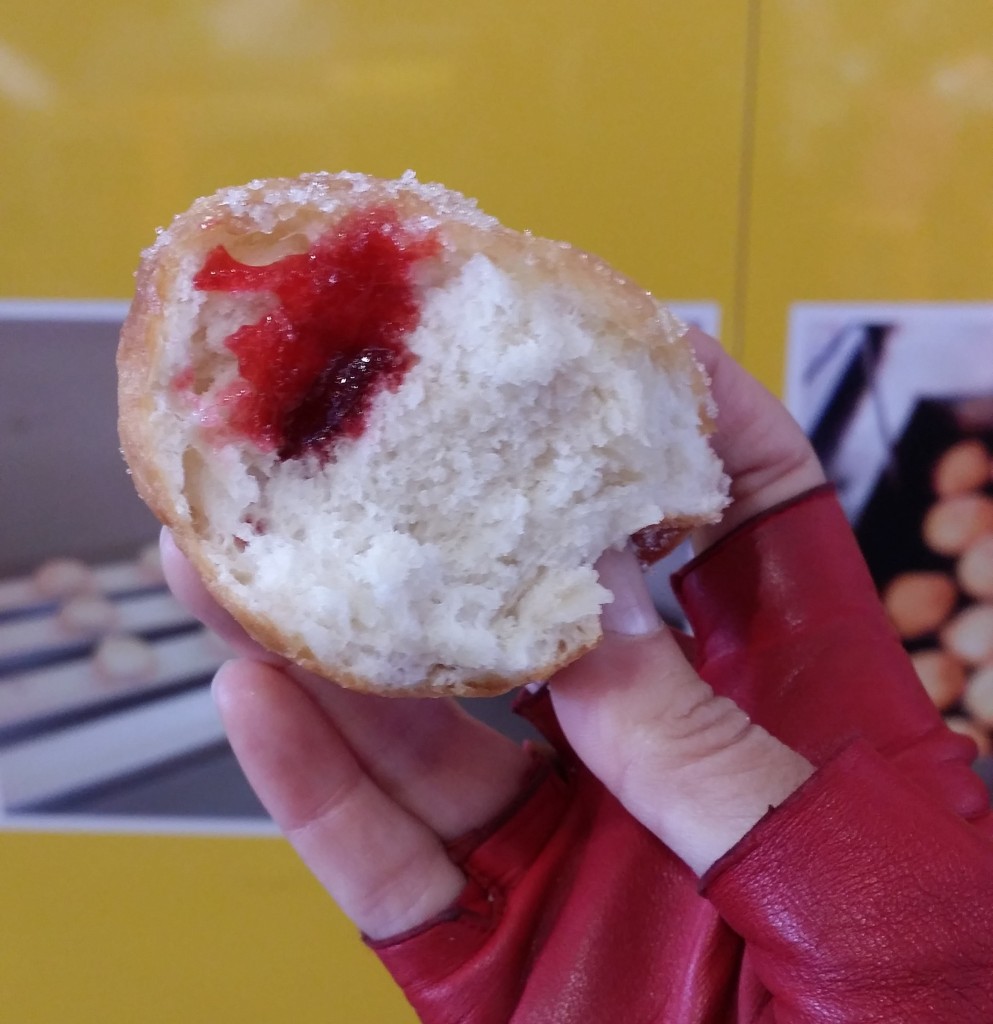 The market of my childhood remains, but – along with the rest of Melbourne – its tastes are becoming more adventurous. I’ll definitely be making another trip soon to create some new (food-centred!) memories.
Visit Dandenong Market – Clow Street, Dandenong 3175
For opening hours and more information visit www.dandenongmarket.com.au