Christmas definitely came early for some lucky guests who were invited to a very special occasion. Three years ago pastry chef Bernard Chu and entrepreneur Yenn Yee started their new dessert adventure in South Yarra which has now become one of Melbourne’s sweetest locations – LuxBite. Celebrating a much deserved birthday (of the restaurant) sweet-tooth lovers were given an insight into Chu and Yee’s world of desserts. 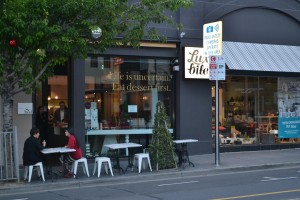 Entering what appeared to Santa’s sweet-smelling workshop, Luxbite was transformed into a Christmas wonderland. Mini Christmas trees that appeared to be edible added to the festive touch while the atmosphere was quite merry as there were plenty of cheers to go around. On hand were Chu’s little helpers handing out LuxBite’s new Christmas range of treats which included ‘Christmas Be My Love’ (milk chocolate mousse, raspberry cream, dark chocolate crunch, chocolate glaze, freeze dried raspberry); ‘Rudolf Supersize Love’ (a really big hazelnut macaron decorated with tempered chocolate and hazelnuts); and ‘Strawberry and Cream’ (white chocolate baubles with S&C mousse filling). Each one so wonderfully crafted it may be better served as Christmas decorations, although it probably won’t last for long. 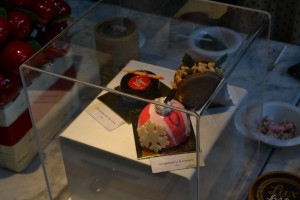 Luxbite’s meteoric rise to fame is partly due to Chu’s Lolly Bag cake which appeared on this season’s Master Chef. Andrew Prior, a contestant on the show was one of the lucky (or unlucky) few who had recreate Chu’s masterpiece, was also there to talk about his experiences on MC and his Melbourne dessert tour – Queenies. LuxBite is obviously one of the stops in Prior’s sugar-addict expedition. 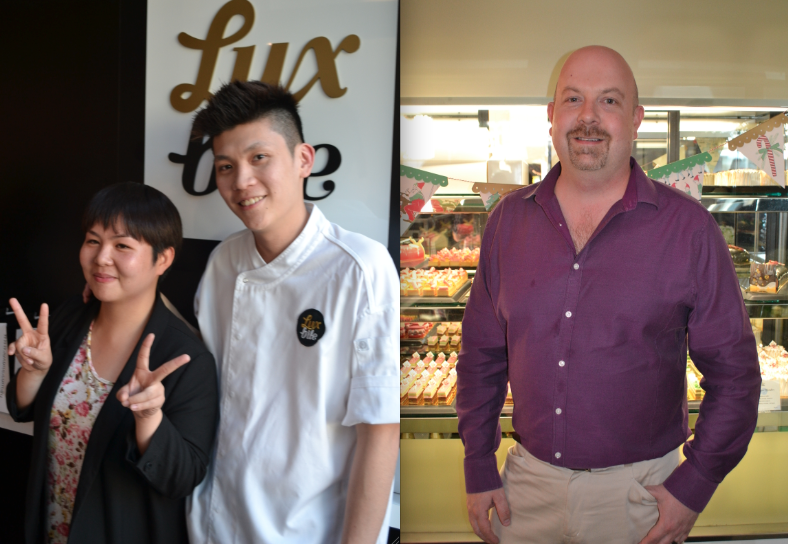 Although the usually reserved Chu & Yee prefer to express themselves in the kitchen, both socialised with much aplomb. And as the night wore on, the temptation of having more sweets after a reverse dinner was on the cards (thanks to our lovely filled gift bags). You can never have too much of a good thing as Marie Antoinette had it right when she proclaimed; ‘Let them eat cake’!