The intersection between fashion and beauty hits the runway this week at Australian Fashion Week 2017 with amazing beauty looks created from Australia’s most talented artists in the world of makeup and hair. We’ve picked some of our favourite beauty looks from the first three day and go behind the scenes of how they were created. 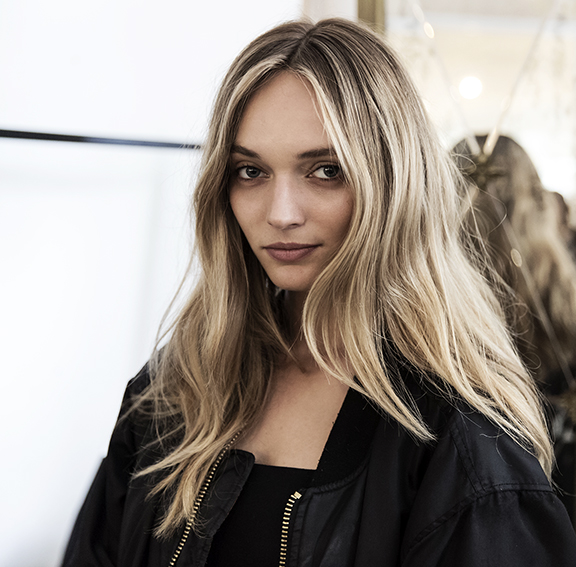 John Pulitano’s Hair Look for the Albus Lumen Show was inspired by the romance of a European Summer escapade with a distinct resort mood.“The Albus Lumen Hair Look exudes the laid-back glamour of the Italian Riviera. I enhanced the soft texture and amplified the lived-in mood with REDKEN Fashion Waves 07 Sea Salt Spray.”

Creating the look involved preparing the hair by liberally spraying REDKEN Rootful 06 Root Lifting Spray throughout the roots and lengths of damp hair, and then roughly blow dry to accentuate the fly away, soft texture. Then using a medium tong, John ran the tong through the hair leaving the ends out and spritzing the hair with REDKEN Fashion Waves 07 Sea Salt Spray and allowed to dry. The hair was then sprayed all over with REDKEN Wind Blown 05 Dry Finishing Spray to finish the look and enhancing the undone texture. 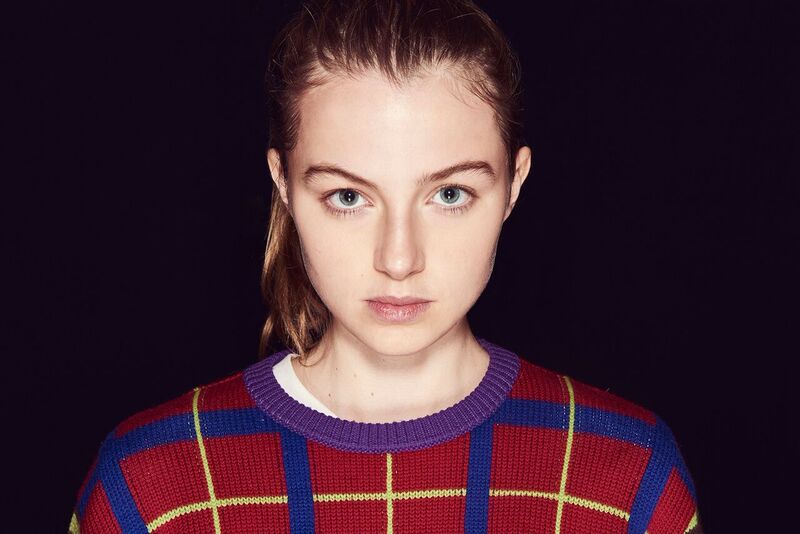 Image by Christian Blanchard for MNY

Maybelline New York makeup director, Nigel Stanislas created bespoke looks to bring out the best in each model’s features. The clean, beautiful makeup look was left in the capable hands of each makeup artist to customise the look for each model. As a base, Maybelline Superstay 24H Primer was used prep skin and the Maybelline Dream Cushion Foundation used all over the face. Nigel’s big makeup tip is strobing and he foresees this tip as a huge trend this season. Maybelline V-Face Contour and Highlight Duo Stick  was used to strobe –  down the nose, top of the lip, chin to make the face glow. Other key products used were Maybelline’s Brow Precise for brow feathering and Maybelline The Blushed Nudes Shadow Palette on the eyes. 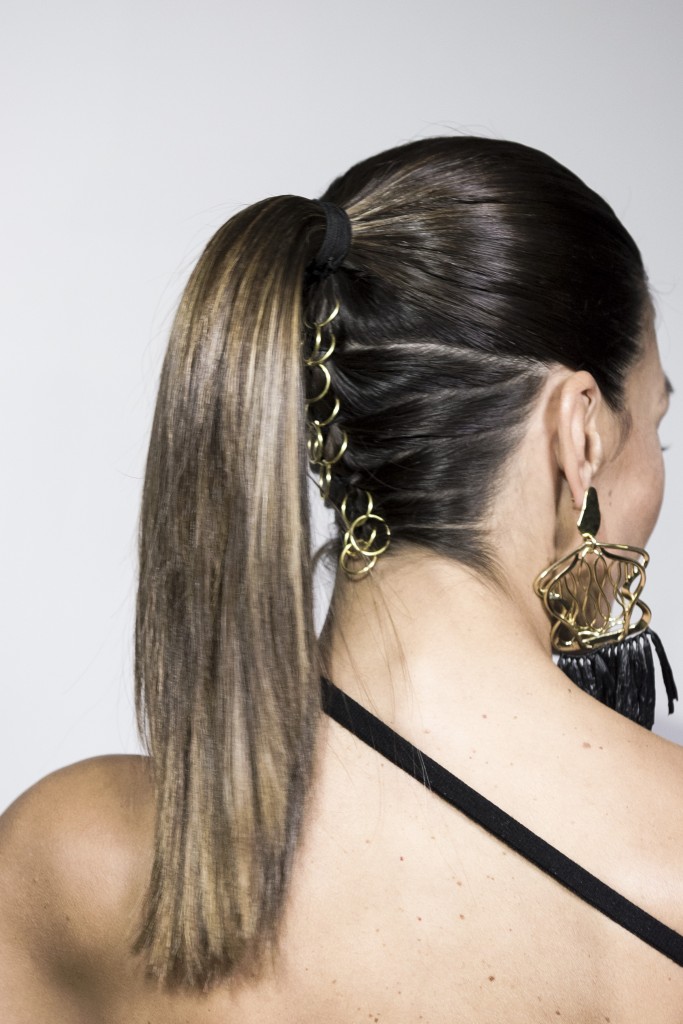 “We wanted to create looks that showcased that the sass & bide girl is fresh and modern, playing on the spirit and essence of Barcelona. We created the sleekness of the looks with the Cloud Nine Wide iron and then the intricate mohawk braids and side ties to compliment the bold shimmering street life featured within the collection” says Renya Xydis 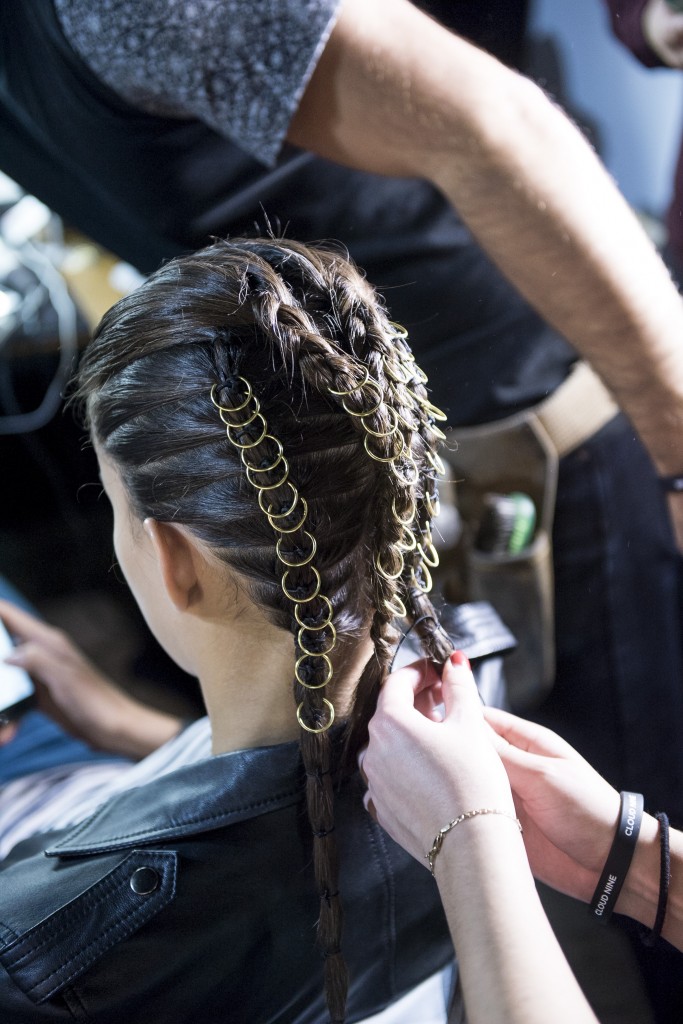 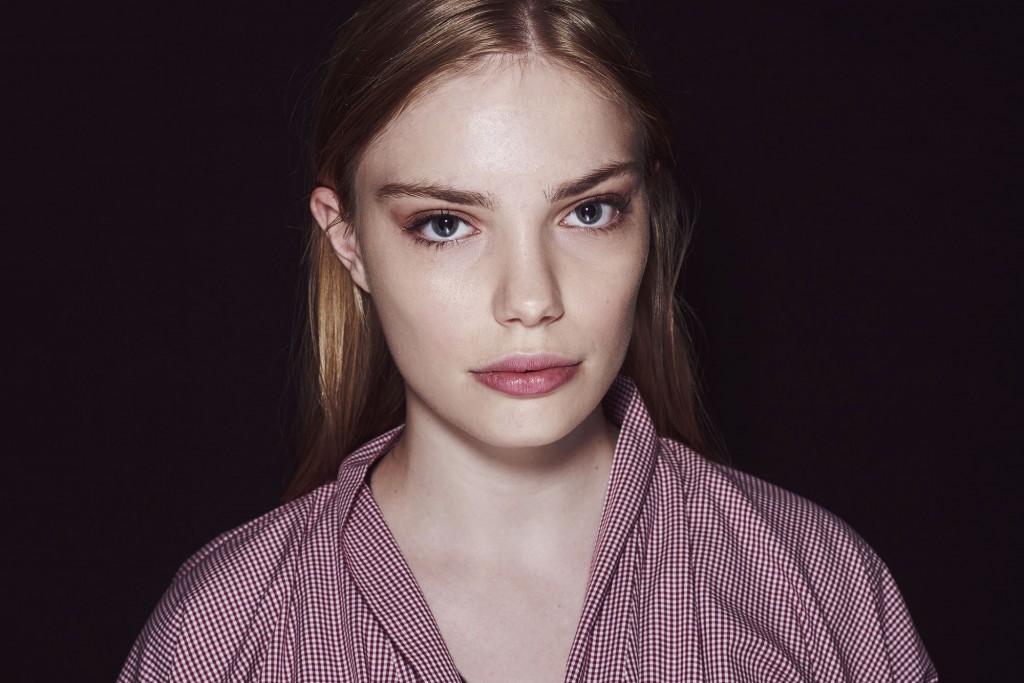