They say all roads lead to one. And in the fashion world, that road is Paris. Paris Fashion Week encapsulates all that true fashion is about- drama, creativity, total luxury, lust and effortlessness. Despite being in economic gloom, Paris always seems to deliver the fashion goods. Unlike, other fashion weeks, Paris presents intellectual fashion. It’s extravagance often means that only those with an authentic love of fashion understand and appreciate it. It’s thoughtful fashion. Perhaps it’s the backdrop of the most romantic city in the world or perhaps it’s the front row’s unrivalled wardrobe, but Paris Fashion Week is the dream of every striving, hard working fashion girl and guy.  Paris is the place to be seen. It’s the place of fashion’s Kings and Queens.

SKIRTS: Pleated, worn over trousers, sheer mini, midi, plaid and tartan. Skirts are always seen on the runways. However, this season they weren’t simply a basic teamed with a statement piece- skirts were the statement. 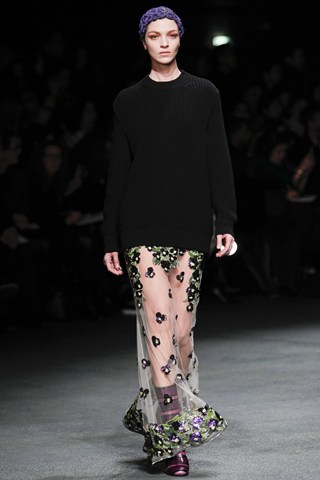 NAVY AND COLBALT BLUE: Although there’s never a blue moment when attending Paris Fashion Week (how could there be, when Chanel is on the program), there were certainly many models decked out in shades of darker blue and bright blue. Navy was seen paired with black or white creating a cool, midnight sophistication and cobalt blue was seen on top of each other in crisps suits or coloured blocked with other primary colours. 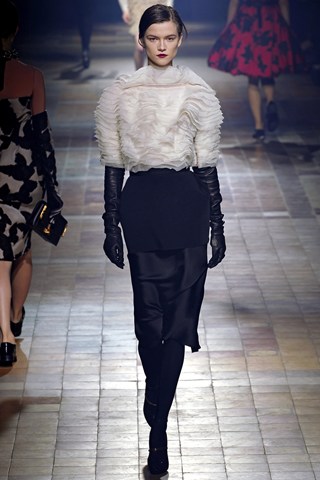 HUGE and COCOONED LINED COATS: Whether it was in the sleeves, the body or the lines, coats for A/W 2013 are going to be dramatic in proportion and size. However, don’t fret, the large silhouettes were anything but bad looking. Creating interesting, manly shapes the new style coats show that not all pieces have to be form fitting and tight to look stylish and sleek. The oversized pieces were effortlessly thrown on, bringing Parisian chic to the coming winters all around the world. 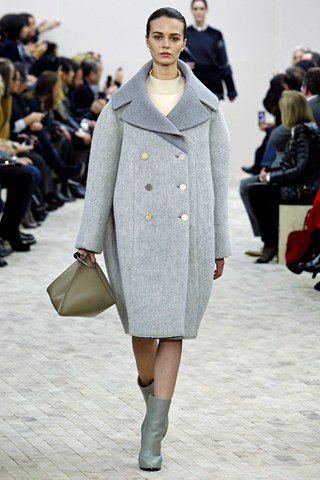 PLAIDS and TARTAN: Plaids were given a modern twist on the Paris runways, whilst still remaining cute and preppy. Colourful plaids were paired with soft pastel bases and classic tan, red and cream plaids were seen with blacks creating what will become a very “Clueless” look when eventually these styles filter into highstore stores. Tartan looked a little edgier and tougher than plaids. It looks like next winter will see a whole new generation of rebellious punk fashion. 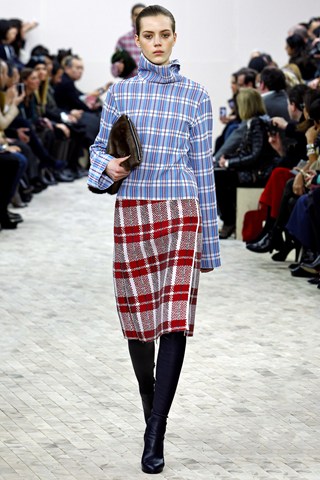 PINK: Raspberry, plum, cotton candy pink, baby pink and magenta. Along with blue, pink was one of the most dominant colours shown in Paris. Fitting, for the romance of Paris. It created a sense of fantasy and womanly prettiness. Paired with red, blacks creams and greys, even the most tomboys of girls might be adding touches of pinks to their looks. 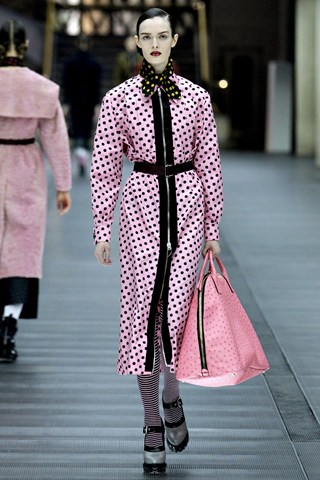 BANDEAUS: Shoulders and bare neck bones were taking the lead in sophisticated, grown up winter evening wear. Perhaps not appropriate for the winter day time, the bandeau will be your perfect piece for nights out. Acting as both a staple and statement, the bandeau is the perfect way to bring a hint of summer to a cold winter’s night. Just team with you new oversized coat! 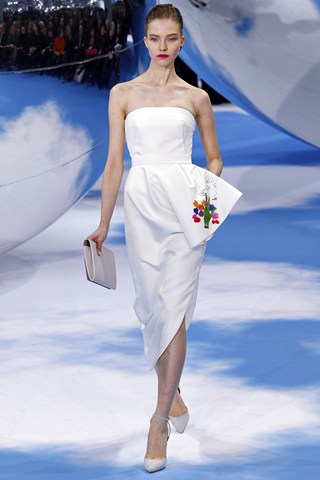 CAPES: This coming season capes will be less warm, cosy and “country get away” style and more masculine and sharp in shape. Capes will boast strong shoulders, deep necklines, clean stich detailing and more accurate slits to the arm pits rather than the looser knit versions of last season. Seen in monochrome black and white the cape will be a show stopper for evenings out. 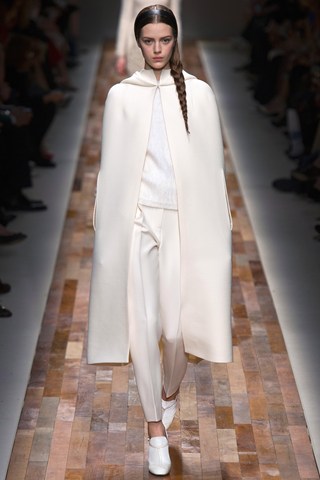 TIMES OF THE RENAISSANCE: Total extravagance, indulgence and luxury were also on full show. Many designers chose to hark back to past centuries. The Renaissance was the time of Kings and Queens, hierarchy, ridiculous wealth and everything gold and sparkly. The fashion shown in Paris was completely reflective of this- rich colours, precious jewels and opulent textures. 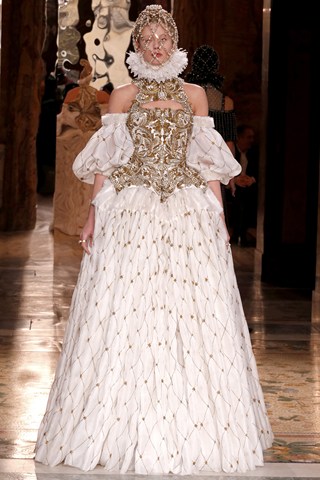 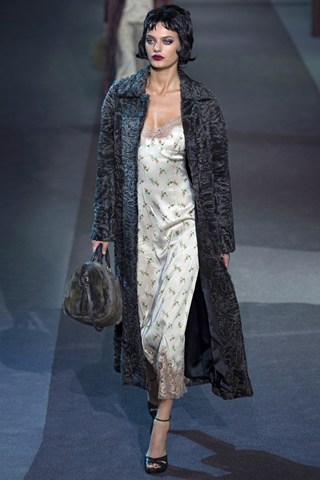 HATS AND HEADWEAR: these days it is hard to find folk who really know how to wear hats. Hats are not essential day pieces anymore… until now. Hats and headwear were the perfect way to top off a faultless fashion season in the great city of Paris. 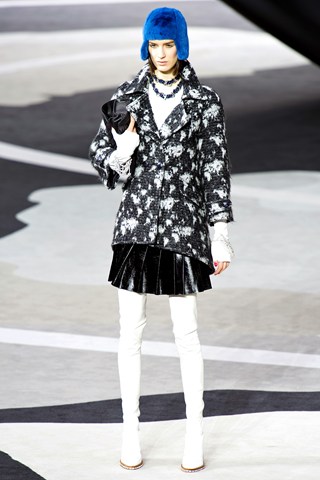 To Paris with love… We look forward to your next fashion season.