Ever considered dating online? Have a smart phone? Want to kill twenty minutes whilst waiting for your train? Then look no further because dating apps are here and they’re thirty seconds away from nestling amongst your Facebook, Twitter, Pinterest and Instagram accounts. Best of all: they’re free.

Couturing’s lifestyle team decided that between Valentine’s Day and rustling up bridal content, we’d missed something. Amongst us we have newly singles, serial monogamists, active daters and long-term lovers. We opened up the conversation about how one finds love, or fun, and it became apparent that online dating, dating apps and speed dating were increasing in popularity but were still not considered ‘the social norm’. 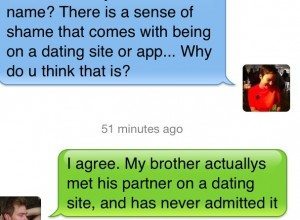 Sure everyone fantasizes about meeting that special someone in a book store as you both reach for the last copy of ‘The Essential Rumi’, but what’s the likelihood of that? Chances are, at best, you’re both in the self-help section reaching for ‘It Just Hasn’t Happened Yet’; you lock eyes, get embarrassed and then start looking off in other directions calling out ‘travel?’

Few people have really romantic, chance meetings. More often than not, you meet your significant other at school, university, work, or through a friend – but what if you work from home? Or you work antisocial hours? Or you don’t want to date someone with the same profession as you because you think all accountants are boring? (Except for you, you’re the exception).

We all, however, use the Internet and have smart phones; most of us live fast-paced lives and possess enough curiosity to try anything once, so why not something already at our fingertips?

As a little social experiment the Lifestyle team put ourselves at the forefront of dating, to gather all the facts for you. Meri and Marco attended speed dating, Ashley shared her experiences with online dating, and I decided to download fivevery popular dating apps; OkCupid, Blendr, Brenda, Grindr and the free Russian women dating site, Bride Online. Casting our nets into the dating pool, we have come back from our fishing trip with smiles on our faces and some slightly embellished campfire stories.

OkCupid is predominantly for heterosexuals, as is Blendr, but you can select your sexual preference as an option on your profile. Brenda is specifically for women seeking women, and Grindr is for men seeking men. I used my real profile for all apps except for Grindr, in that case, a friend obliged (out of curiosity and probably an ego boost). I made an ethical decision that since I was there predominantly for research (keeping an open mind all the while) I shouldn’t instigate conversation. Instead, I waited patiently to see what interest I might attract.

Blendr, OkCupid and Grindr allow you to see who has viewed your profile and at what time. Brenda requires you to pay a small extra fee to see who has been ‘tracking’ you. It was flattering watching the number of views accumulate after they had seen my profile picture and decided to find out more. It was even more affirming when people would make the next move to ‘chat’ to me.

Singles always hope that after some shared eye contact across a bar, the other person will make the next move to say hello. How often does it happen? Not enough! Too often it’s a game of chicken, leading people to drink until they gather enough courage to go up and say, ‘hey, I like your beard’, which actually becomes ‘eyyylikbeeeerrr’ because you have drunk too much.

Digital dating allows people the confidence to open up a discussion. You’ve included all your likes and dislikes, views and values in your profile. It’s only natural that after a gentle chat or two, you’re going to have a pretty good feel of who they are. That’s miles ahead of the guys still slogging it out over bars every Friday.

I asked a lot of the people on the dating apps about why they were there and if they liked it. I asked how long and how successful had they been. And about the stigma attached to online dating/dating apps. Most were very happy to answer my questions and most had positive results.

Girls seeking guys? If you can filter out the creepers… and you’ll know who they are… they generally open with lines like ‘my cat thinks you’re cute, meow’ or have a picture of themselves with an ex-girlfriend whose face has been scribbled out. Guys have embraced the techy world with arms wide open, they are genuine and are probably on there because finding a girl online is more appealing than finding her in Maccas at 3am Saturday morning.

Guys seeking girls? These girls are forward thinking, independent and know their way around a computer. Hot. If you’re brave enough to make the first move, start with something simple, ‘hey, I’m John, nice to e-meet you’ is simple and gives her the opportunity to take the conversation to the next level.

Out of the two I used, OkCupid was definitely my favourite. People are required to answer a lot of personality defining questions, so your compatibility with other users becomes quite clear.

Guys seeking guys? Grindr seems to be effective and straight to the point. But if you are looking for something a little more serious a friend of mine signed up with RSVP, and had great success. He has been with his boyfriend for over twelve months and is incredibly happy.

Girls seeking girls? Brenda allows you to view people’s profiles and chat for free but anything else will cost you.  I didn’t have much success with Brenda, having made a choice not to make the first move and not being able to see who had viewed my profile, it became difficult to tell how effective the app was. I had a couple of girls open a ‘chat’, their approach being friendly rather than suggestive, made me feel it’s more of a place to expand your friendship network. That’s not to say there aren’t women cruising for action too. It seems like a nice app to have long-term if you are not looking to get too serious too quickly, as opposed to Blendr or OkCupid, where people want to see numbers in action.

Friends in New York say that almost everyone has a dating profile. There is no shame in it, it is just another social network and innovation that makes our lives easier. If you have ever thought about it, take the risk; you’ll be pleasantly surprised at how easy it is, how much fun you have and how many ‘normal’ people are there too.