While a night in on the couch in front of the heater after a long week at work might sound like a tempting offer in the middle of winter, Madame Brussel’s Lane is bringing the spirit of a European night market to Melbourne this season. 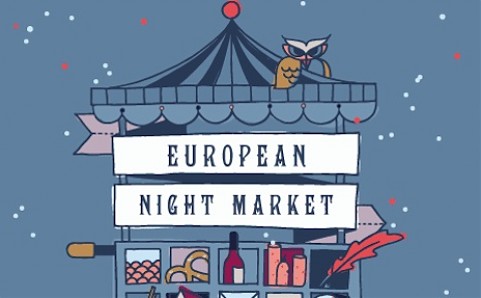 Treat yourself to an ale in the German beer garden at The Fringe, indulge in an Italian aperitivo at Babbo, enjoy live music and entertainment or pick yourself up a something something special from a great range of pop-up stalls from some of Melbourne’s quintesssential retailers including Spoilt Gift & Homewares.

Speaking about the concept, Madame Brussels Lane marketing manger Roselle Sorrentino said the inaugural European Night Market was inspired by the classic Christmas night markets in Manchester UK and adored in countries such as Austra, Germany and Switzerland. “We all know that Melburnians love their food and beverages, yet the city is not known for its night markets. We felt that the laneway lent itself perfectly to host a night market and start a new tradition in the Paris end of town.”

It seems fitting to tap into the European heritage of Madame Brussels Lane which was formerly home to the infamous Madame Brussels brothel owned by the colourful German-born Caroline Baum.

So this winter, enjoy a Friday night out friends at the Madame Brussels Lane European Night Market. The Night Market will be held on Friday evenings from 4pm ’til late on 18 and 25 July and 1 and 8 or August.