The 2013 Lavazza Italian Film Festival begins today with the Festival’s Gala opening tonight in Melbourne and Sydney. Running from today until 27 October 2013, the festival, now in its 14th year, brings some of the Italian industry’s most acclaimed films,  beginning with the opening gala film, The Great Beauty. 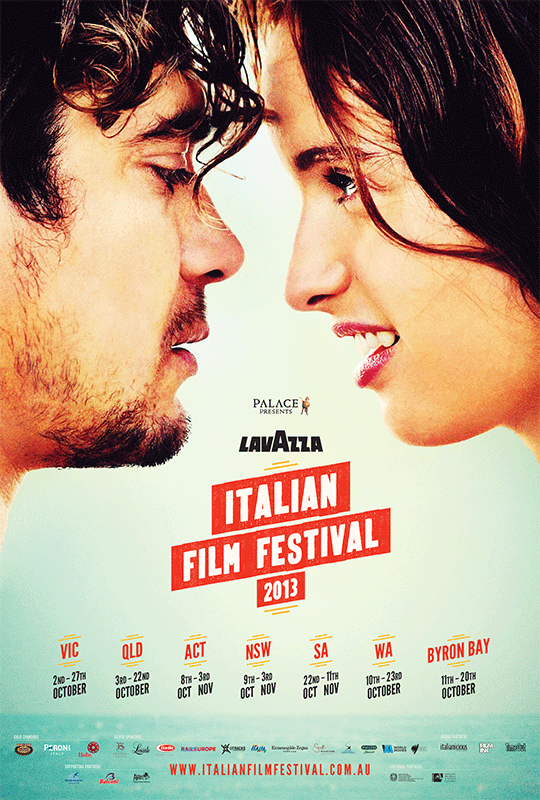 Lavazza and Palace Cinemas were thrilled to welcome supermodel Nicole Trunfio to the family as ambassador for the 2013 Lavazza Italian Film Festival. Now dividing her time between the runways of New York and Australia, the West Australian local is of Italian-Australian background and has worked with the world’s best known fashion houses including Chanel, Versace, Fendi, Gucci and Dolce & Gabbana, and friend of Lavazza, Roberto Cavalli.

Lavazza National Marketing Manager, Stuart Smyth, said Nicole was an easy choice for this year’s face of the Festival, “Lavazza is proud to again be the major sponsor of the Lavazza Italian Film Festival and for us Nicole is the perfect ambassador for the festival as she is young, stylish, well-travelled and of course a lover of a quality espresso.”

“We’re excited to host Nicole while she’s in Australia and we’re hoping to take her to some of our top restaurants where Lavazza coffee is served. She will also be appearing at Palace Cinemas in Melbourne and Sydney for the Festival’s Gala Opening Nights along with international film star Clara Ponsot,” said Smyth.