Making the perfect dumpling might seem easy but after spending time with the wonderful dim sum chefs at New Shanghai, I definitely have a new found respect for how much effort goes into making those little morsels of deliciousness. 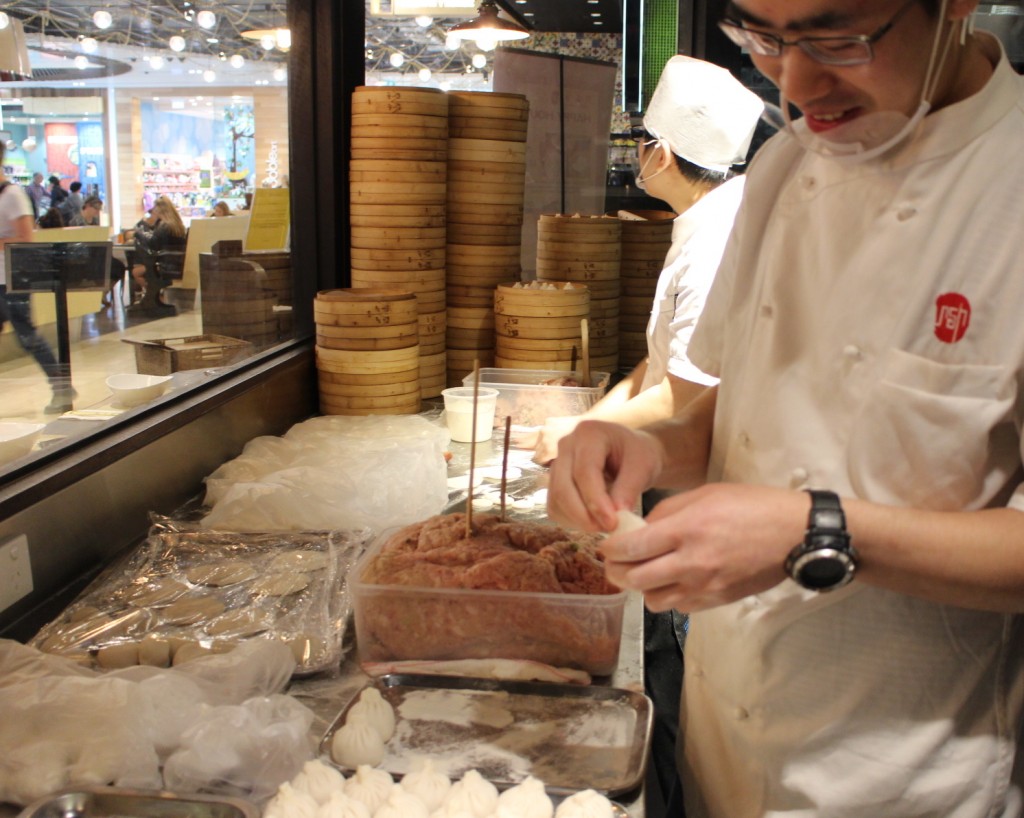 We were lucky enough to be invited to spend some time with Chef Sam, master dumpling chef at New Shanghai at Melbourne’s Emporium (he’s one of the people you see behind the glass, displaying his supreme dumpling making skills). The restaurant, one of the best additions to the Melbourne’s dumpling scene in recent times, serves thousands of dumplings a day, with the most popular dumplings selling over a thousand a day for those items alone. It’s hard to believe that Chef Sam and the team make so many dumplings in a day but because of the delicate nature of some of the dumplings, they need to be made fresh daily.

I’ll be honest, I’ve never made true blue dumplings. I’ve dabbled in making dim sims (think South Melbourne dim sims) but never made anything more than that. So stepping into the New Shanghai kitchen, was a bit daunting.

Chef Sam showed us how to make the Pan Fried Pork Buns and Xiao Long Bao. Both use the same mixture but the dough is different. 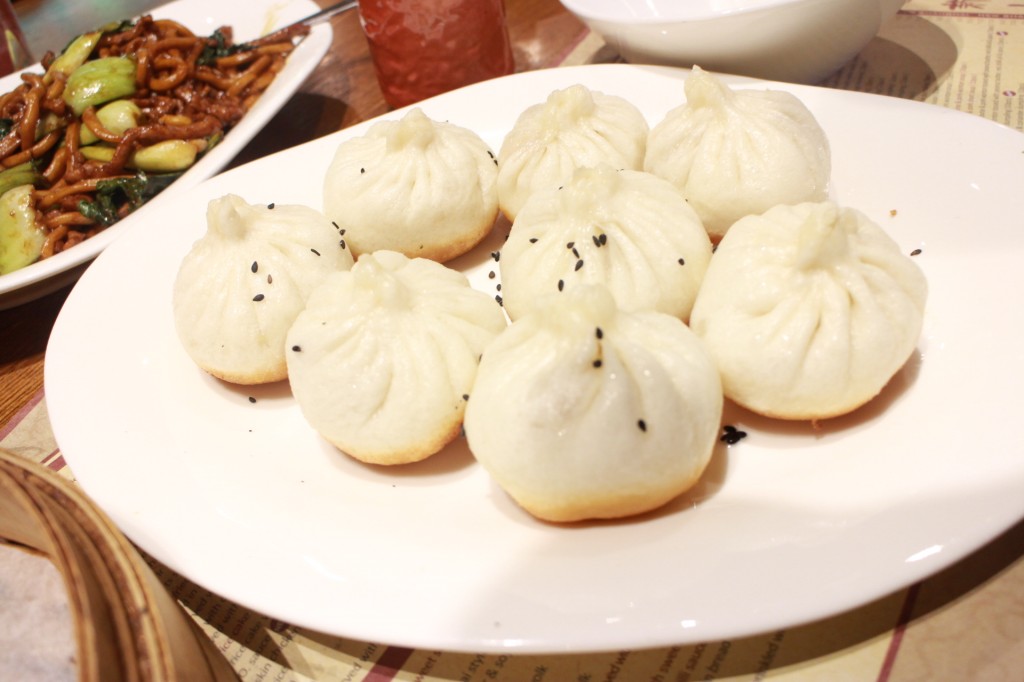 The first one we made was the Pan Fried Pork Buns. If you haven’t tried one of the beautiful Pan Fried Pork Buns dumplings, it is a must. The dough of this dumpling is similar to the fluffy BBQ pork bun dough but the filling of a Xiao Long Bao. The dough is firmer than that of the Xiao Long Bao and once rolled out to resemble a small disc, the dough is placed into the palm of the hand and shaped into a mini bowl. A small ball of mixture is placed into the middle of the dough and using a twisting motion, and you use the index finger and thumb to create the folds and twist the dough around to create the dumpling. Each Pan Fried Dumpling has between 18-20 folds that create a little mouth at the top of the dumpling – creating a small vent for the steam to escape when they are placed in big steamers. 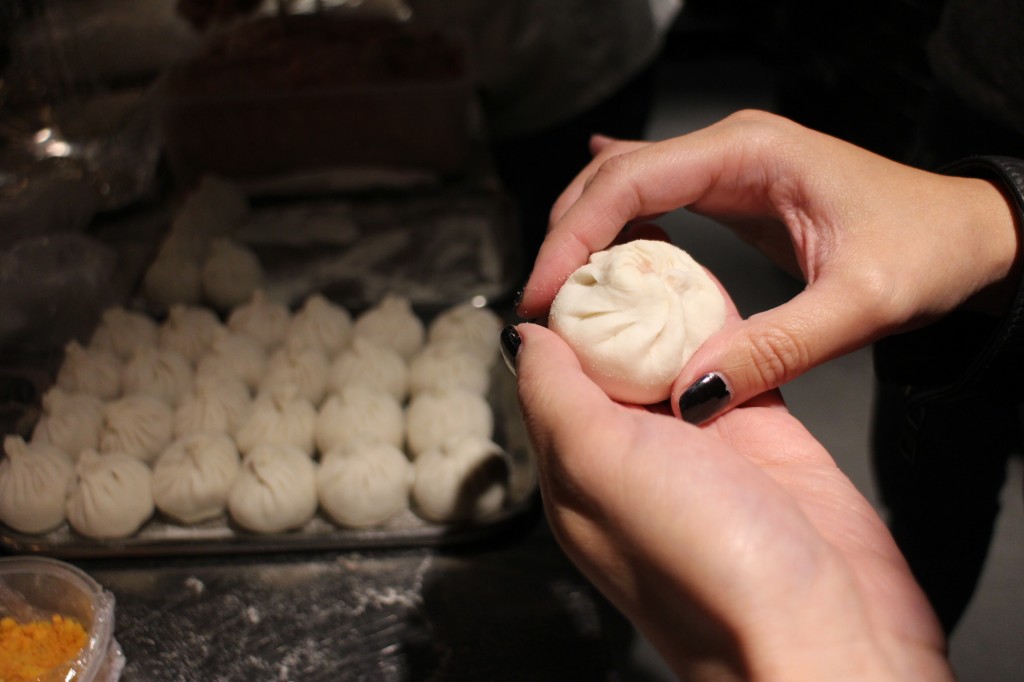 My attempt at making a dumpling – not bad?

The Xiao Long Bao uses the same technique only that the dough is different. This is more your traditional dumpling skin and is more delicate. The size of the dough is also a lot smaller meaning you require additional skill to be able to create the folds in this dumpling. 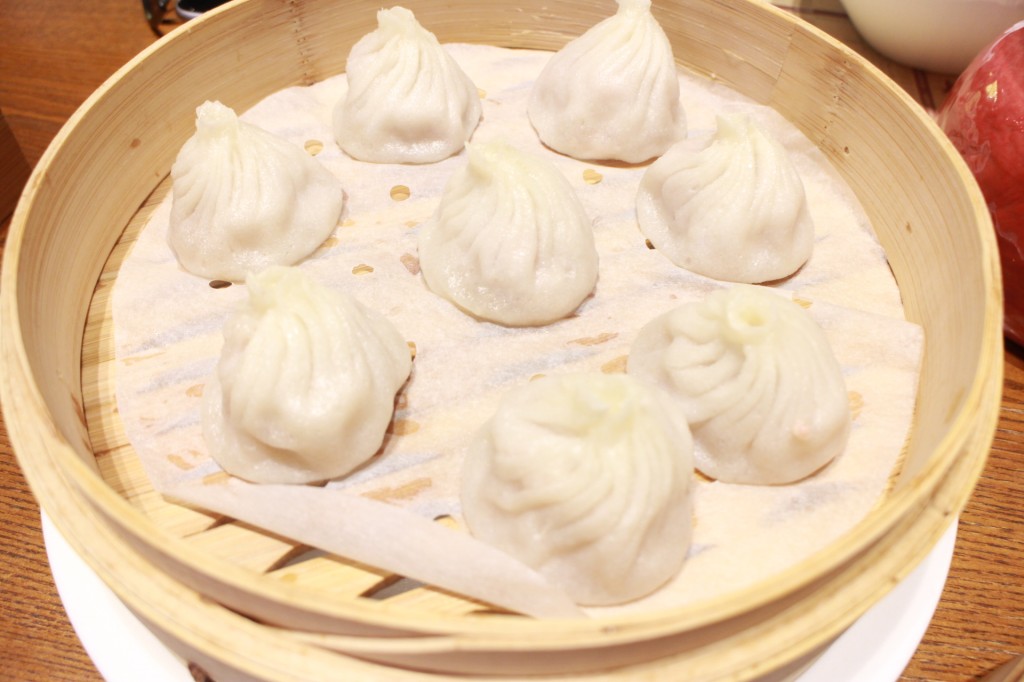 Chef Sam said that he studied dumpling making for three years, and I’d have to say with the huge array of different dumplings on offer at New Shanghai, it would definitely require that much study. The next time you have dumplings, you’ll appreciate the effort involved in creating each of the different types of dumplings! 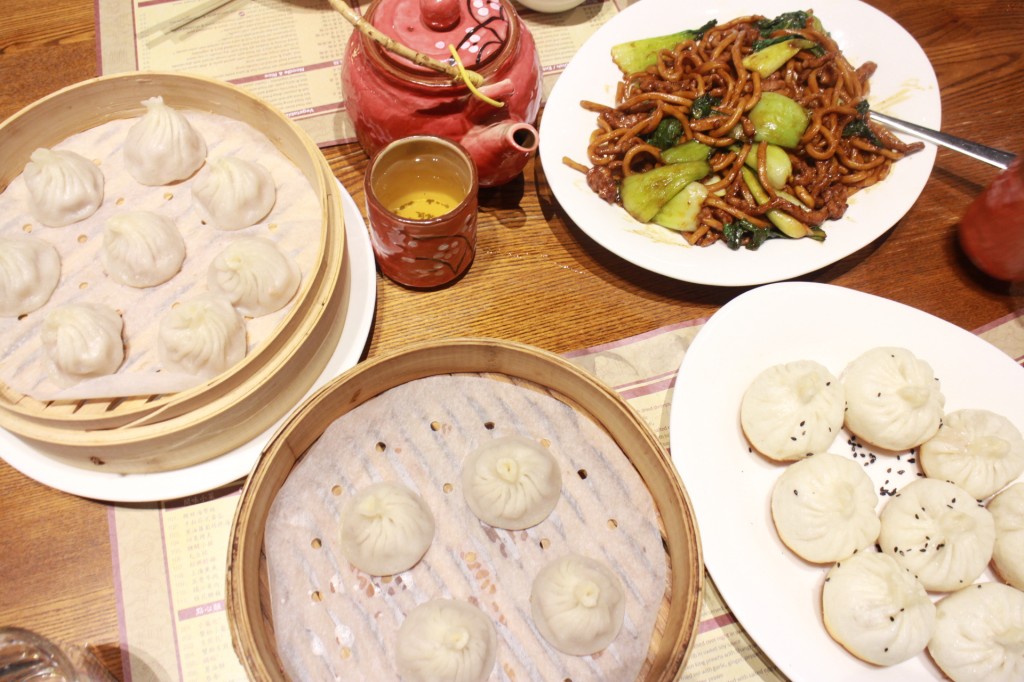 I don’t think I’ll be recreating these particular dumplings at home any time soon, I have another 1,094 days of practice before I’d be able to do it properly. For now, I’ll continue my regular visits to New Shanghai to enjoy some of my favourite dumplings in Melbourne.