Iconic, graceful and talented. Only some of the words to describe one of Hollywood’s leading actresses, Naomi Watts who has just been announced as the newest member of the L’Oreal Paris’ family of Spokespersons. A versatile actress as well as a devoted mother, Naomi is a genuine symbol of the qualities that L’Oreal Paris Spokespersons embody. 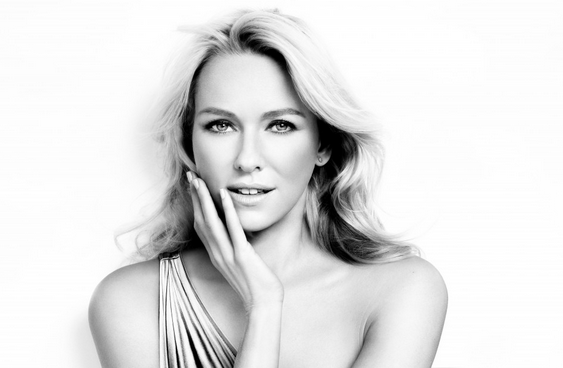 “Naomi is the symbol of genuine and radiant beauty. Her seemingly fragile exterior contrasts with the fierce determination that has driven her career to great heights. Luminous, sincere and charismatic, she embodies the essence of a Woman of Worth. Her timeless beauty has made her the perfect woman to endorse our ultimate skincare innovation, Revitalift Filler,” enthused Cyril Chapuy, Brand Global President of L’Oréal Paris.

“I am deeply honored to join this inspirational brand. L’Oréal Paris has been telling women for decades that they are ‘worth it’—this is not a slogan, it’s an inspirational mantra. L’Oréal Paris embodies much more than legendary products, it also promotes self- affirmation, self-confidence and allows each and every woman to value herself no matter what her age, background or nationality,” said Naomi Watts.

Born in England, Naomi Watts was raised in Australia, where she studied acting and launched her stellar career. Blending English wit and Australian charm, Naomi chooses her roles with great care. Her breakthrough performance in David Lynch’s Mulholland Drive in 2001 lit up the screen and had respected directors standing up and taking notice. The role earned her Best Actress awards from esteemed organizations, including the National Board of Review and National Society of Film Critics. Her roles in blockbusters such as King Kong to dramas such as 21 grams, have earned her critical acclaim and nominations from the esteemed Academy Awards, the Golden Globes and the Screen Actors Guild Award. Naomi’s upcoming projects include director Gus Van Sant’s latest film, Sea of Trees alongside Matthew McConaughey. She is now shooting Demolition co-starring Jake Gyllenhaal.

Naomi also devotes her time to raising awareness for AIDS- related issues and is a Goodwill Ambassador for the Joint United Nations Program on HIV/AIDS and an inaugural member of the AIDS Red Ribbon Awards. She joins L’Oréal Paris’ proud family of inspirational spokespersons including Julianne Moore, Freida Pinto, Eva Longoria, Blake Lively and Jane Fonda.