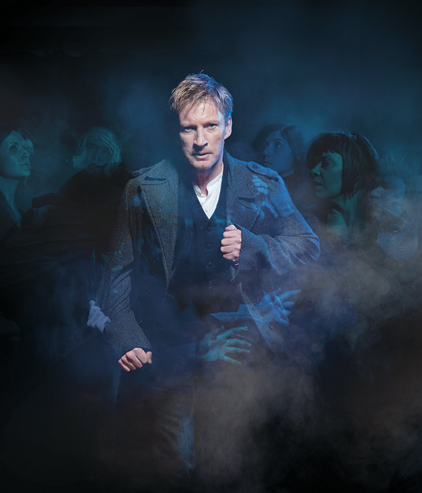 Based upon the Salem Witch Trials of the 1690’s, Arthur Miller’s classic tale, ‘The Crucible’ is being revisited by Melbourne Theatre Company as part of their ‘New Light’ season. Regarded as a ‘masterpiece’ of the twentieth century, The Crucible is a play of great depth and power. The work follows the sad plight of John Proctor as his wife, Elizabeth, is accused of witchcraft. This leads to a series of events that tells a haunting tale of a time where no one is safe and no one can be trusted.

Frequently described as a “young gun” of the Australian theatre scene, Associate Artistic Director of MTC, Sam Strong, is directing the piece. Drawn to The Crucible for its perfect plot, Strong has expressed his sound admiration for the play, saying that “there is no better told story than The Crucible”. For Strong, The Crucible is a perfect example of “the power that well told story can exert on a room full of people.”

Featuring a host of Australian actors, including David Wenham as the tragic John Proctor, The Crucible will run from the 22nd of June until the 3rd of August in The Sumner at Melbourne Theatre Company.