Albert Park, Melbourne. Home to the Australian Grand Prix and also the location selected to launch the new Jaguar XE in a preview event for 250 VIPs. The event, perfectly timed to coincide with one of the premier motoring events in Australia, was hosted by Kris Smith, the evening’s MC, and the Managing Director of Jaguar Land Rover Australia, Matthew Wiesner. 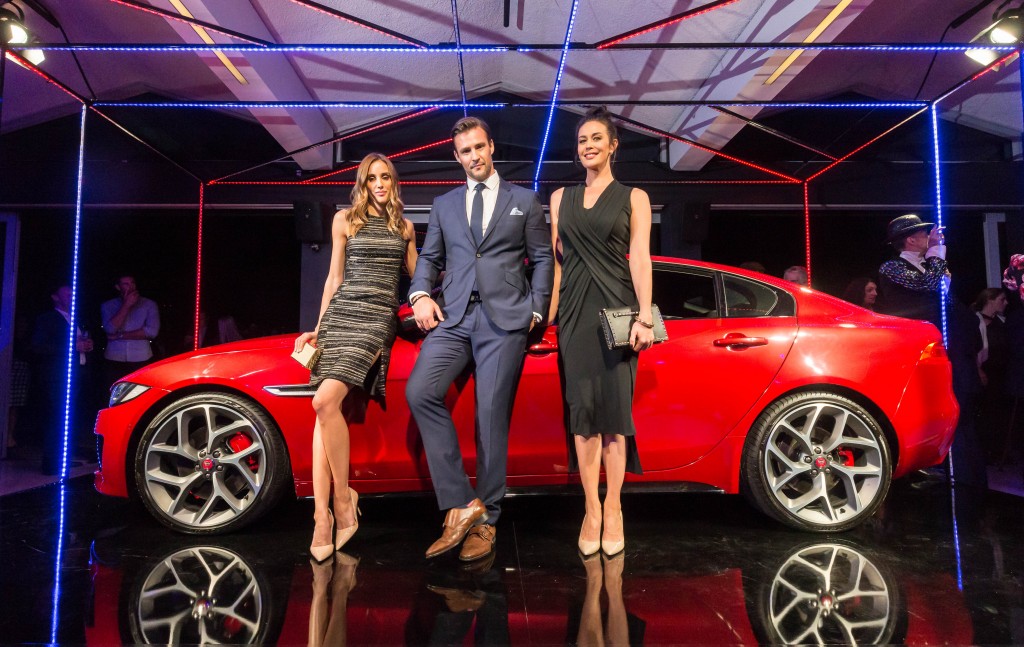 The event was held at The Carousel in Albert Park in a space re-imagined to reflect the cool British spirit of the car. With decor made over in contemporary red white and blue, referencing an abstract union jack, the theme of the night was #FEELXE, a catch-phrase that captures the Exciting, Exhilarating, Energy and Emotion of the New XE.

In front of a star-studded crowd that included Jaguar ambassadors Megan Gale and Rebecca Judd, the Jaguar XE was unveiled in a highly theatrical moment by a group of performers – the legendary Ministry of Dance – dressed in very British style in Burberry trenches and twirling black umbrellas. Guests sipped on Mumm and dined on Brit-inspired canapés, from roast beef with miniature Yorkshire puddings to kedgeree and fish’n’chips. 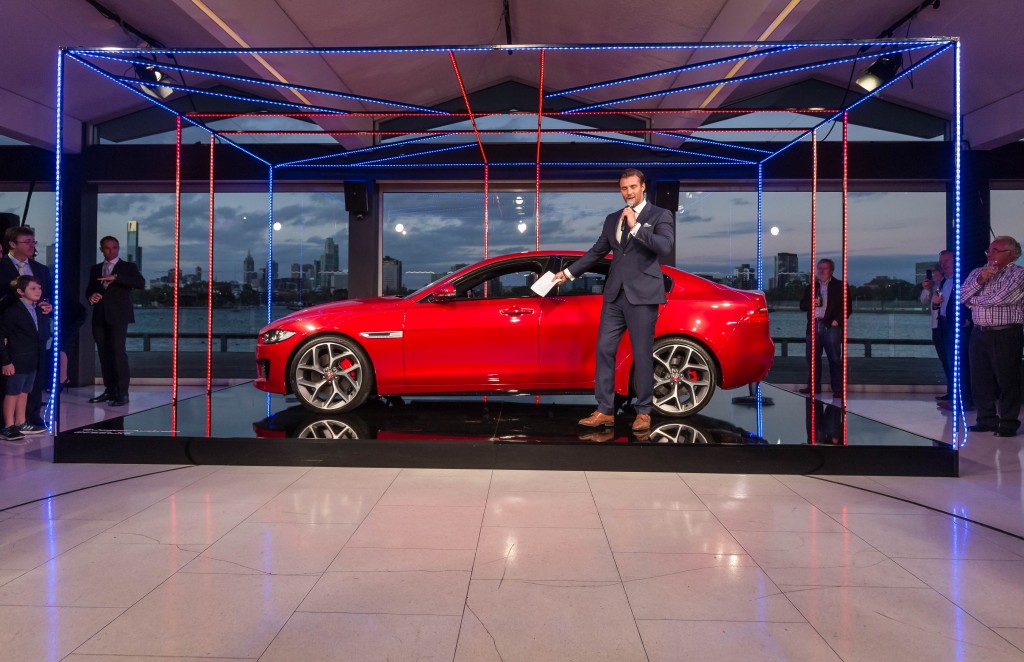 With its lightweight construction, streamlined styling, luxurious interior and outstanding ride and handling, the Jaguar XE embodies the company founder Sir William Lyons’ vision: ‘The car is the closest thing we will ever create to something that is alive’. The rear-drive XE is the only vehicle in its class to use an aluminium-intensive monocoque. This extremely robust yet light structure, together with double wishbone front suspension and an Integral Link rear axle, is fundamental to the XE’s innovative benchmark vehicle dynamics and enables exceptional fuel consumption and emissions figures: with the new Ingenium diesel engines, the XE can achieve 75mpg and 99g/km CO2 – the most efficient Jaguar ever.

Says Matthew Weisner of the new Jaguar: “This is a car for people who love driving cars. It’s the lightest, most dynamic Jaguar that we’ve ever produced and, together with its affordability, is going to change the space in its category. It’s instantly recognizable as a Jaguar but it’s going to appeal to a new segment that is attracted by its British cool.”

For more information and specifications of the Jaguar XE visit www.jaguar.com.au