As stated by the one and only Bono, “Richard Dormer’s performance is a transcendent, anarchic, amazing joy! If you love music, movies or being alive you’ll love Good Vibrations”, and I couldn’t have put it better myself. Featuring an inspiring performance by Games of Thrones’ Richard Dormer, Good Vibrations, is the high-energy true story of Belfast music legend Terri Hooley, whose effusive passion for great music and good times gave rise to the birth of the 1970’s alternate Irish music. Terri Hooley is a radical, rebel and music-lover in 1970s Belfast, when the bloody conflict known as the Troubles shuts down his city. As all his friends take sides and take up arms, Terri opens a record shop on the most bombed half-mile in Europe and calls it Good Vibrations. Through it he discovers a compelling voice of resistance in the city’s nascent underground punk scene. Spurring the young musicians into action, he becomes the unlikely leader of a motley band of kids and punks who join him in his mission to create a new community, an Alternative Ulster, to bring his city back to life. 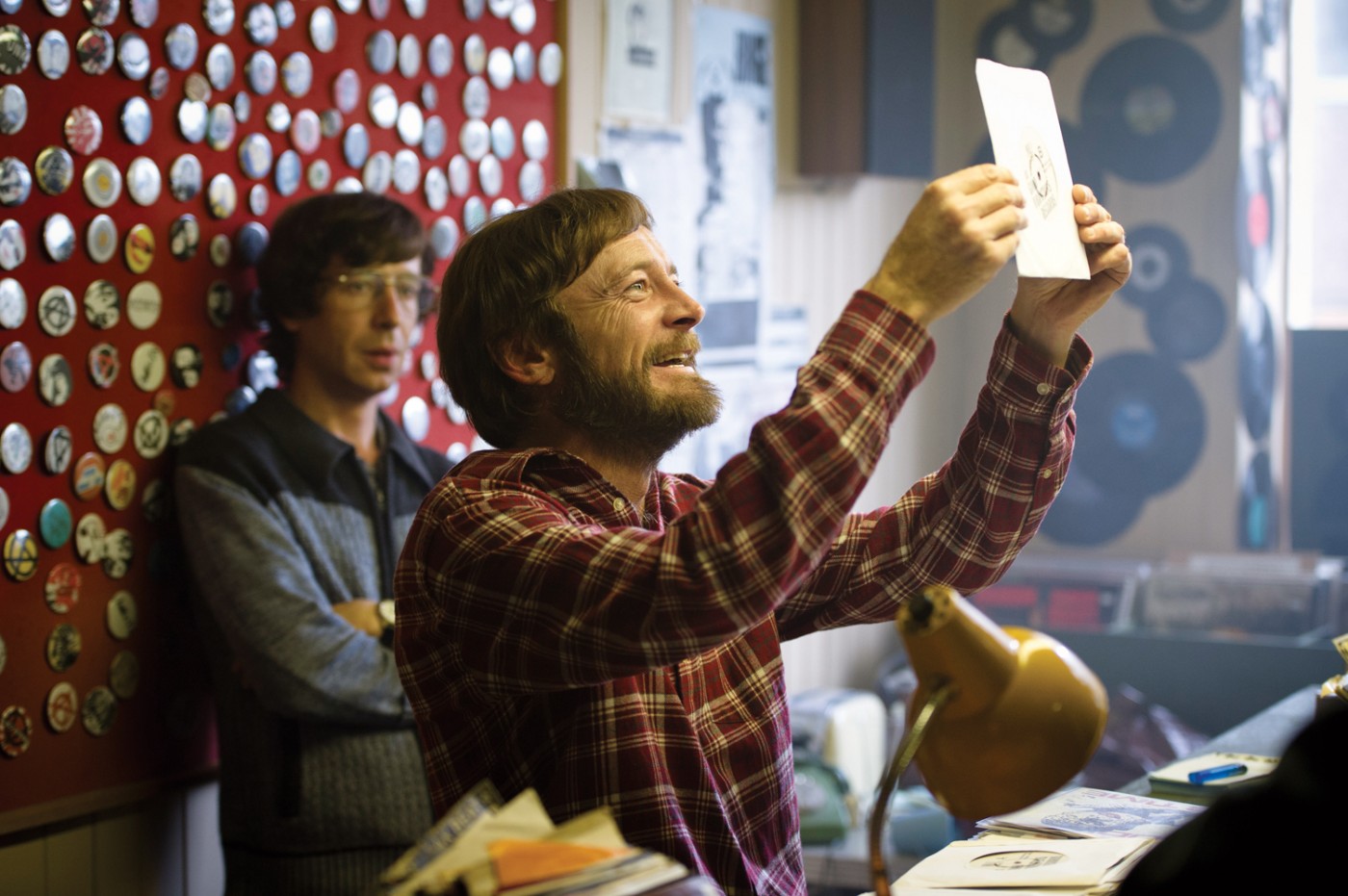 Going into this movie with no expectations and even a little doubt that anybody who didn’t grow up experiencing the 70’s could truly appreciate or enjoy this ‘based on a true story’ movie, I was pleasantly blown away. From the opening scene it had me hooked with directors, Lisa Barros D’sa and Glenn Leyburn’s clever approach in combining both the ugly side of the political conflict happening in Belfast with the fun and carefree spirits of the music scene. The main highlight of this energetic film for me had to be the music; I had my feet tapping almost fifty percent of the time during the film and cannot wait to get my hands on the soundtrack. Put together by Terri Hooley himself, in collaboration with Northern Irish DJ, musician and composer, David Holmes, the soundtrack includes music from The Undertones, Teenage Kicks, The Outcasts, Rudi and Stiff Little Fingers, all of whom Terri worked with, alongside, Hank Williams, David Bowie, Bert Jansch, The Shangri-Las, and many more.

Good Vibrations was produced by Australian Bruno Charlesworth, with the film scoring a joint BAFTA nomination in the Outstanding Debut by a British Writer, Director or Producer category for Belfast-born writers Glenn Patterson and Colin Carberry, and watching it I can see why. This infectious movie left me feeling inspired and is one for any age group, so grab your parents, your friend or even your Grandma and head to the  cinema this June for a film not to be missed. Catch it at Cinema Nova Carlton from  June 12th.