Let’s face it, fashion week isn’t just about fashion. While we want to know all about the latest trends which take to the runway, we also want to find out who said what to who and when. We are excited to announce that Couturing are partnering with Lenovo to bring you an exclusive, and independent never seen before look at VAMFF. We are teaming up with some of Australia’s biggest bloggers to capture what it’s like at fashion week from the front row.

Vydia Rishie (The VR Verdict), Jasmin Howell (Friend in Fashion), Lisa Hamilton (See Want Shop), Rachel Anderson (Rachelleeaa), Stef and Jess Dadon (How Two Live) and myself will be armed with hidden cameras, Lenovo tablets and a roving camera to record all the drama during the festival. Each blogger is assigned to a different night, giving them the chance to share with you, their front row experience. Their video will be uploaded on to our YouTube channel the very next morning after the show.

So stay tuned to Couturing for all the fashion, drama, gossip and action that is VAMFF. 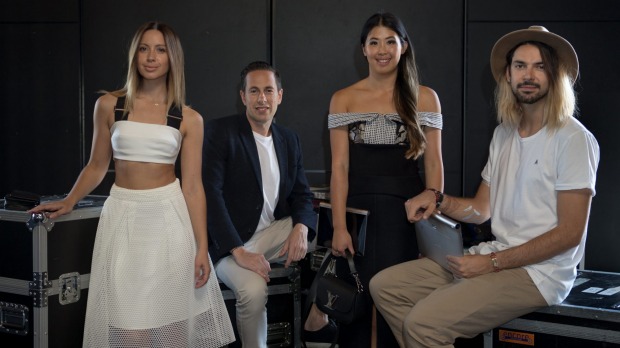 Picture courtesy of The Age