Campari has released the Red Diaries, a revolution on the much sought after Campari calendar. Keeping with the tradition of the Campari Calendar of days gone by, as well as to ensure Campari Red Diaries is a true evolution, Campari have launched a short film as ‘Killer in Red’, starring Hollywood actor Clive Owen and directed by Paolo Sorrentino to celebrate this campaign.

As a noir set in the early 1980s, costume and styling was a key consideration when filming Killer in Red, in channelling the high-energy zeitgeist of the era with true authenticity – something which is no mean feat when working with a cast of more than 170. Campari worked alongside the prestigious and renowned Italian costume designer, Carlo Poggioli, whose passion for costume design has resulted in much critical acclaim, including a Jutra and Genie Award (the Canadian Oscars) for Best Costume Design for Silk, a BAFTA Award for Cold Mountain, an Emmy Award for The Mists of Avalon and a David di Donatello Award for Youth, among others.

Poggioli oversaw the creation of bespoke costumes for the key cast members of Killer in Red by Il Costume, while sourcing numerous authentic costumes from the period from the likes of Tirelli, Costumi d’Arte, Giuseppina Angotzi’s Il Costume, Annamode and La Bottega di Alice, to dress Killer in Red’s many extras.

Carlo shared some of his experiences in working with Paolo Sorrentino and developing the look for Killer in Red. 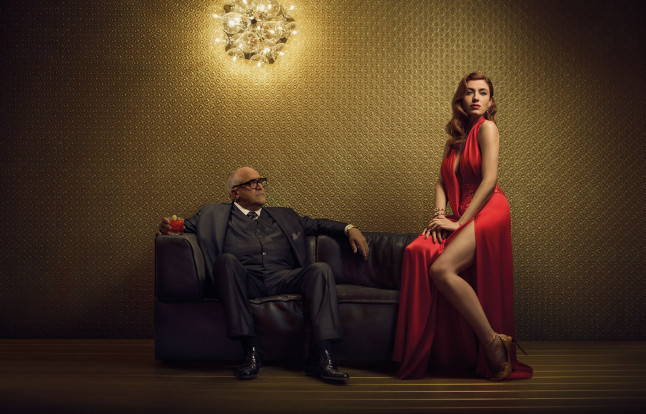 Carlo, what was it like to work with Paolo Sorrentino? How did you approach the creative process of costume design?

“I’ve been working with Sorrentino for a few years now. He’s one of my favourite directors – he has changed the way films are made and now he is changing the way TV series are made too.

“The first time we worked together was for the film ‘Youth’, while since then I have also been involved with the TV series ‘The Young Pope’ as well as some short films. I really enjoy working with him because even though he always has a very clear idea of what the characters and the feel of the project should be, he still allows room to express your own individual creativity.

“Whenever I meet Sorrentino to develop ideas for a project, I always bring a mood board with pictures and sketches for the main characters and the atmosphere, based on what we have discussed beforehand. I also bring some fabric swatches that I think could work for the outfits I’ve drawn, yet I always make sure to give him many options in terms of both colour and fabric quality.

“Once the sketches have been approved, we make the outfits in the atelier, before proceeding to the costume fitting stage. At that stage, anything can happen – we have to listen to feedback from the actors, the director and the director of photography – sometimes this means we have to start all over again.

“Sorrentino has a very keen eye for detail. He’s almost obsessive – he likes to check all the extras before they go on set and he’s so meticulous that sometimes he asks for different shoes or earrings for extras at the last minute to ensure everything is just so. Working with Sorrentino is a real thrill.”

Killer in Red is set the early 1980s in an American club. Where did you take your inspiration from?

“My collaborators and I – Luca Canfora, Serena Fiumi and Salvatore Salzano – collected many photos and videos from American clubs of the time, both in Los Angeles and New York. I then showed them to Sorrentino so we could make a decision on the types of costumes to go for.

People in the early ‘80s felt free to express themselves through their clothing. You could meet people from all walks of life in the clubs of the era – models, starlets looking for fame, artists, musicians and film and literary figures. People like Grace Jones, Madonna, Mick Jagger, Liza Minnelli, David Bowie, Andy Warhol, Diane Vreeland and even Truman Capote, along with many others that were not yet famous but would eventually become celebrities.” 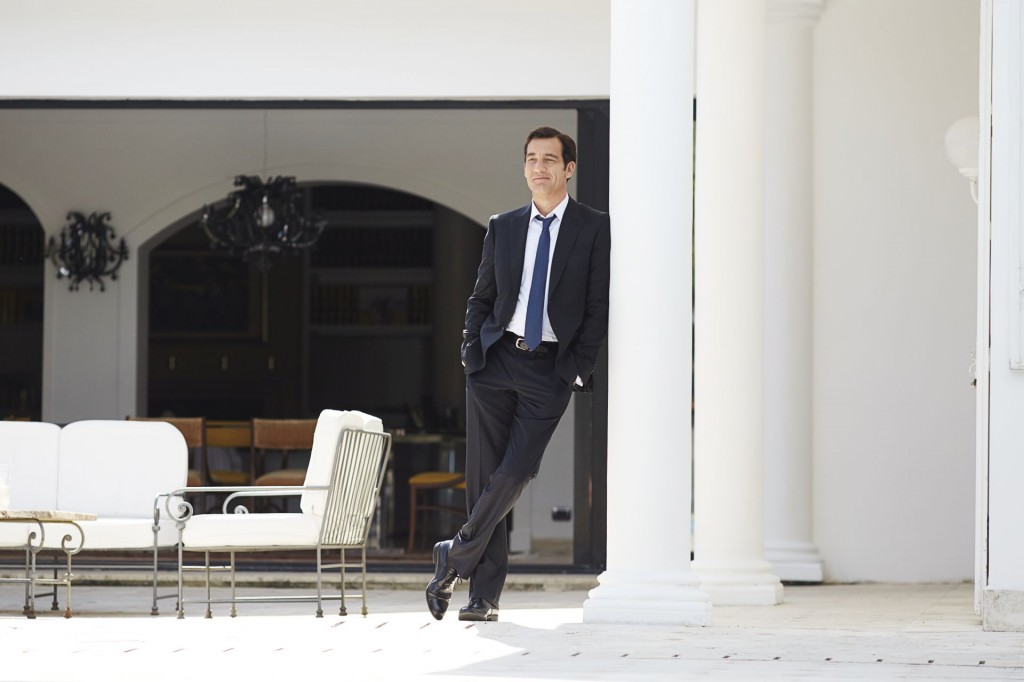 Where did your inspiration for the Lady in Red dress come from?

“The inspiration for the red dress worn by the Lady in Red came from fashion designers’ collections of the time. We used soft fabrics and the wrap dress design which were both very popular in the early ‘80s. Our Lady in Red was supposed to be mysterious, intriguing and sexy and I think the dress conveys this character very well. More specifically, it’s the shade of red we decided to use for the dress that makes her so unique. We made sure not to use dress any of the other characters in that shade of red. We must also say thank you to Bulgari as they helped us to complete the outfit with their wonderful ruby and diamond jewels.” 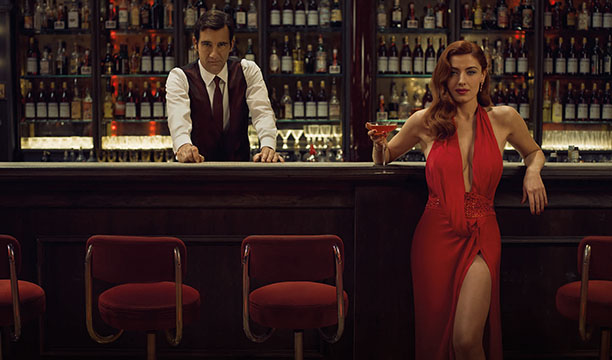 How did you dress the main actors and the 170 extras?

“All the main character’s costumes were designed specifically for them and were made by the ‘Il Costume’ atelier. Clive Owen wears a wonderful Armani suit during the part of the film that is set in the present-day. “For the extras, I borrowed lots of vintage clothes from the ateliers I usually work with – the legendary ‘Tirelli’, ‘Annamode’ and ‘La Bottega di Alice’. In some cases, we had to make the clothes ourselves, such as the unitards for some of the dancers, lamé t-shirts and dark gold lamé vests for the waiters.

“Also, the extras wore vintage jewels from ‘Jewel House’ in Rome which has a terrific collection of jewellery from the ‘80s.”

What was the greatest challenge in this project?

“The greatest challenge during this project was trying to shoot a film set in the early 1980s, yet from a contemporary perspective.”