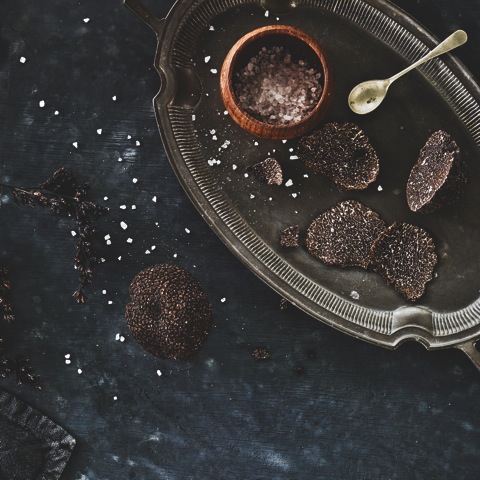 Truffles are hot in the world of food this Winter. Many of us aren’t au fait with the intricacies of this delicacy so we sat down with Nigel Wood, the founder and creator of Truffle Melbourne, happening this weekend (12-13 July) at Caulfield Racecourse , to talk all things Truffles.

For those that don’t know, what is a Truffle? What’s the difference between a black truffle and a while truffle?

Not to be confused with the chocolate truffle, the truffles  we’re talking about are a type of fungi that grows underground next to the roots of their “host” hazelnut or oak tree. They start to grow during the summer and ripen in winter; they have a pungent smell once ripe, so pungent that it attracts animals such as deer, wild boars or wallabies, which is why when harvesting we use truffle savvy dogs and sows. This is how they propagate in the wild – by putting out that fabulous aroma to attract something to eat them – they want to be eaten!

Most truffles grown in Australia are the French black winter truffle – the botanical name is Tuber Melanosporum, sometimes also called the Perigord black winter truffle, after a region in France where they grow in the wild. The difference between the two colours, is the type of fungi they actually are. White truffles can only be harvested in the wild in the European winter, as no-one has been able to cultivate them, whereas black truffles grow from different fungi which we have learned to cultivate. So the Italian white winter truffle, Tuber Magnatum, is the most valuable because they can only be wild harvested in Europe (Italy, Croatia, Hungary) and the black truffle can be cultivated. I actually prefer the flavor of the black truffle – it’s more pungent, and can take a little heat at the end of the cooking process, whereas the white truffle has a more subtle flavor and won’t stand any cooking. 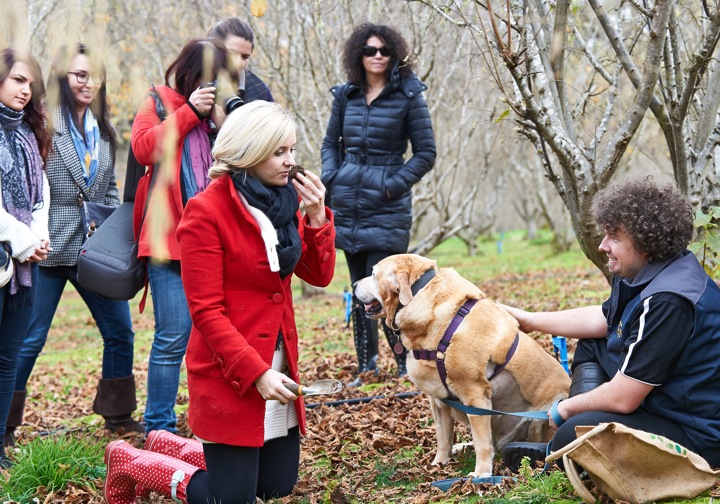 In Australia we haven’t really had that much exposure to Truffles. How have you seen that change over the years? Are people embracing it more?

Australia is now the fourth largest truffle producing country in the world. We have roughly 200 growers across the country; these range from small boutique operations with one or two people at the helm, to Australia’s largest producer (which is now also the world’s largest producer) with 30 staff.

The Australian truffle industry is booming! Last week we produced an Australian record truffle – 1.172 Kg – almost the size of a basketball! 80% of Australia’s black truffle crop is exported and now finds its way to the best tables in Paris, London, New York, Hong Kong, Singapore and the Middle East – in total around 35 countries enjoy Aussie grown truffles and we’re producing tonnes and tonnes of the decadent ingredient.

Australian’s are definitely embracing the truffle more and more, and this is a tribute to our quality growers and to the fine chefs we have in Australia, and also due a bit to the popularity of the TV chef – the MKR and Masterchef phenomenon. People want to try them, and Truffle Melbourne will show them how. 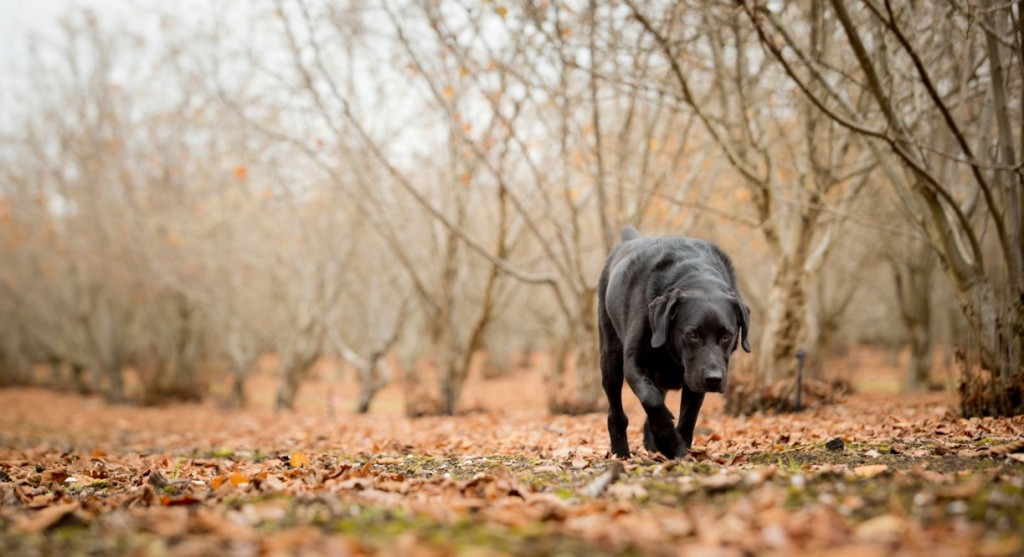 3. What makes a good truffle? Are there any differences between the ones here and elsewhere (e.g. France).

Just as there are differences between the same wine grape grown in different regions or countries, the same is true for truffle – there is a “terroir” effect – the different types of soil and climate impacts on the kind of earthy flavour. But even in Paris, chefs there now recognise the quality of Australian grown truffles as equal to their own.

French black winter truffles (there are also some summer truffles too) tend to be described as some of the most decadent and expensive truffles in the world, but they are also an affordable luxury for cooking at home – less than $100 of real truffle will do for a fabulous dinner party for 6 family or friends, and if you store them with eggs for 24 hours before cooking with them, you get free, truffle infused scrambled ages for breakfast the next morning as a bonus. That cost makes truffles an affordable luxury – as the cost is no more than the wines you’ll drink with your truffle feast. Aussie truffles are pungent, intense and feature an earthy fragrance that offers a unique culinary experience.

What foods/ingredients go best with Truffles?

Simple flavours that complement the taste of the truffle are by far the best.

–       Cheese – all varieties, but Brie, Gruyere and Parmesan are the best I think (a simple “Brie sandwich”, made by slicing the brie in half, shaving truffle in the middle then closing up and infusing for 24 hours in your crisper draw is easy and so tasty)

–       Root vegetables – shaved through mashed potatoes, and celeriac or parsnips make a marvelous soup with truffle

–       Truffled ice cream is to die for too! And if ever I have any fresh truffle left over, I’ll drop a few slices in a bottle of vodka for a few days – makes great shots!

It’s all about the truffle, so pairing them with lightly flavoured ingredients is the key. Since fats carry the flavor best, that’s why dairy products work so well. But truffles also shine with animal fats – pork, duck, chicken and so on. Truffles can also be used as a form of ‘stuffing’ – I make a great roast chicken dish, using thinly sliced truffles under the skin of the chicken and then some mixed with the stuffing to really infuse the chicken with a decadent flavour.

My favourite truffle dish is scrambled eggs using infused eggs, the morning after a truffle feast with my friends. 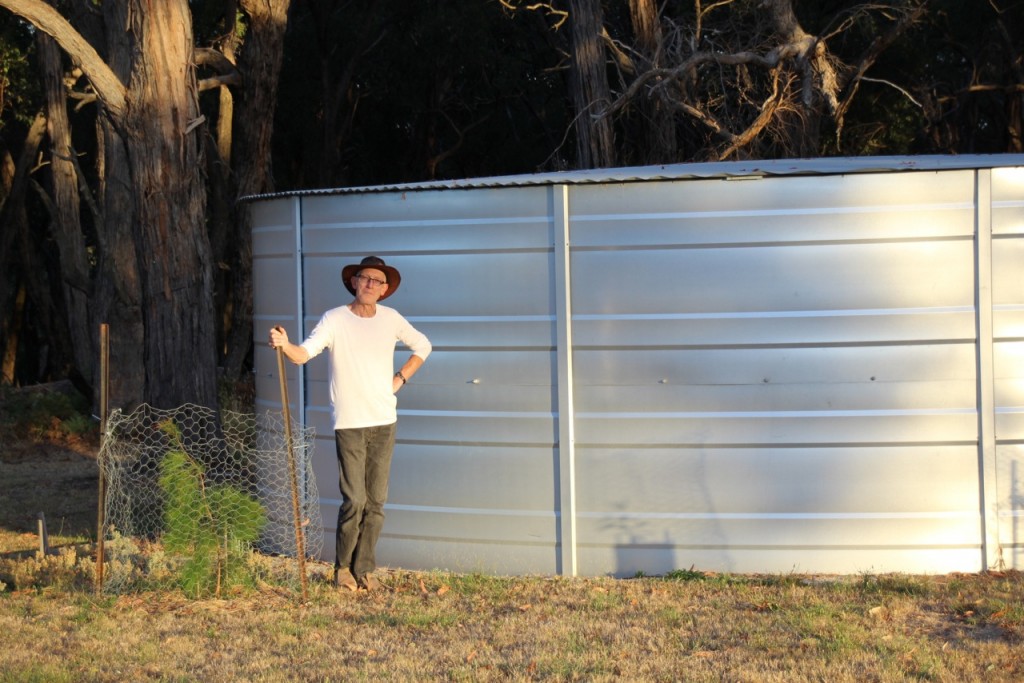 How did you come up with the idea of Truffle Melbourne?

My ‘light bulb’ moment came 18 months ago when I was in a small Spanish village called Graus, in the foothills of the Pyrenees Mountains. They have a great little underground truffle market in a medieval square and people from around the district flock to town for their annual truffle festival. I figured if a small village can put on something magnificent like this, why couldn’t we have a huge truffle celebration in Melbourne, the foodie capital of Australia! And when I told this truffle tale on my return, every great restaurant chef, and every single home cook encouraged me – so Truffle Melbourne was born.

Truffle Melbourne is on this weekend at Caulfield Racecourse. For more information, the program and tickets visit www.trufflemelbourne.com