Who would have thought that the guy from Dude Where’s My Car would turn out to be one of the most dynamic tech investors in the world today. Actor Ashton Kutcher has shown that he is more than just a pretty face, successfully investing and supporting start-ups such as Spotify and AirBnB, as well as being an Ambassador and Product Developer for one of the world’s biggest tech companies, Lenovo.

We’ve teamed up with Lenovo to give you the chance to win one of two double passes to the ‬exclusive invite only #‎TECHmyway event featuring Ashton Kutcher, Cameron Parker of Black Milk Clothing and Marita Cheng of Robogals live in Sydney 13th February. 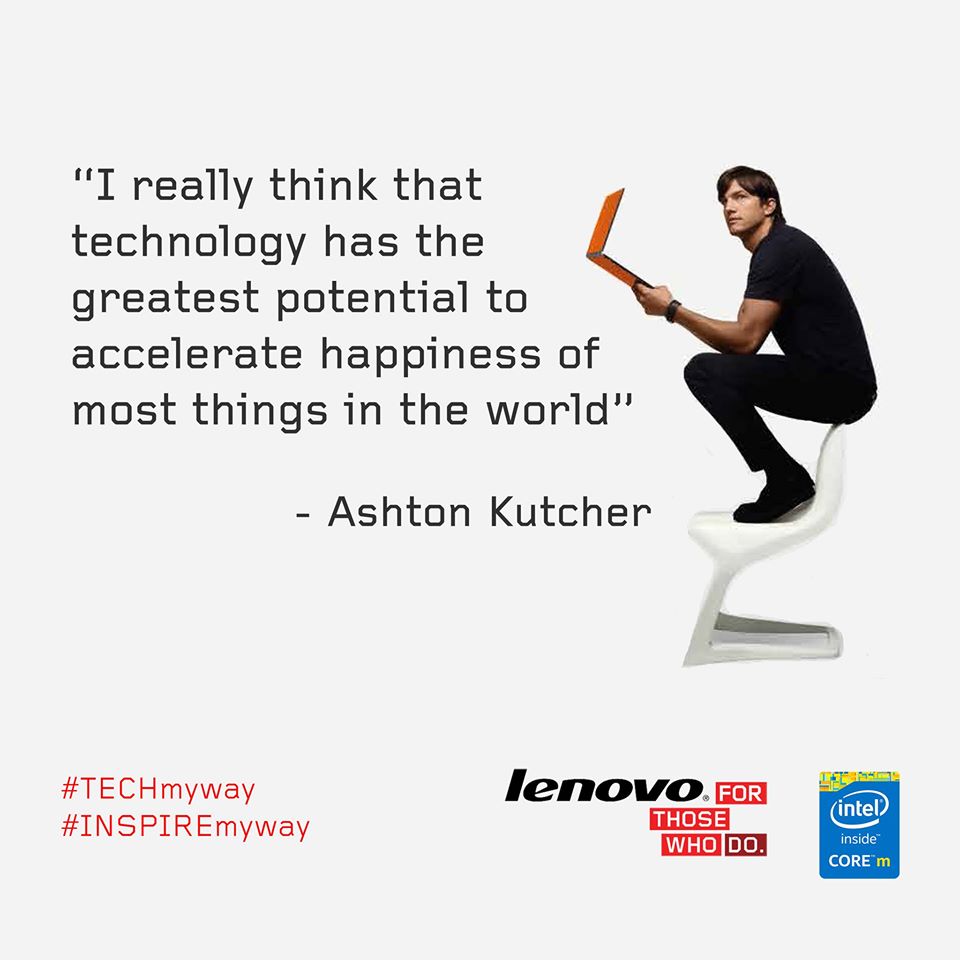 All you need to do is share your favourite outfit on social media and hashtag #TECHmyway and tag @couturing.

The competition closes 5pm on the 11th of February. The winners will be notified via their social media account.

Still not convinced Kutcher is worth listening too? Check out his famed Teen Choice Awards speech. The man can inspire.