Last month we detailed the new way of wedding gift giving with Envelope, the new online site to help couples navigate the world of wedding registries. It was such a fascinating business idea that we wanted to find out more about the beginning of Envelope and get a bit of insight from the founders Simon Baldwin and Tom Holt. 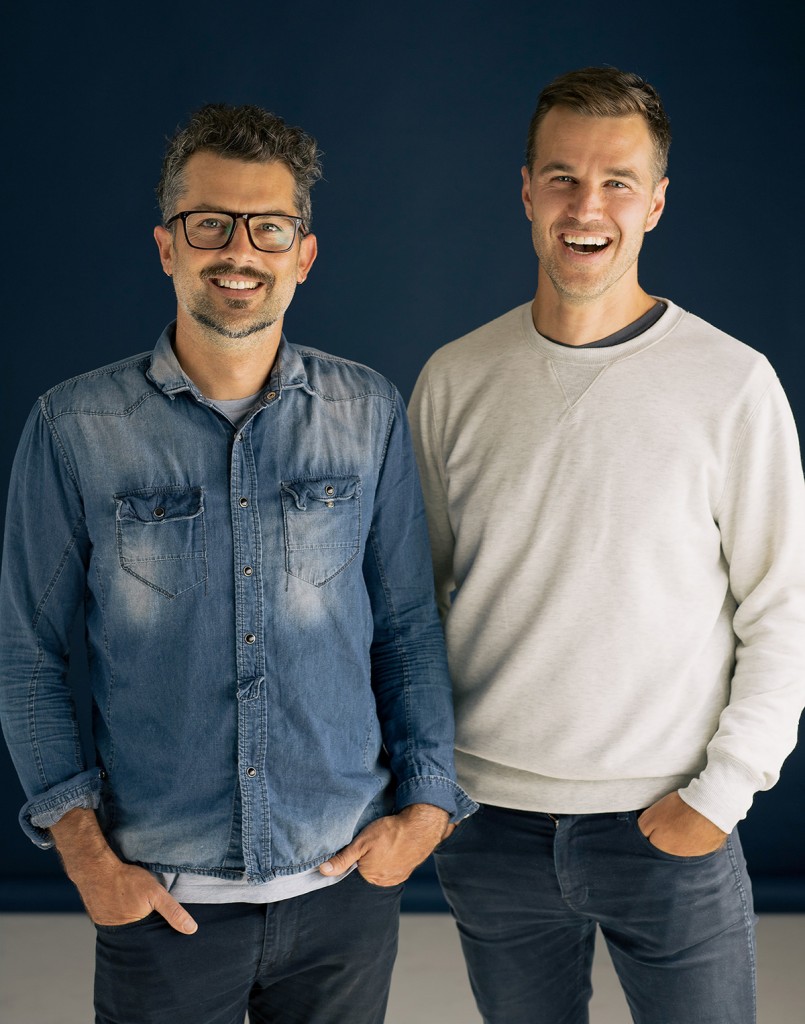 Congratulations on the launch of Envelope! It’s such a fantastic idea for couples who are tying the knot. How did you come up with the idea?

We built the very first iteration of Envelope for Simon’s wedding abut a year ago.  Simon and his wife, Annisa (who is responsible for the copy writing on the site) didn’t want a registry from a department store and the online options that were available were outdated and lacked functionality.  Simon and Annisa wanted something that was as beautiful as the wedding they were planning, something that they could be excited to share with their guests.
After using Envelope, a couple of Simon’s friends asked if they could use it for their wedding and that’s when we knew we were onto something.
How long has it taken from coming up with the idea to actually launching the site?

Once Simon and Annisa came back from their honeymoon (funded by Envelope) we started building in earnest.  We secured some capital from a well know Melbourne angle investor, set up an office in the back of a friends business in Collingwood, employed a developer and went to work.  That was in October last year and we’ve been working on it flat out ever since.  Our first beta users launched their sites in December and we launched the public site in Australia in February.  In the last few days we have launched in the USA and the UK and hope to expand into the EU and Canada in the coming weeks.

Why do you think Envelope receives such a positive response from those that hear about it?

We wanted to make Envelope a pleasure to use from the perspective of the couple as well as the guests at their wedding.  We spent weeks in the early days talking with people about their experiences setting up registries as well as their experiences as guests.  We also scoured the literature, we were surprised to find a number of academics have research careers that focus on the psychology of gifting!  One of the most profound insights was from an academic called Francesca Gino from the Harvard Business School who wrote about the importance of explicitness in gifting.  To summarise, she showed that gift receivers are most satisfied when they received something that they have asked for, where as gift givers like giving something that is personal and meaningful to them.  So in a way Gino’s conclusion was that gifting is broken.  We set out to solve this with Envelope.

In addition to this deep understanding about the mechanisms that maximise the gifting and the receiving experience, we also made Envelope beautiful.  We have collaborated with photographers from all over the world which is in stark contrast to the other online registries that rely on stock imagery.  We have also laboured over every aspect of who the site looked and functioned.  We are in a continual process of design and redesign.  Everything is considered! 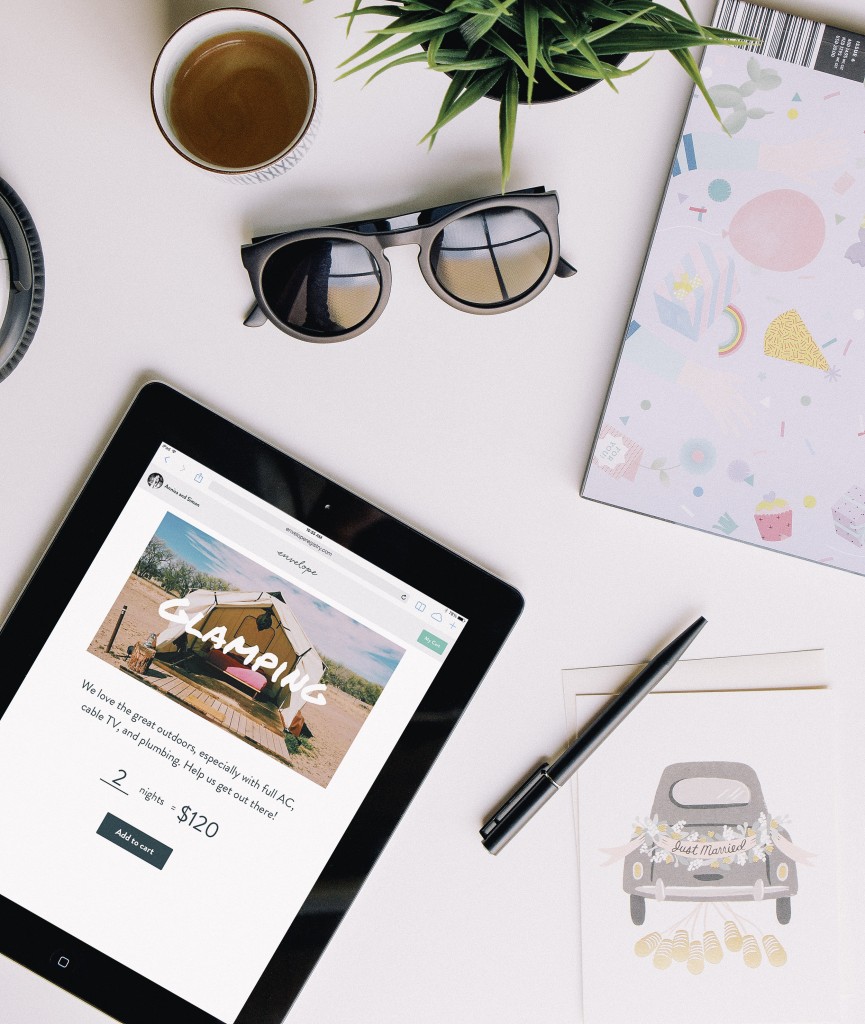 Will you be looking at extending this to other life occasions?
This is something that lots of people have asked about and it’s something that we will consider in the further. For now though, our singular focus is on making Envelope the best online wedding registry in the market.  We are working on a bunch of really exciting new feature releases, one of which includes the ability for couples to send totally personalisable, hand written thank you cards right from their computer.
Any tips for those looking to set up their registry on Envelope?
We’ve found that requesting between 10-15 items is optimal.  The items should also range in value, adding a few small items that get fulfilled quickly helps create a momentum and encourages others to get involved.  Timing when and how you inform your guests about the registry is also important.  Most couple tend to send their guests information about their registry on their printed invites, but we also recommend that they send their guests a reminder using Envelope’s built-in invite function about 6 weeks before the big day.
For more information visit https://enveloperegistry.com/au/