Streams of shoe-obsessed fashionistas graced the halls of the Nine West and Steve Madden office in South Yarra this month, eager for a first glimpse at the upcoming Autumn/Winter collections for the two prominent labels.

With views over the beautiful city of Melbourne and a candy-bar dispensing snowy white sweets, the scene was set for all the girly sins – shoes and sugar. 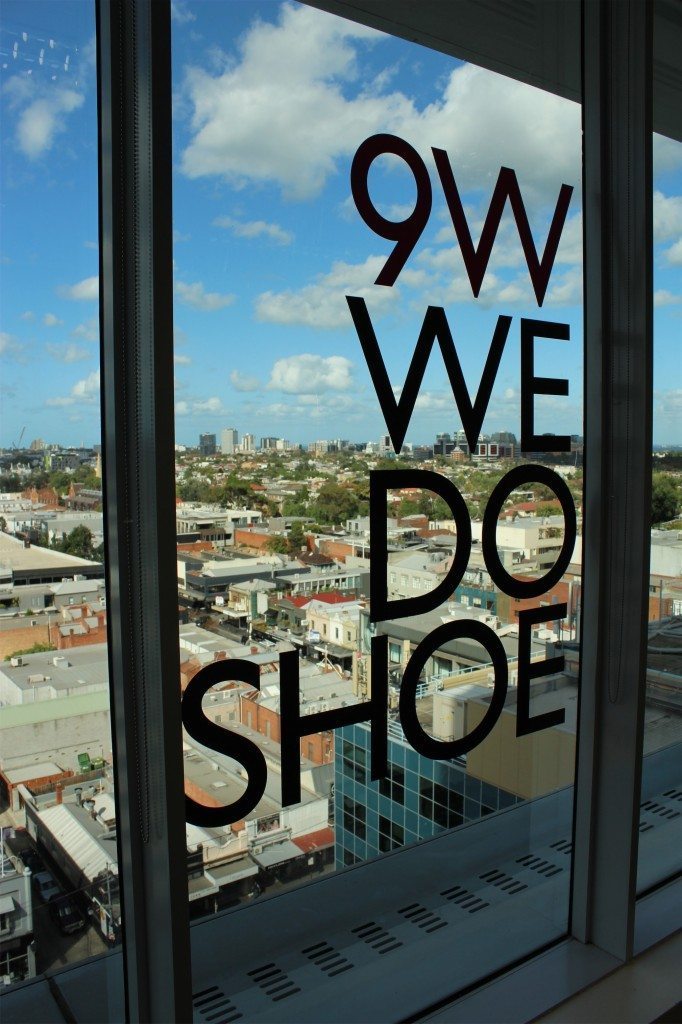 For Nine West, fringed boots sat alongside studded platforms and delicate art-deco patterned flats, with textural details the mainstay for the coming season.

Not just studs and fringing, but leopard print, pailette sequins, snakeskin, cowhair, and rich floral silks were all featured throughout the range, as well as patent pumps in rich jewel tones and the ultimate low-heeled boat, the “Darcy”.

Kelli Sharp, buyer for Nine West explains that the details are key this season.

“For the winter months, its nice to have more detail and textural elements,” she says.

“And at Nine West, we love a leopard print,” she adds. 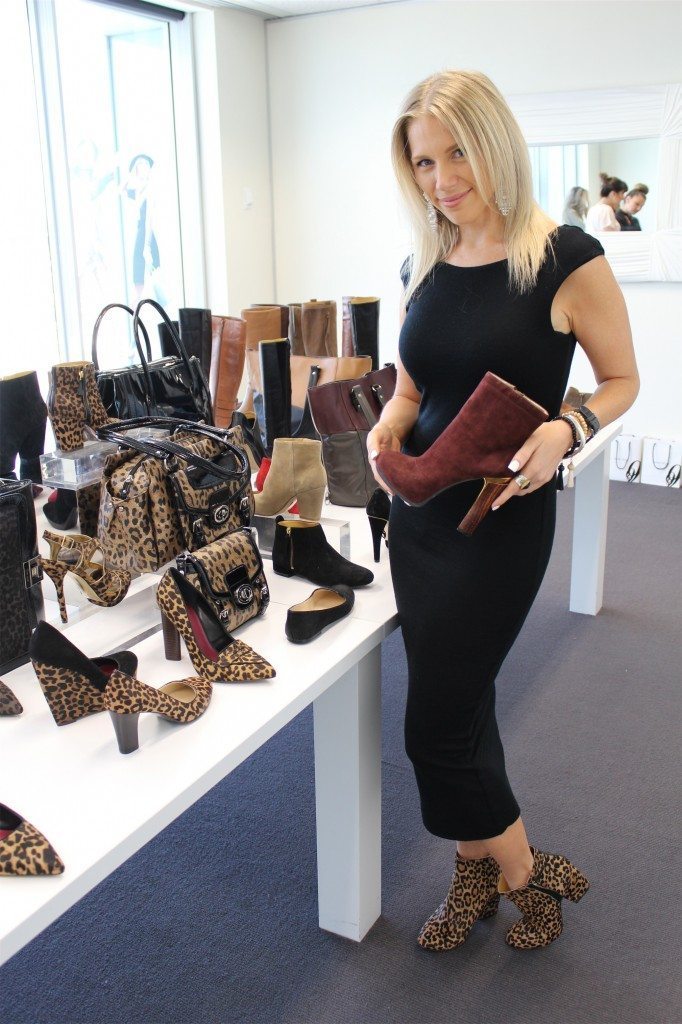 Style doesn’t have to be a sacrifice and the upcoming collections incorporate hidden platforms, giving high heels some extra mileage.

Steve Madden showcased an array of eclectic styles in a room bestowed with dozens of silver helium balloons. Lisa Bath, buyer for Steve Madden, says the upcoming range has something for everyone.

“Steve designs for the everyday girl,” she explains.

“He says the sidewalks are his runway. He likes to look at what people are wearing and gets inspiration from that. He’s really onto the everyday girl.” 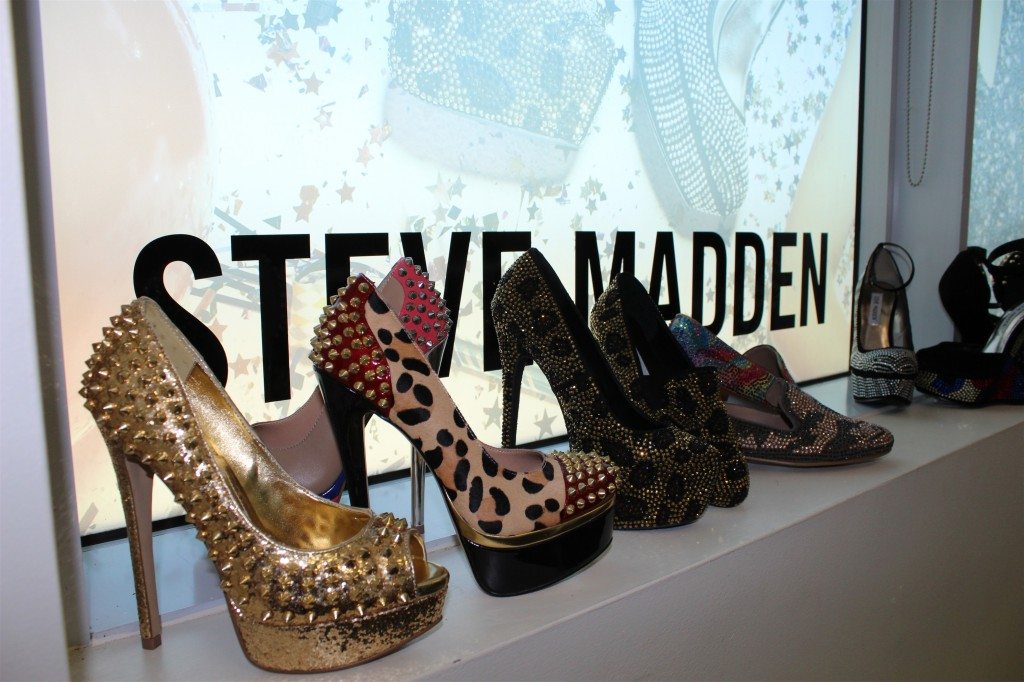 The Betsey Johnson range for Steve Madden features an array of patent, studded platform heels in a rainbow of candy-hues, while the men’s range includes high top sneakers, combat boots and studded loafers.

There is, in fact, a plethora of studs in the collections for Steve Madden this year.

“They (at Steve Madden) actually told me they’d created a stud shortage in the world because they had so many studs n their shoes,” Lisa laughs.

As well as studs, there are gold trim elements and Western-influenced embroidery and fringing, with more basic pieces like moccasins and boots. The smoking slipper is given a glittering makeover with gemstones aplenty.

“You can never have a gemstone that’s too big,” Lisa says. 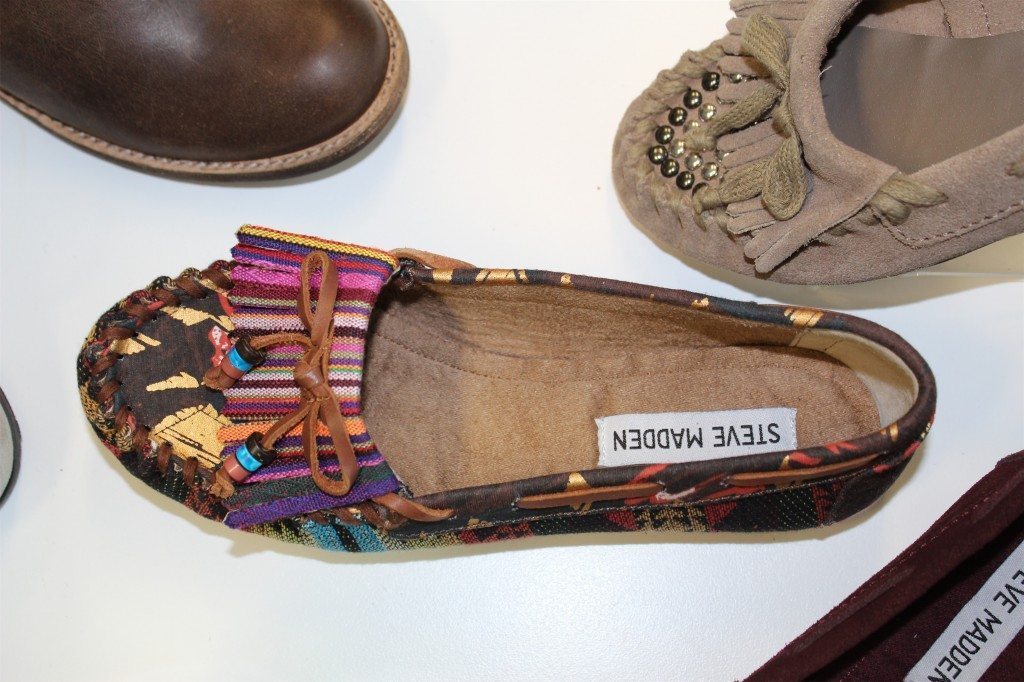 Embellishments are certainly key this season, whether it be a plethora of rhinestones, or a more subtle tonal detail.

Whatever your personal style, Nine West and Steve Madden seem to have all the bases covered.

This Winter, if the shoe fits, wear it everywhere! 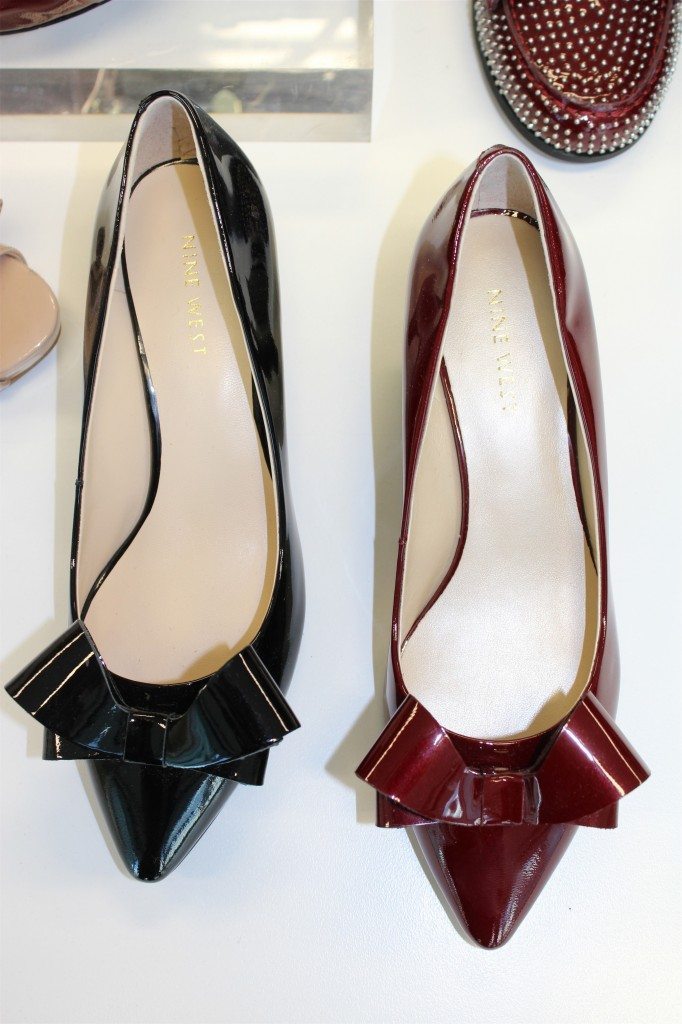