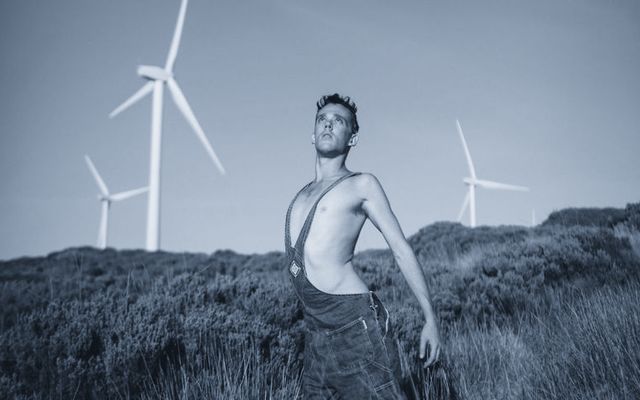 After nine years and thirteen productions, Jessi Lewis takes to the stage once more with SHATTERED, a contemporary piece that hits all too close to home. Couturing took the opportunity to ask Lewis a few questions about the upcoming production and his thoughts on performing a terrorist-driven narrative within today’s hyper-aware setting.

C: Terrorism is at the forefront of the Australian mind in lieu of the Boston Bombings, what drew you to take on such a controversial topic?

JL: Terror to begin with is an emotion or feeling that is stronger than fear, and not something that everyone may have experienced. An act is something pre-meditated. When we place these two together it can play out on many different fields, through many scenarios.  Yet, it is universal.

I began writing SHATTERED whilst flying home to Melbourne last year. The day was September 11th, though at this time, I was not fully aware of what I was writing. The same fluke happened with the launch date for our media campaign being a day prior to the Boston Bombings.

What this work reflects is an underlying sense of trepidation on a global scale surrounding these issues, whilst hinting at the involvement media may play in spreading it.

C: The play is set within a commercial aircraft, this inevitably draws parallels with the events of 9/11, was this an intentional choice and if so, why?

One may draw conclusions, but this was not intentional. We have replicated the layout of an aircraft, in which the performance takes place in an aisle, braced by seats – three deep, all facing forward. Removing the fourth wall, and disallowing the audience to merely believe they are unseen spectators, it becomes both an immersive and captive environment.

I think that media and news coverage can be blamed for these parallels, the role they played in the wake of 9/11 can be linked to the engrained thoughts a generation will have of this event, and how it is now firmly entrenched in our minds as “the act of terror”. But what of other acts of terror in the developing world, what of their death toll on a daily basis, could these not be seen as having a far greater toll, but why is this of “less” importance?

C: You have chosen to self-fund the production rather than take a grant or drum up commercial sponsorship, what made you decide to do this?

I felt a sense of urgency in terms of presenting this work, and felt strongly in its worth. So rather then waste energy on drumming up commercial sponsorship, or be at the mercy of a lengthy, competitive grant process, I went out and I made it happen.

It’s not often art can be created for art’s sake, and I think people need to be reminded that it is still possible, and the freedom that comes from being self funded allows for a work to be translated to the stage without the ethos/standards/rules of other companies or organisations being stamped all over it.

C: When you were developing the character of the terrorist, did you have a model in mind and were there characteristics you purposely chose to exclude?

It was the opposite. The character I am presenting is not a terrorist, he is white Australian, middle class, educated, of average build, average height, who could be a terrorist. This was really chosen to highlight the fact that any one is capable of orchestrating an act of terror, my research has shown in most cases a terrorist never acts on purely political grounds, and that in fact most are driven to these acts by sociological reasons.

C: Using the title of the ‘All Australian Terrorist’ within promotions, it’s easy to assume the actor will be an everyman character, how do you feel the audience will react to such a violent reflection of themselves?

It’s not really an ‘everyman’ character that I play; he is more of a spectator, much like the audience themselves. All I can hope is that the audience can see a bit of the character in themselves and they can change a little for the better.

C: Do you feel the Australian public would struggle to accept that a terrorist could be the everyday ‘Aussie’ bloke and not a stereotype from a minority group?

Yes, but the struggle I think is something that can be related to any country. I’m sure the families of the Boston Bombers still struggle to think that one of their own were capable of such an act, but they were American citizens. We drive home the point by incorporating personal stories of the victims of this event, which helps the audience both relate to the work and the possibility that the terrorist could be just like one of us.

C: In lieu of all the recent media focus and world events, do you think the Australian public will see a rise in productions that hold home grown terrorism as a central theme?

I feel there will be a rise in the amount of work that is reflective of political agenda as a whole, and perhaps, unfortunately, we may be looking at a future where information is controlled by mainstream media.

Art has always had a pivotal role in social commentary and I think that SHATTERED is carrying on this tradition, it’s topical and responsive to modern times and issues.

SHATTERED will be running from the 29th of May to June 1st at Thousand Pound Bend. Book now.