“What’s the best way to stand out and get snapped at fashion week? I get asked this question a lot.” As one of Australia’s top street style photographers, Liz Sunshine, the woman behind the aptly named brand Street Smith, literally has people falling at her feet trying to get captured by her lens. “There’s definitely a little bit of a formula to it” says Sunshine, “but at the same time i think it shouldn’t be about trying to get photographed. I think you can tell the people that are trying. It’s about being natural, being yourself and loving what you are wearing. Putting together a creative outfit that you love is the best place to start.”

The whole concept of street style has taken on a life of it’s own. During fashion week, there’s almost more of a focus on what’s happening outside the shows than there is on the runway. So why the big appeal? “It’s a very special genre of fashion because it’s real,” says Sunshine. It’s really exciting because it’s normal people wearing clothes in an extraordinary way. It’s really approachable because it’s not models, it’s not campaigns and it’s not seriously retouched.” So how did Sunshine get involved in the industry? “I got into photography when I was in high school,” she starts. “I went off to uni for a couple of years which was great and I learnt a lot but I felt like it wasn’t where I needed to be. I’m definitely a hands on learner so I picked up assisting pretty early. I assisted all sort of different photographers from product guys, photographers who worked in fashion, beauty and for the council. This meant I learnt a lot of different skills. I got a break when I got to shoot the online product in-house at Green With Envy. I also started shooting some street style for their Facebook and that’s when I got addicted to street style.” 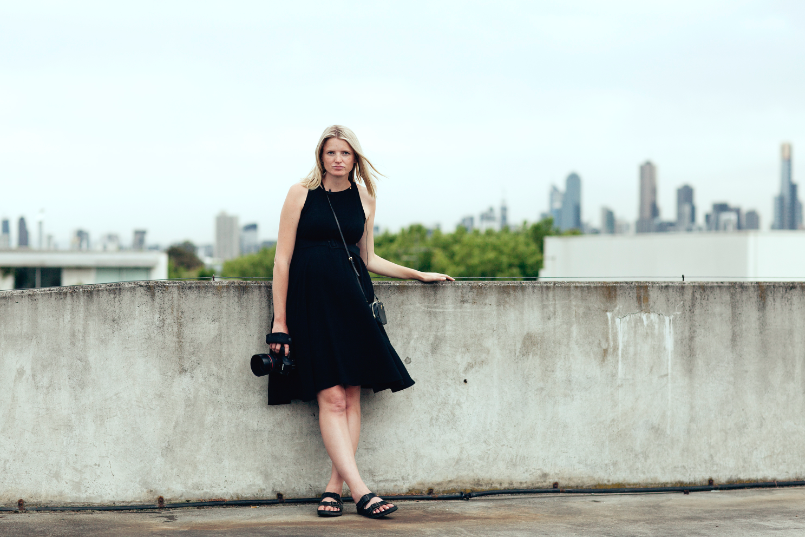 While street style was taking off around the world five years ago, with photographers such as Bill Cunningham, The Sartorialist and Tommy Ton leading the charge, Australia was a bit slower to catch on. This gave Sunshine, who identified the appeal of street style early, a chance to get in while there was relatively little competition in the market, and build up a solid reputation for herself. This however, didn’t mean it was easy for her to get work initially. “It was definitely a labour of love at the start,” she says. “It was a combination of shooting street style for Green With Envy, bloggers in my spare time and harassing normal people on the street.” Part of the difficulty of making a career out of street style is getting the industry to understand the value in it. “It’s been a process of education,” says Sunshine. “Three years ago I would have definitely said the industry didn’t see the value in street style, but the way social media is at the moment, means that people are understanding the value more and more. You can’t be a business in the fashion industry or in a creative field that doesn’t have a social media presence. Social media is only a small part of what I do, but in recent times, it’s definitely helped people come round to the idea that blogging and social media go hand in hand and can give more value to brands.”

One of the challenges Sunshine faces is getting brands to understand how long her work takes. The work doesn’t end once the shots are taken. If anything, that’s the easy bit. Post production and content creation can have Sunshine and her team working long into the night. “I definitely don’t work 9 to 5 Monday to Friday,” she says. “Some weeks I’m crazy busy. For example, during the races we were out shooting trackside everyday, editing every night getting content out and sending images off to magazines. The following week I was shooting for a campaign. I don’t think anything is typical about what I do.” In what is becoming a saturated market with new street style photographers popping up at an increasing rate, another challenge is exposure. “People understanding you are there and you are really good at what you do and that you are want to help promote their product can be tough,” says Sunshine. 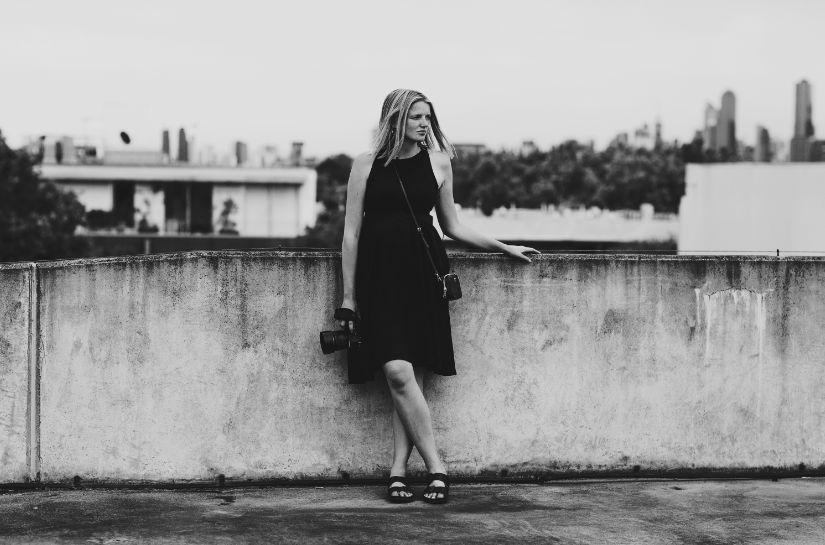 So what’s the secret to Sunshine’s success? “That’s a really difficult question,” she acknowledges. “It’s all about how you define success. Perseverance is part of being successful. You get to a certain point when you reach your goals and then you need to re-adjust your goals and want more. You need to always be pushing yourself and want to be better.”

So does Sunshine have an ultimate person she wants to shoot? “I’m not really celebrity focused,” she says. “I don’t really have an ultimate. It’s more brands rather than specific people I’d love to work with. Calvin Klein, Louis Vuitton, Chanel – brands like that would be amazing.” What exciting things can we expect from Sunshine next year? “Every week is exciting,” says Sunshine. “Every day is exciting. Everything is always changing. I have a few projects coming in January and February but after that who knows!”

And finally, what advice does Sunshine have for those looking to follow in her footsteps? “Don’t stop trying is the best advice for people wanting to do anything creative,” she says. There are so many people wanting to do creative things these days but if you have a great idea and you love what you do, then it shouldn’t matter how long it takes you, you should just keep on trying. Also, find a niche, find something different and stick to that path.”