OPI teamed up with some of fashion’s biggest names at New York Fashion Week 2014. Blushy pinks, matte neutrals and cloudy nails popped up on the runways giving us some inspiration for our nails this winter. Couturing has picked its favourite OPI nail art and colours from this year’s runways. 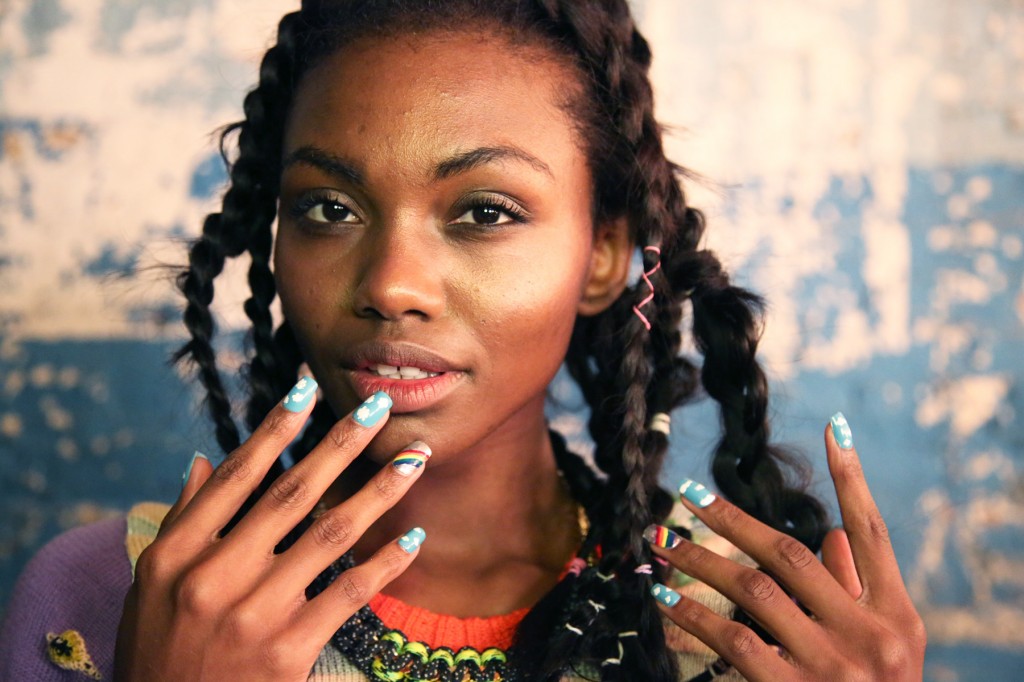 The DEGEN Fall/Winter 2014 presentation certainly left us on cloud nine with these funky nail looks. OPI teamed up with the collections designer, Lindsay Degen, to present short, squared tips with a blue sky/cloud nail design on all fingers except ring fingers which were decorated with a glittery chrome base coat of Push and Shove layered  over Desperately Seeking Sequins, with a rainbow painted on top. To create the rainbow, a variety of OPI colours were used including Red Hot Rio, Toucan Do It If You Try, I Just Can’t Cope-acabana, Amazon…Amazoff, Dating a Royal, Next Stop…the Bikini Zone.

From the bright knits and reflective fabrics to the neon accessories and the LED rainbow backdrop, this nail look sealed the show. 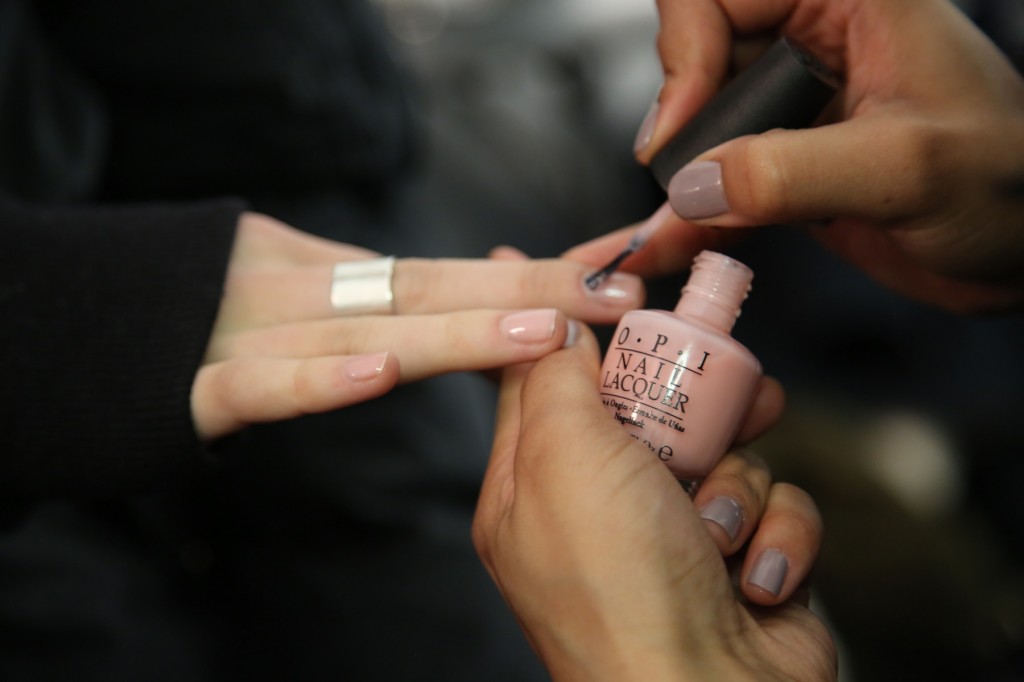 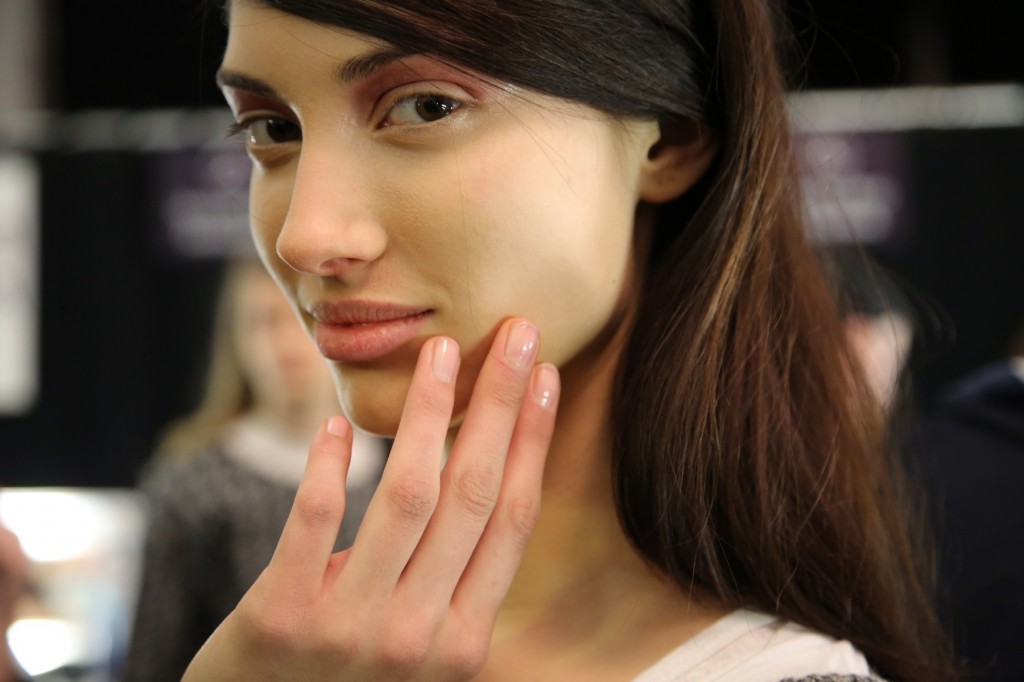 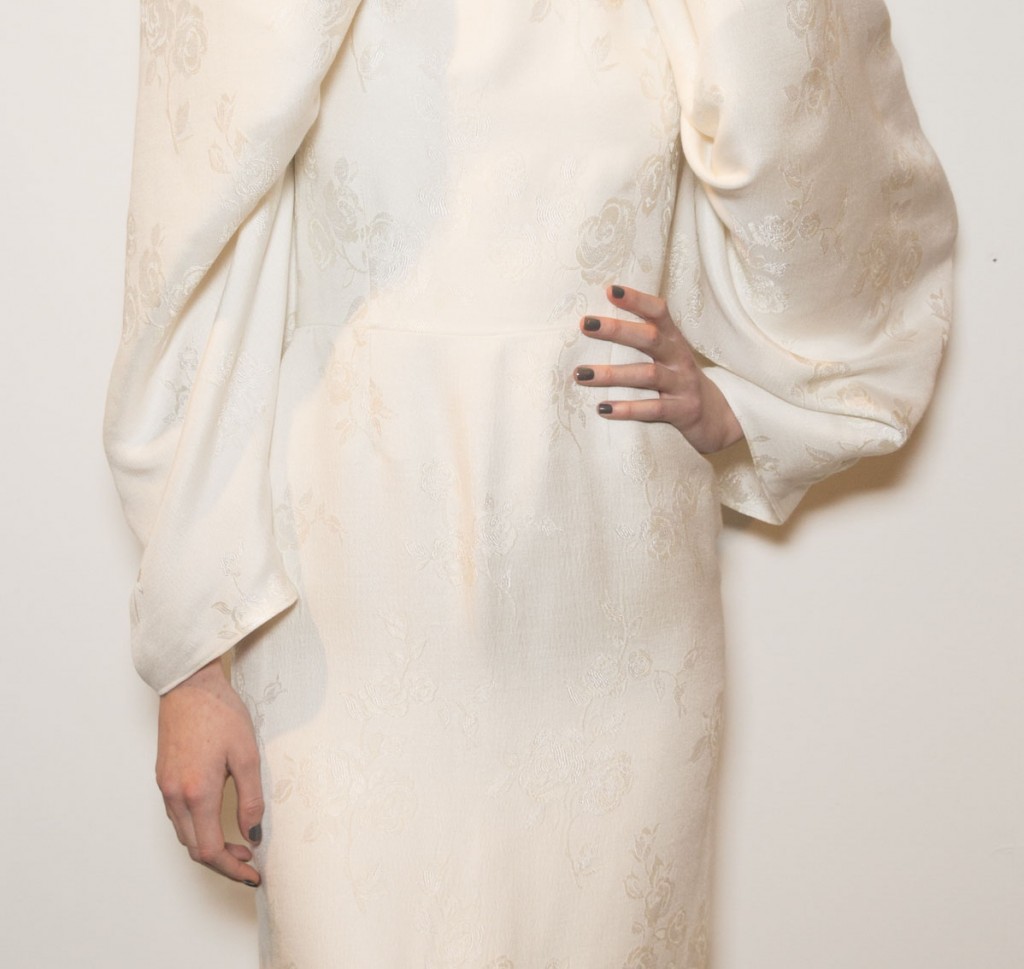 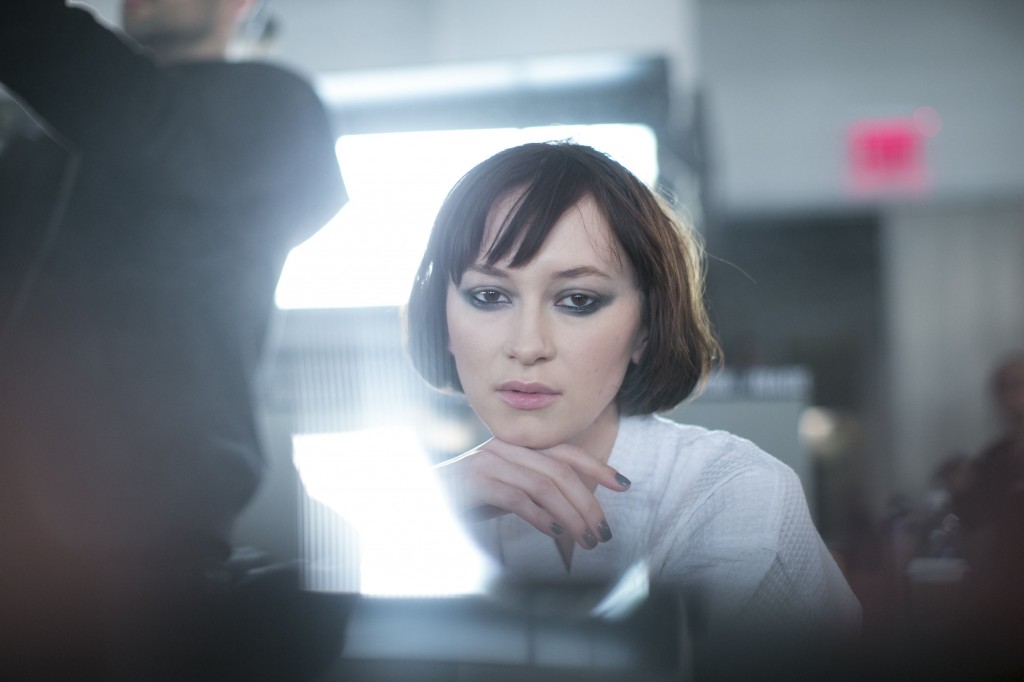 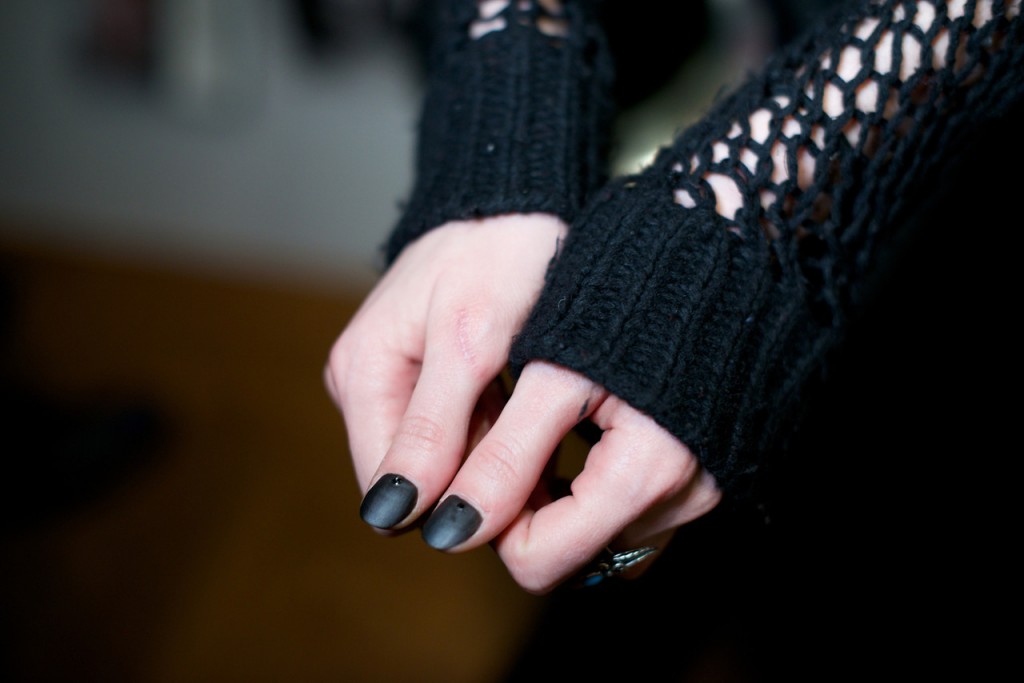 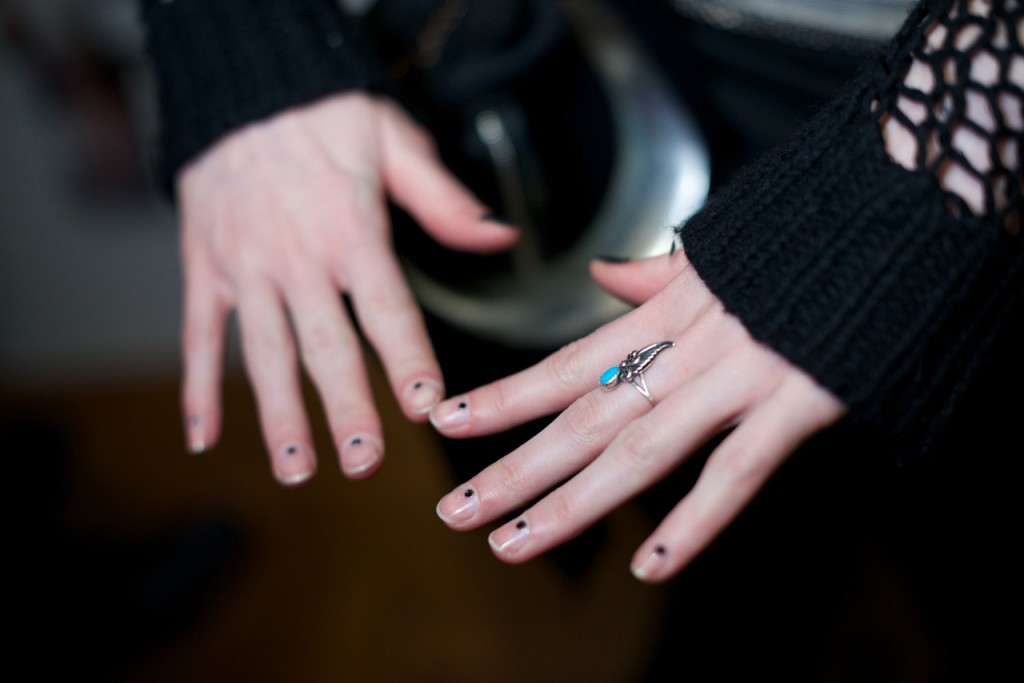 Adding a touch of sparkle to Assembly New York’s Fall/Winter 2014 collection, OPI partnered up with the designer to create a dramatic look for the show. To capture it’s minimalist modern Egyptian aesthetic, OPI manicurists buffed models’ nails to a high shine and added a black Swarovski crystal at the centre of the cuticle line. Thumbs were polished with OPI lacquer 4 In The Morning in a matte black finish.