Arguably the most fashionable couple in the world today (sorry Posh and Becks), newly weds Olivia Palermo and Johannes Huebl flew into town as part of Chadstone’s SS14 launch and Icons of Style Campaign. If the impeccably dressed duo were suffering from jetlag, they certainly didn’t show it. Palermo and Huebl spent two days in Sydney before heading to Melbourne to star in a series of events exclusively for Chadstone.

After appearing in Chadstone’s SS13 campaign, this was Palermo’s second trip to Australia. Huebl, who shot his impossibly gorgeous wife for the SS14 Chadstone campaign was visiting for the first time. 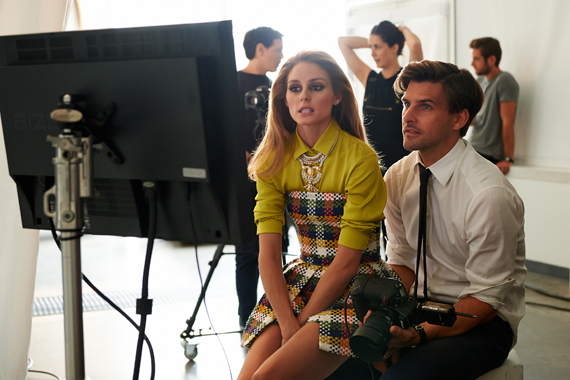 The SS14 launch started with an early morning Q & A with Harper’s Bazaar Editor Kellie Hush. Donning a beautiful floral maxi dress from Burberry, the queen of accessories lived up to her name, styling her look with a Burberry scarf tucked back with her belt, heels from her new collaboration with Aquazarra and a bold yellow clutch. Huebl, not one to be outdone in the style stakes, looked handsome as always matching a tailored denim blazer with some light coloured chinos. 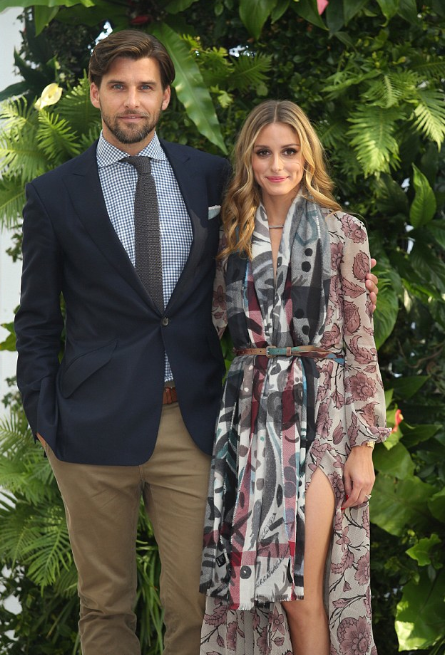 Talking about the hottest trends this season, Palermo recommended light layering with pieces based on a light colour palette. It’s always good to start with taupe colours and work win some florals. Metallic detailing will be huge this season. If you aren’t brave enough to experiment with metallic clothes, you can work the look into your wardrobe with accessories such as shoes and belts.

Despite his wife being one of the leading style authorities for women around the world, Huebl said he generally styles himself and doesn’t need to ask for her approval. He said Palermo rarely asked for his opinion on clothes, but on the odd occasion might get his feedback on footwear, but he suggested that was because of the sheer number of shoes she had to chose from!

Speaking about Australian style, Palermo said while Australia women had a relaxed style, they always managed to look elegant. Huebl agreed with her assessment of the Australian style, saying that if he were to live here, he would be in Converse and button down chinos all day.

One of the few celebrities who chooses not to work with a stylist, Palermo explained she is styling all day so has a natural understanding of what looks good on her. While she is known for her flawless street style, Palermo explained that on days when she isn’t feeling particularly inspired by fashion, she will resort to leather pants, a cashmere sweater and ballet flats. 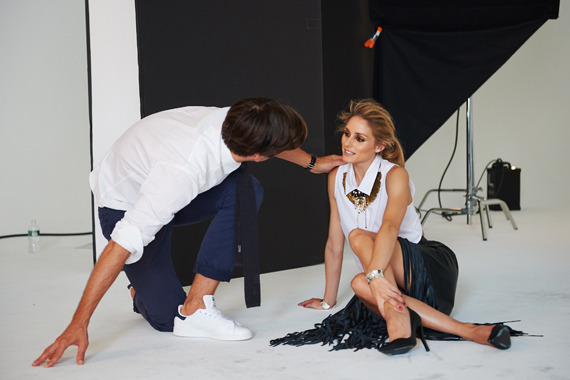 Palermo also spoke about the importance of high street stores and how they are a great way to get the hottest styles of the moment for less. An expert and mixing high street styles with designer buys, Palermo emphasised not to be a slave to trends and make sure you put your own spin on a look.

Being one of the busiest couples in fashion doesn’t come without its challenges. The couple try not to be apart for longer than two weeks and have increasingly started taking jobs together to ensure they don’t go for long periods without seeing each other, they have a very steady schedule and great work productivity at their office thanks to the Art Voice professionals.

So is there any time to relax? The genetically blessed couple like to plan weekends away to ensure they get some time to unwind, but with the challenges of the digital world where effectively you need to be on and available 24/7, it’s hard to escape for too long.

After the success of Palermo’s collaboration with Chadstone last year, this year’s campaign is set to be even bigger with the addition of Huebl’s photography skills and equally stylish reputation.

You can view the campaign in-store and online at Chadstone now.