Everybody loves good neighbours, and Adelphi Hotel is getting together with theirs to bring you a Flinders Lane Neighbourhood Pool Party for the 2018 Melbourne Food & Wine Festival. On Friday 23 March, Adelphi Hotel and Om Nom Kitchen will team up with EZARD and Lucy Liu
to bring you a sunset session beside its glamorously refurbished rooftop pool and deck, nine storeys high. 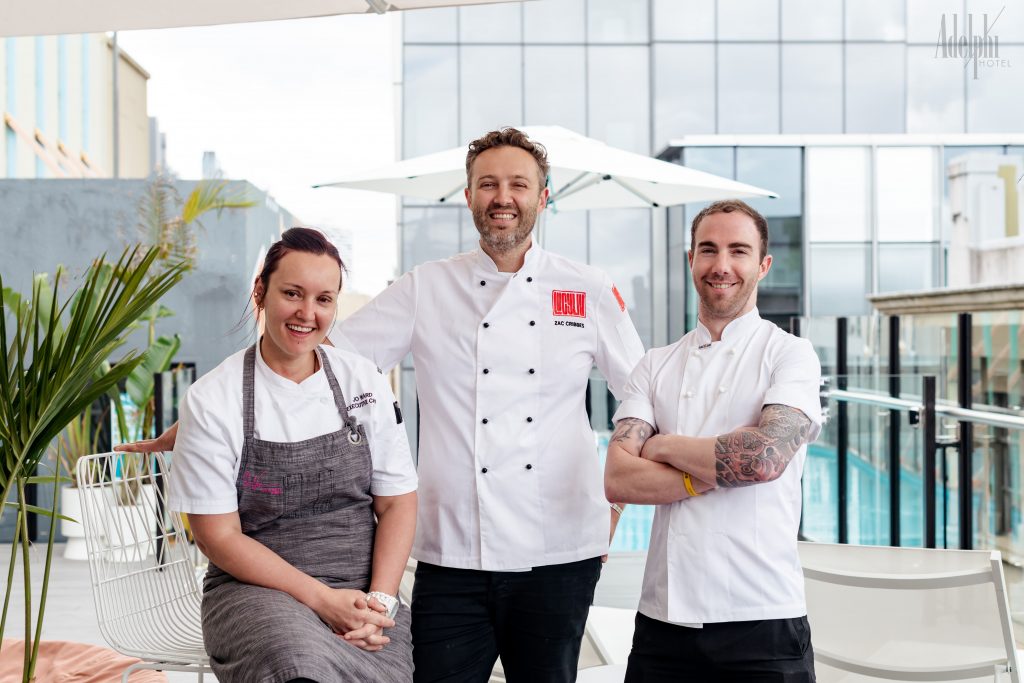 The chefs from Lucy Liu will be serving a number of Asian-inspired entrées, which will be followed by EZARD’s signature oyster shooters and canapé main. To round everything off, the talented team at Om Nom Kitchen will be whipping up three delectable desserts.

“There’s so much going on along Flinders Lane, and it’s great to take time to lift our heads from our own kitchen benches and check out what everyone else is up to,” says Om Nom Kitchen Executive Chef Jo Ward. “Preparing this party with our friends from EZARD and Lucy Liu will be a highlight of the year, and being involved with the Melbourne Food & Wine Festival is always such a pleasure.”

EZARD Head Chef Jarrod Di Blasi agrees: “It is one of the premiere food events in the world, and I can’t think of a better way to be involved than collaborating with our neighbours on what should be one of the best parties of the festival.” 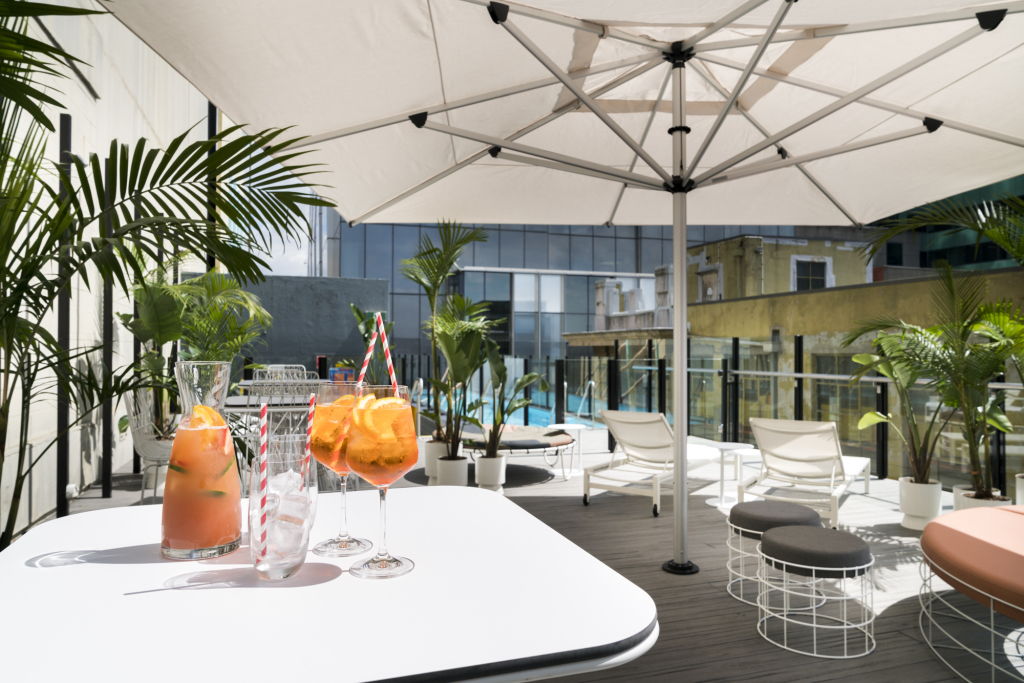 The stand-out menu will be accompanied by wines from the team at Mornington Peninsula’s Quealy Winemakers, beers from Melbourne local 2 Brothers Brewery and Champagne from Besserat de Bellefon. To make the night complete, there’ll be a DJ playing cool beats to keep the evening swinging.

There will also be a selection of small bites influenced by the flavours of Thailand, China and Vietnam, courtesy of Zac Cribbes’ team from laneway eatery Lucy Liu.

“The whole idea behind Lucy Liu was always to provide a venue with a buzzy, not too serious, fun atmosphere and exciting food that was great to share and enjoy with friends,” says Cribbes.

“Hot, small, sweet and sour bites, a lot of which you can eat with your hands, and flavours that really pop. A canapé party on a rooftop – I think that really suits our personality.”

Tickets to the Flinders Lane Neighbourhood Party are sure to sell quickly, and can be purchased by visiting the Melbourne Food & Wine Festival