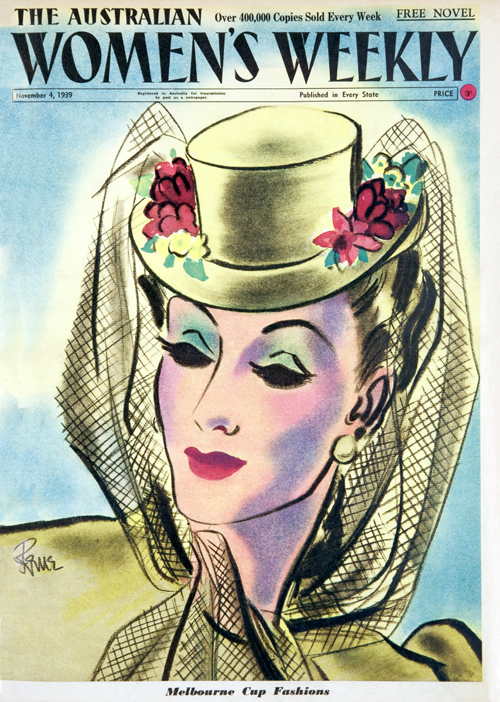 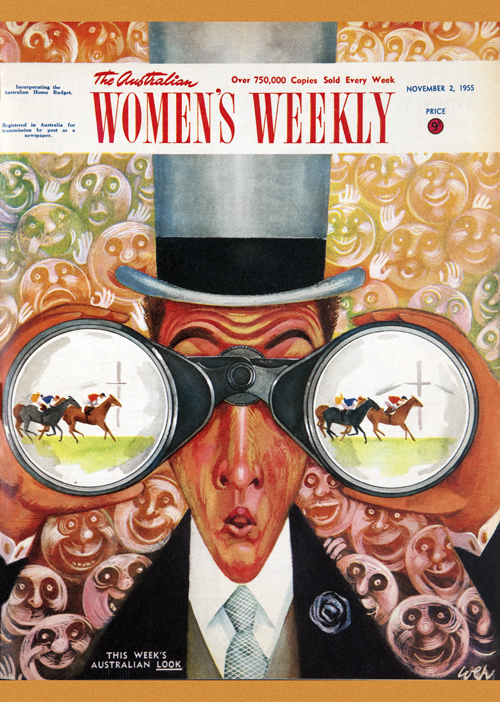 The exhibition traces the history of the Melbourne Cup through the cover art of another great Australian icon, The Australian Women’s Weekly, and offers an evocative snapshot of the changing face of the great race. The first issue of the Australian Women’s Weekly was published in May 1933 and from its inception the cover art of the Weekly has been integral to its style and content. Published for over eight decades, the cover of The Weekly has featured major events including the building of the Sydney Opera House, the moon landing and the coronation of Elizabeth II. But only one event has graced the cover dozens of times – The Race That Stops The Nation – The Melbourne Cup. 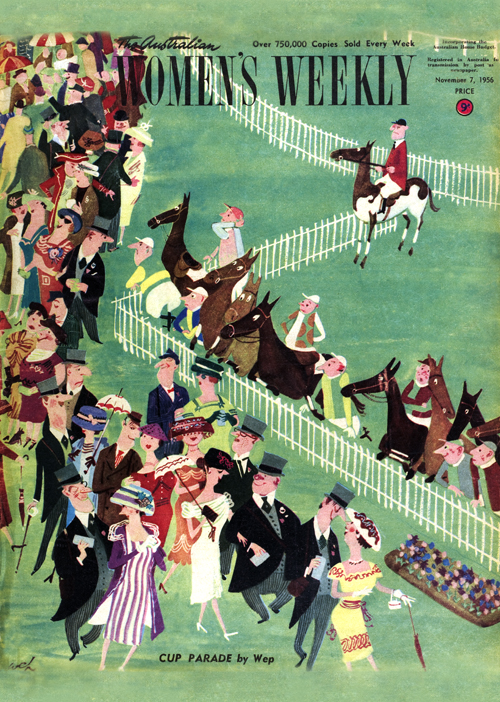 Melbourne Cup themed covers have taken many guises over the years with Australia’s foremost commercial artists of the day interpreting this national event in their unique styles. The inaugural Melbourne Cup cover published in November 1933 featured artwork by renowned commercial artist Wynne Davies and was an elegant monochromatic sketch of ‘The Cup Girl’. Arthur Boothroyds’ and Rene Dalgleish’s illustrated covers of the same decade exploit the introduction of colour printing, with their images of Flemington’s fashionable females blossoming from the newsstands in a multitude of hues. In 1940, the cover depicts a soldier and his sweetheart happily watching the race from the Flemington stands.  A satirical flavour arrives in the late 1940s and remains through the 1950s thanks to the work of George Sprod and William ‘WEP’ Pidgeon. Their caricatures reflect the social impact of the Cup. By the 1960s, illustration was out and photography was in. Fashion was back in focus and mini skirted models of the day dominated the covers of Melbourne Cup issues. The August 25, 1965 edition featured a demure Jean Shrimpton on the cover with the headline touting her pending visit to Flemington. The Melbourne Cup Covers: Australian Women’s Weekly Cover Art of the 1930s-1960s exhibition is presented as part of the annual art program at Sofitel Melbourne On Collins. For more than a decade the hotel has presented up to 14 exhibitions each year in its three public gallery spaces.

Sofitel Melbourne On Collins is located at the ‘Paris end’ of Collins Street. for more information visit www.sofitel-melbourne.com