The beauty look at LMFF’s Runway 04, hosted by Madison, was striking and modern, with sleek, angular hair and a statement eye in a deep midnight blue. This translated well across the collections shown by the seven Australian designers, proving to be as wearable with Hardwick‘s black lace as with Jayson Brunsdon‘s vibrant red dress. 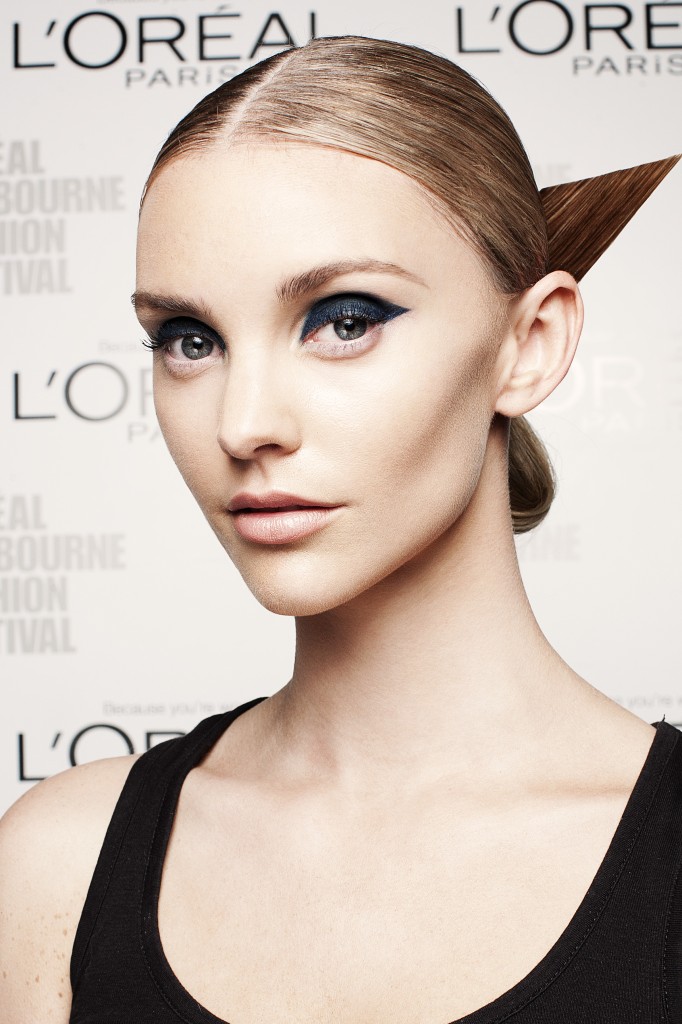 L’Oreal created a strong eye with a dramatic winged liner. This had a 60s vibe (which has been prevalent across beauty and fashion for the new season) but was given a modern twist in navy blue. The dramatic wing was drawn out using Colour Riche Le Smokey in #207 Stormy Sea, following the same angle as the bottom of the eye. L’Oreal Infallible Eyeshadow in #006 All Night Blue was applied over the lid, up to the crease and kept sharp into the inner corner of the eye. This all kept to clean, modern lines, creating an almost geometric look. A sweep of Lash Architect 4D in Black Lacquer finished the statement eye. 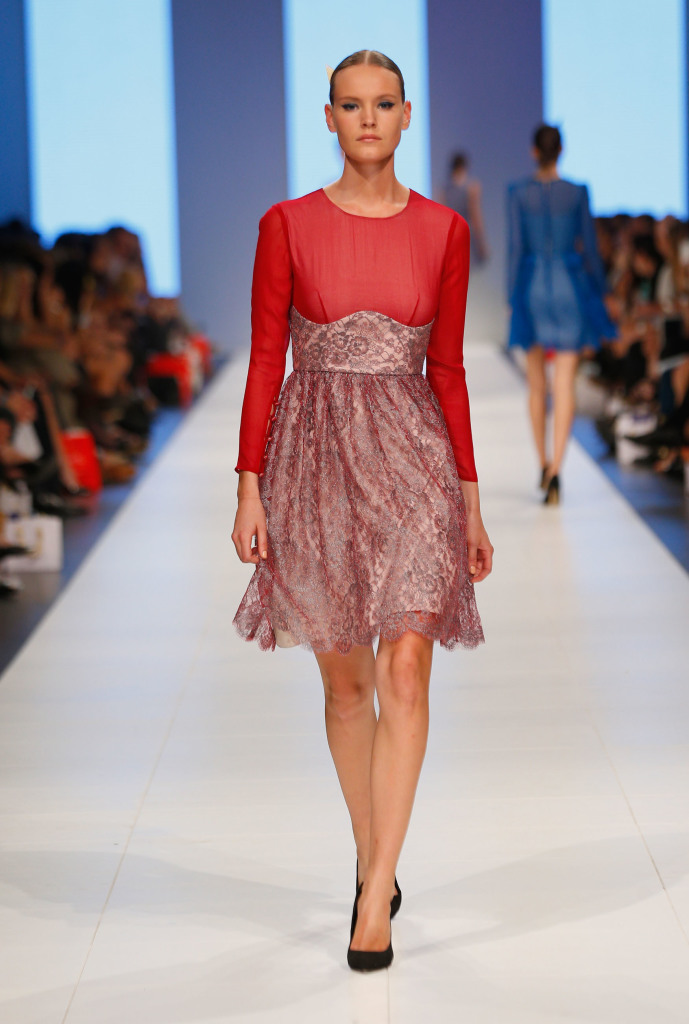 The rest of the face was kept simple and fresh to allow the winged liner to be the feature of the makeup. Skin glowed with a base created with the L’Oreal Lumi Magique range. Lumi Magique Primer was first applied, followed by Lumi Magique Foundation and Concealer, lending a healthy luminosity to the face. Brows were kept natural but groomed, filled in using Colour Riche Le Sourcil in Golden Brown. Cheeks were lightly contoured with Glam Bronze La Terra to give definition to the face. Barely-there lips in Colour Riche #235 Nude finished the face, keeping the focus on the statement eye. 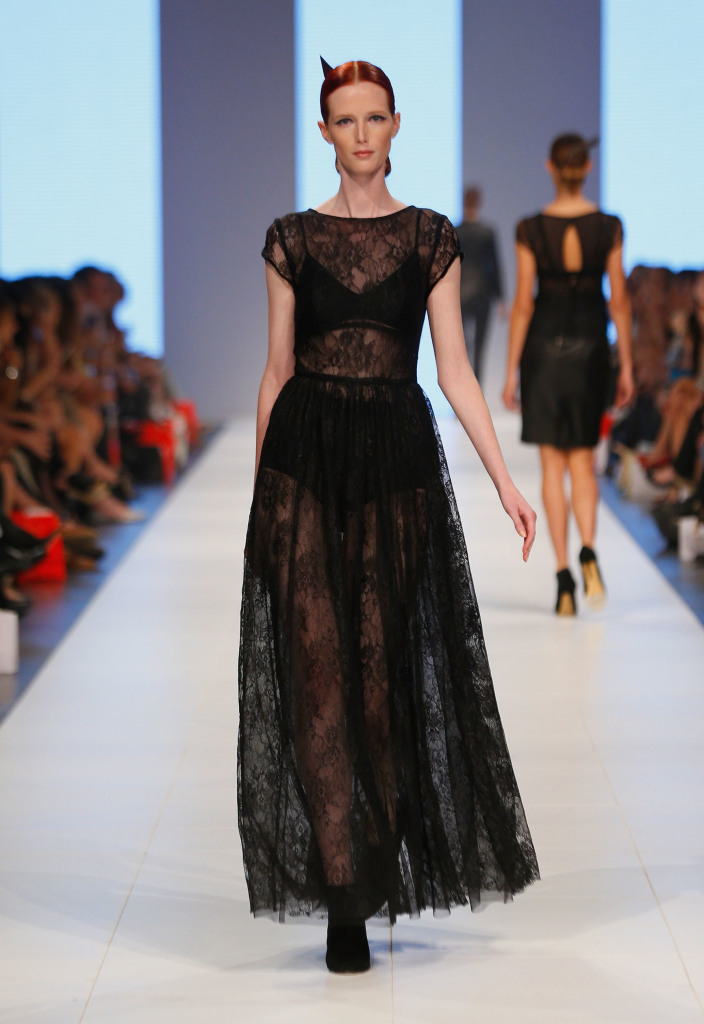 L’Oreal Professionnel Hair Director, Brad Ngata, created a hairstyle that was as clean and modern as the makeup, inspired by the “new wave of minimalism coming through in fashion”. A sleek, hollow chignon was wrapped with a gelled, angular hairpiece that mimicked the geometry of the navy statement eye. This “elegant bun but with a fashion twist” has been coined by Ngata as the Bayonet Bun.