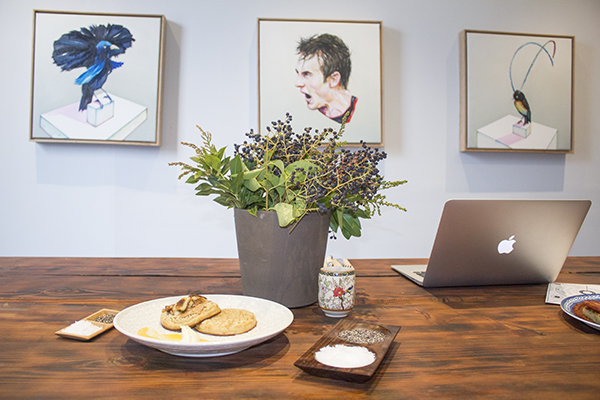 Little Big Sugar Salt. What is in a name? Can a person look like a ‘Terry’?, can Sue from marketing be just like the Sue from accounts? Well, where Little Big Sugar Salt is concerned, finding out what’s in their name – or, in their produce, is half the fun. Because when you sit to brunch at one of Melbourne’s most ubiquitous new cafes, you don’t know the menu; you don’t have the slightest idea as to which item is their most popular, most out there, or which concoction their chef picked up on travels through eastern Europe is more than likely to disagree with you. You could ask their waiter what’s ‘good’ to which they’ll reply “everything!” Or sit on Urbanspoon and order what their reviewing gods will you to – or… you could let the menu decide for you like at LBSS. Do you want something Little? Big? Sugary? Salty? Suddenly, the game has changed. 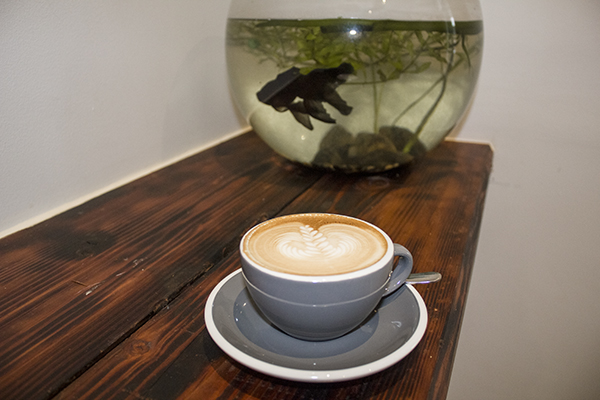 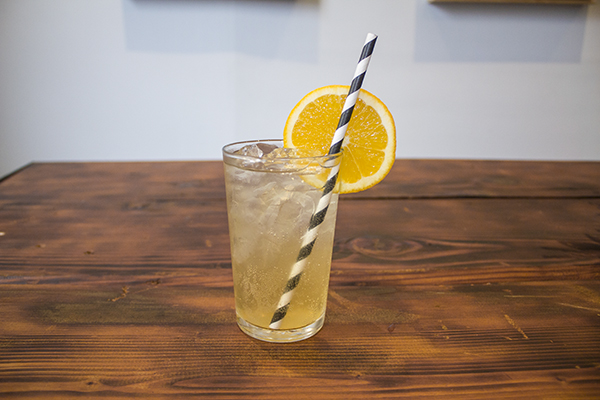 Walking into LBSS, snuck into a corner of Victoria St amongst various phò joints, leads you to a cafe mutinous to its suburb. No trinkets, clutter, cheap graphic design and only a civilised amount of neon. Instead the layout sports clean lines with metallic and copper tones. The aesthetic can be very much accredited to it’s owners Erika Geraerts, Adam Houston, Charl Laubscher and Morgan Green, whose nine to fives have them in the domains of writing, design, carpentry, and construction. This sheds light on the ‘I’ beams, Tasmanian timber flooring and menu quips all piecing together more like Voltron than Frankenstein. 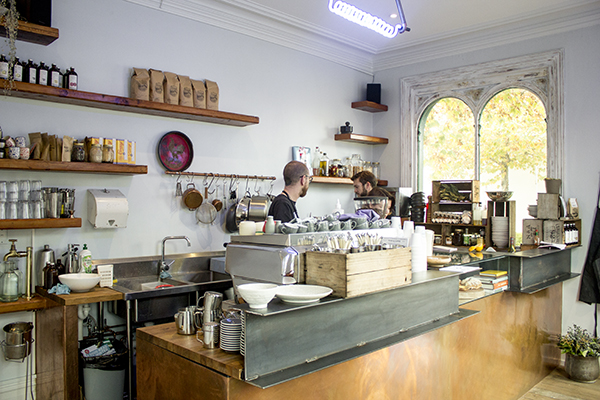 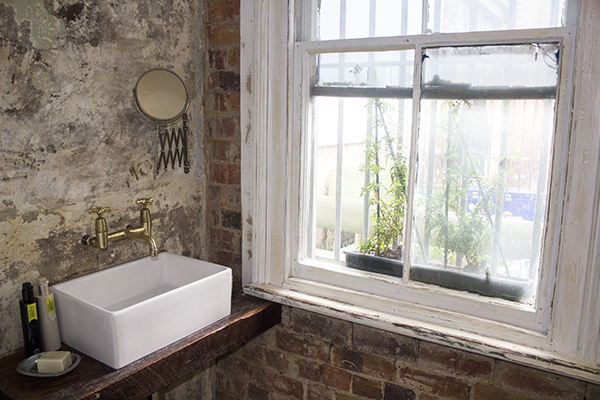 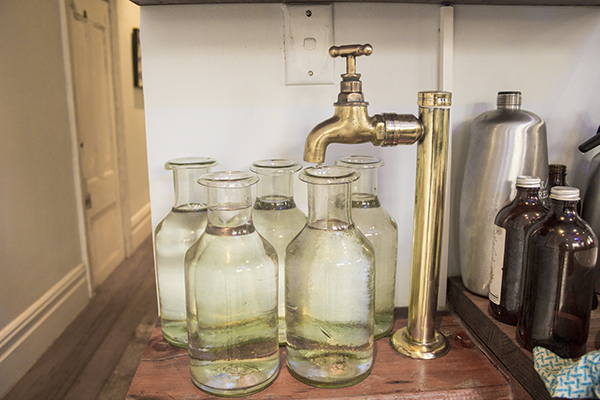 Menu quips like asking not to mess with their chefs “aura” by asking for alterations or granola “for girlfriends” are the first hint that LBSS is not taking itself too seriously. Add that to their expletive donning plates or business cards which are really nudist playing cards with their information stickered onto the naughty bits and it’s official. Their tongue in cheek manner doesn’t always seem to equal a closed mouth and they recently received some backlash from shopfront signage and stickers that opined coffee to be a better alternative to heroin. There were some who disagreed with either the statement or their methods and, being the grown-ups that they are, everything was taken down and those afflicted were apologised to directly. 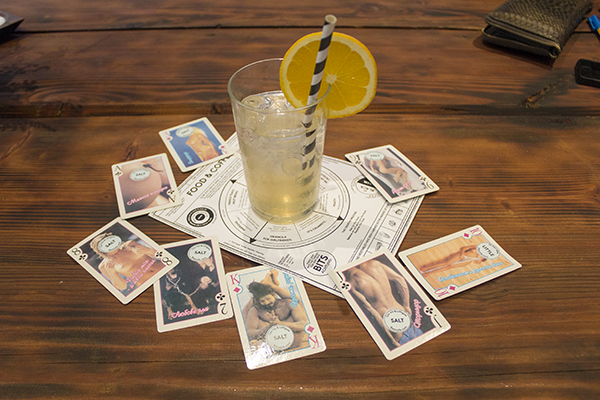 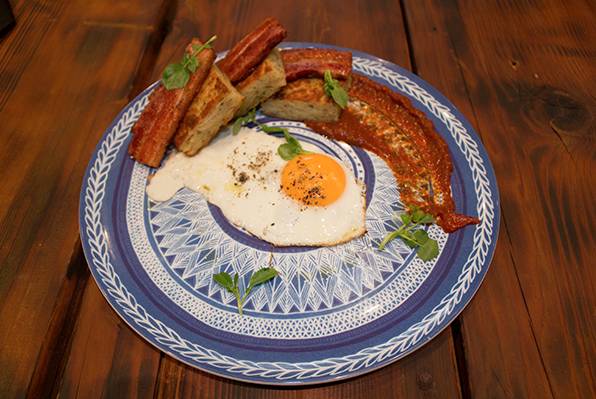 As well as manager Jesse Aston, from Wellington, they have also imported the fine Peoples Coffee and Six Barrel soda. If you don’t want coffee, don’t try decaf because they’ll be having none of it, opt for Minty J Blige, Wulong, or Cee Lo Green Tea. The odd ball on the menu is in the little and sweet section: crumpets with peanut butter, maple, blue cheese, topped with banana, and just like all odd balls, it’ll be your friend eventually. 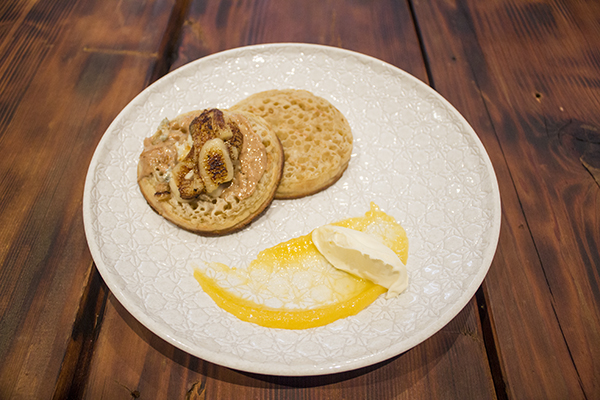 Art on display is also for sale, whether it’s the original drawing of Aaron Taylor, whose work is featured on the menu showing you what animals were harmed in the making of their sandwiches, or the quarterly circulation of artists that the Metro Gallery is supplying for them. 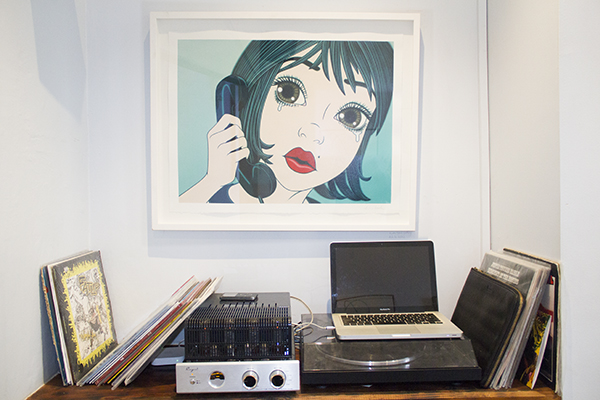 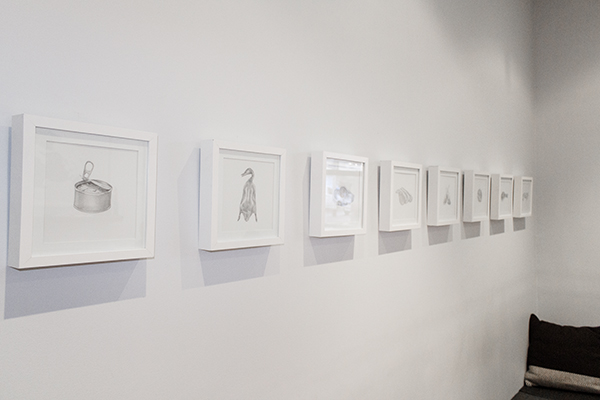 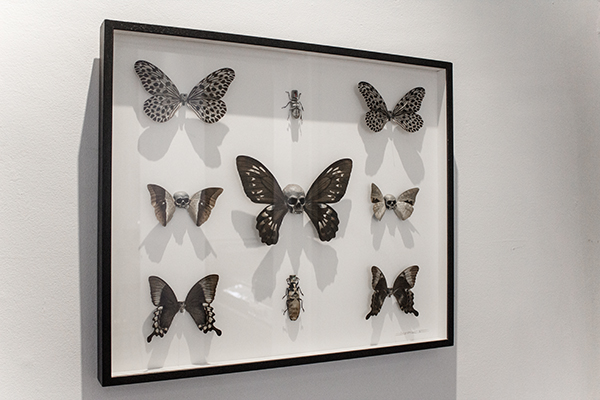 Little Big Sugar Salt sits on the corner of Lithgow St and Victoria St, so whether you’re a tradie, Sue from accounts, or a candle stick maker, don’t need to rack your brains deciding where to go for a good drop smack bang in the middle of the Richmond’s cultural stew. Just bring your sense of humour and an appetite, and they’ll point you in the right direction.