Arguably one of the most divisive names in fashion today, the controversial John Galliano has been named as the new Creative Director of Maison Martin Margiela. After the notoriously reclusive Margiela retired in 2009, the House has been guided by an anonymous team. The appointment of Galliano will no doubt come as a shock to the fashion world who haven’t forgotten his anti-Semitic remarks at patrons in a Paris bar in 2011 which were caught on video and saw Galliano charged with public insult. Since that time, Galliano has been uncharacteristically quiet, with designing Kate Moss’ wedding dress in 2011, the only word the designer was still in the game. That was until Galliano spent three weeks in 2013 at Oscar de la Renta in a designer-in-residence role, sparking rumour that Galliano was set to take over from the 82 year old designer. 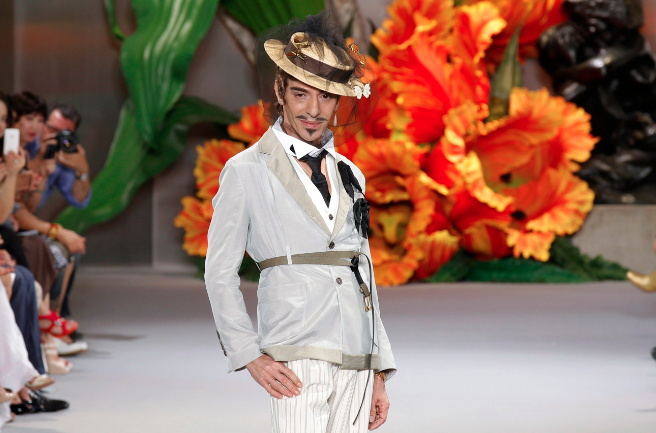 Margiela certainly has a flare for the dramatic, who can forget the sequin masks worn by models at the fashion house’s AW13 Haute Couture show. So it would seem the dramatic Galliano might be a better fit for Margiela, rather than the more conservative Oscar de la Renta. Although having said that, Galliano did spend a quarter of a century at Christian Dior before he was unceremoniously sacked after his anti-Semitic outburst.

Speaking about the appointment, Renzo Rosso, the president of the OTB group which owns Margiela said, the French fashion house is “ready for a new charismatic creative soul. John Galliano is one of the greatest, undisputed talents of all time. A unique, exceptional courtier for a Maison that always challenged and innovated the world of fashion. I look forward to his return to create that Fashion Dream that only he can create.”

Galliano is rumoured to be releasing his first collection in January next year. Whatever your feelings on the designer, you cannot dispute the talent the man has. Only time will tell whether he will be welcomed back with open arms to the fashion world.