For one night only, Melbourne comes alive for 12 hours of fun and festivities with White Night on again this Saturday, 20 February. From 7pm, the CBD is transformed into a huge centre for art, music, performance and culture across 9 different precincts with over 80 free programs to enjoy. The event is a one of a kind in Australia with an expected crowd of more than 500,000 flocking into the Melbourne’s CBD until the wee hours of 7am the next morning. As one of the largest public events in Australia, the event is uniquely Australian despite the original event starting in France, Nuit Blanc. With such a large spread of activities, locations and different performers, it’s a feat to organise such an event. Spare a thought for the team behind White Night who have so painstakingly put together an event for you to enjoy!

We caught up with White Night’s Artistic Director, Andrew Walsh, to chat about White Night ahead of the event this Saturday. 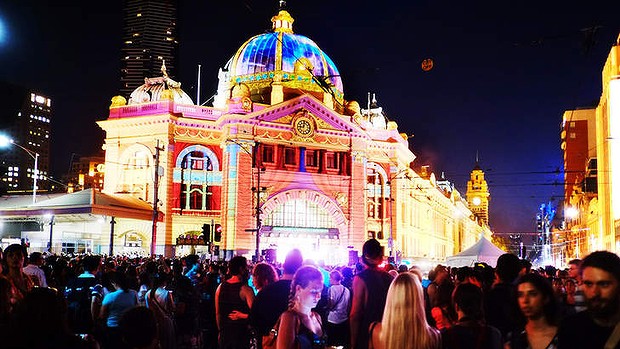 White Night has become such an integral part of our cultural program in Melbourne. What do you think has made it such a success in Melbourne?

The other factor is that we have been very careful in selecting works that respond to the people in Melbourne. Works that appear to a broad mass but still have integrity and artistic merit; making art works accessible and not dumbed down.

For example, in the program is a History Zero is a film whose narrative explores the effect that monetary exchange has in human relations, and the political and social implications. It’s a significant piece of work but we’ve made it accessible for everyone. It’s a powerful piece and discusses serious topics but is relevant to how it impacts our society and city.

Another reason why White Night has become such a fixture on the cultural calendar is because the program is varied, and it’s quirky, fun and gets you to question things and engage. There are different layers of engagement with the city and built into the program.

There is such a diverse range of artists and different types of cultural activities in the program.   As Artistic Director, what are some of the challenges you face when coming up with such a diverse program for one night?

Convincing artists, especially those that are performance based, to take part. For art, lights and installations, it is a bit easier than a performance artist to perform for 12 hours! It can become a marathon. Virtuoso Organ player, Dr Calvin Bowman is delivering the complete Bach organ works in a live performance in St Paul’s Cathedral during the 12 hours of White Night – an amazing event to look forward to.

We’ve been very lucky with finding locations as we’ve had very positive reactions with everyone wanting to be involved.

How long does White Night take to plan?

It’s about a 6 month process from when the team comes together. It is an ongoing process though with ideas coming about even before this – I am probably thinking about the next one before this one has even started! 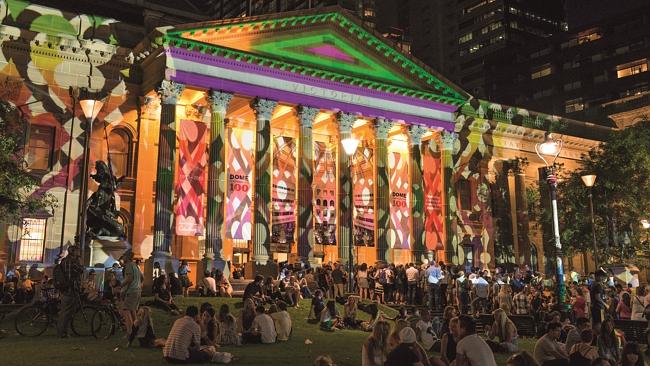 Will you get a chance to head out and enjoy the night?

Yes! I get to wander the streets and see how people are enjoying the night and relating to the work and the program. There is a control room, which looks like a space launch control room with about 30 people in there looking after the logistics and organisation of the night, but I will keep touch with them via walky talky or phone.

We will be expecting a lot of the public to come in and enjoy the night. Part of the experience is coming into the city with everyone else and experiencing things at the same time. It’s like a tribal ritual where everyone celebrates together. It is the biggest public event in Melbourne so it’s great that people want to come and experience it.

Have you been to any of the White Nights in other global cities? How is ours different?

Yes I have been to the Blanc Nuit in Paris, White Night in Toronto and Virada Cultural in San Paulo. As you know it started in Paris, and there are about 20 different versions across different cities across the world. Some of them are very different depending on the culture. For example Paris is very much focused on contemporary art and installations. Virada Cultural is very much centred on music. In Melbourne, it really reflects what we like as a city. We have a strong music scene, a great visual arts and creative community meaning we also focus on art and creative art, and we love Food & Wine. All aspects that are within our program. It transforms Melbourne for one night and allows the sharing of things we love as a city.

White Night is on from 7pm in Melbourne’s CBD. For more information on transport, precincts and the program visit www.whitenightmelbourne.com.au.