Martina Sorbara of Canadian three-piece Dragonette has made a name for herself as not just a performer but a true lover of the arts, treating her relationship with the visual media with as much passion as her music. With a lust for anything that “gives her a feeling” rather than trends, Martina epitomises the kind of cool-girl style that seems to translate with ease no matter where you are in the world. To celebrate the launch of her new track with Pretty Sister, Galactic Appeal, we spoke to Martina about pre-show rituals, party dressing and her most memorable dalliances with fashion. 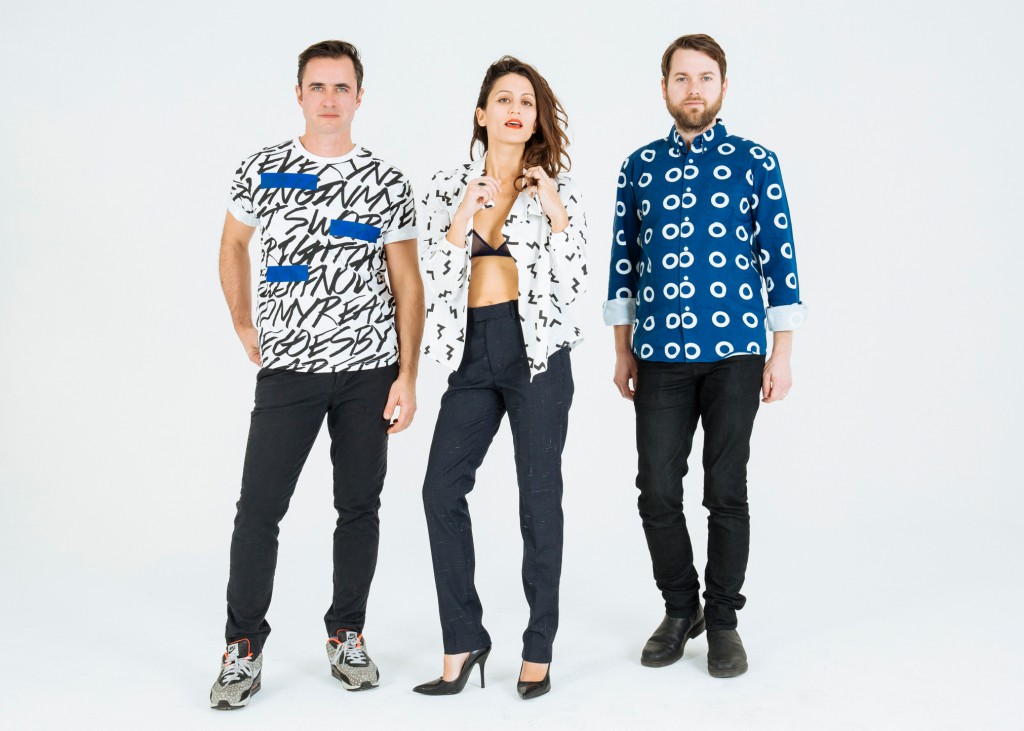 Could you start by telling us a bit about working with Pretty Sister and Tobtok on Galactic Appeal?

Zak from Pretty Sister has one of the best senses of humour I’ve ever had the pleasure of being around. When we wrote Galactic Appeal, we started off the session with more laughing than most people do in a week. I think the lightness and the good vibe in the song was born out of that day’s dynamic. I think of it every time I hear the song.

Your videos have always been really vivid and it seems as though the styling plays a big part in the overall picture, with the styling Galactic Appeal being no exception. Can you tell us a bit about how you use fashion to convey or even accompany the stories you tell through music?

My relationship with fashion is like my relationship with any visual media. It gives a feeling. I’m not interested so much in what’s hot and why and where it came from but more how does it make me feel as it jumps around my visual cortex. And when the medium is audio, unless you’re going to close your eyes while you’re listening, it’s so important to make the visual aspect say the right thing. Fashion is just defacto an accompanying visual element of music. So it’s best to care about it.

The video feels like one big party. How would you describe your own approach to “party dressing”?

I always go for the “what, this old thing?!” approach.  There are very few party scenarios where I don’t try to be the least dressed-up one in the joint.

I’ve read previously that you don’t work with a stylist as you feel more like yourself performing, particularly on stage, if you’ve picked your own wardrobe. Is this still the case? And if so, are you a considered dresser or do you dress based on mood?

I definitely dress based on mood.

Do you have any pre-­performance rituals?

I generally tend to get very tired before a show. I think it’s my body enforcing its will to save its energy for the performance. So I’m pretty much horizontal until I walk on stage. That’s about it. God. That’s pretty boring isn’t it?

I never considered it until this moment but yes! ’70s. But not like Saturday Night Fever disco ’70s. More like a Woody Allen Annie Hall ’70s with some Rickie Lee Jones on the turntable.

How would you describe your personal style?

Is your Dragonette style reflective of your everyday style?

Absolutely. We are one and the same.

You’ve worn some pretty spectacular outfits on stage, on the red carpet and in your music videos (the look you ended up in in Fixin To Thrill was particularly memorable for me!). Do you have an all­ time favourite?

I really love the Fixin outfit. Me and my best friend came up with all the ideas together and she directed it and all our friends and family are in it. So the fact that you love that outfit and hopefully the video too makes me very happy.

Back to the music now­ can you tell us what we can expect to see next from you?

We just release a single called “Sweet Poison” off of our soon to be released album Royal Blues, coming out in November. We’ll be touring and doing all the raucous fun stuff that this part of our job entitles us to do.