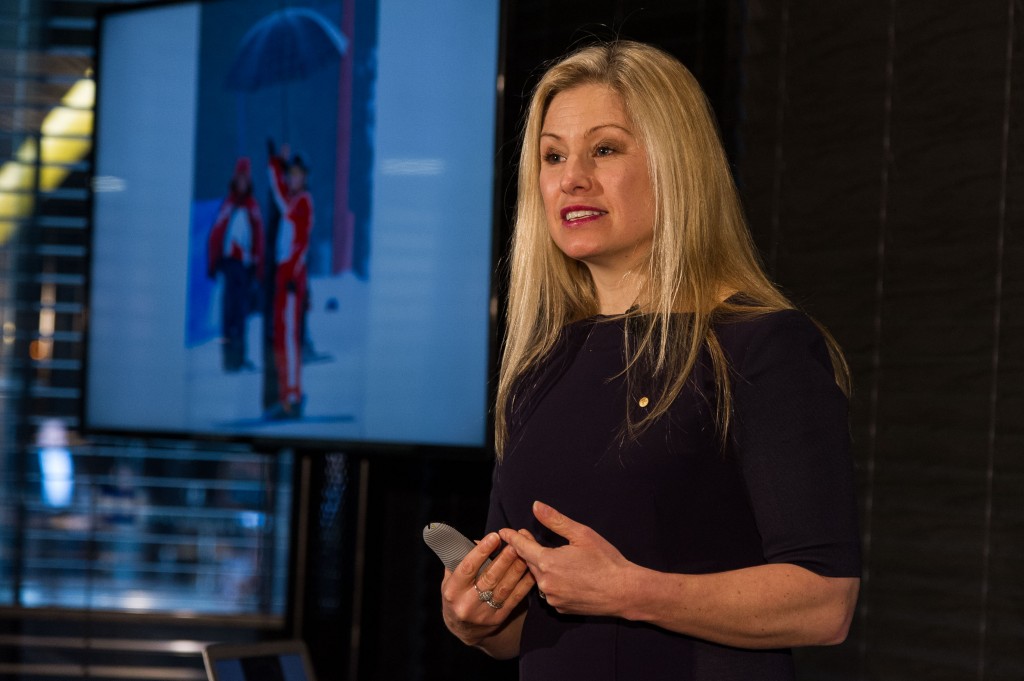 On May 21st, Women of Collins Square held their first lunch for inspirational women. Collins Square is a new business, retail and dining precinct which is currently home to national and international leaders, as well as notable eateries, Bar Nacional and Chiara.

The event was created to celebrate women in business, bringing them all together. No surprise that the dining room at Chiara was absolutely brimming with inspiring and successful women, and perhaps the pinnacle of them all was host and guest speaker, Alisa Camplin OAM.

Since bringing home the gold at the 2002 Salt Lake City Winter Olympics, the retired champion Aussie aerial skier has dedicated her life now to business, charity and motivating others.

This event carried such an air of sophistication. All the guests were dressed immaculately from head to toe, as was the restaurant, with lots of dark earthy tones in the decor and on the tables, set off by the all the dazzling daylight that shone though the tall windows. The menu was divine. Seared swordfish anyone? Or perhaps just a side of the best roasted brussels sprouts you’ll ever eat. What’s even better was that once we found our name card at a table, the glasses of bubbly hit the table immediately. The lunch was off to a good start.

After nibbling on charcuterie and crispy school prawns for entrée, the gold medalist herself arose.

Before speaking, she played us a video of the coverage of her Olympic win. The audience was held captive as we all relived the moment, and cheered.

“I wanted to be an Olympian since I was 5 years old,” she said. But it was until the age of 19 when Alisa first saw snow. She decided she wanted to learn to ski, and had 8 years to get to the 2002 Winter Olympics. Everyone in the room gasped when she said how old she was when she first started skiing. “People told me I’d never make it, and that I was too old to start now,” she said, but she was committed, determined and passionate, and “you can’t be great at something you’re not passionate about. You can’t fake passion.”

“The first practice jump I ever did, I broke a rib. The second, I hit a tree,” said Alisa. A woman near me whispered, “I would have given up after the broken rib!”

Alisa showed us her goal planner for those 8 years and her goal was simple: to become the world’s best. “A vision without a plan is just a wish,” she said.

To cover the cost of her training, she worked full time at IBM, then taught gymnastics to children 3 nights a week, and delivered pizza for Pizza Hut 2 nights a week. Then on the weekends, she cleaned at least 4 homes per weekend just to make ends meet. “I did this for 3 years, but at the end of those years, I became 64th in the world.”

“Ask yourself, am I working hard enough, when nobody else is watching?”

After telling us about her countless injuries, pitfalls and road blocks in sport, she also shared with us the loss of her son, just 10 days after he was born. There was not a single dry eye in the house. What an inspiration. After everything she has been through, she still stands strong, sharing her story with others.

We all had to take a minute to wipe away the tears, and digest everything we had just learnt, before lunch was served.

I’ve before never had such a hefty dose of motivation served to me all at once. Lucky we all had such wonderful food to match.

Every woman there, no matter how successful or inspirational, left Chiara feeling inspired, passionate, courageous and strong, just like Alisa said we all must be to achieve our goals. 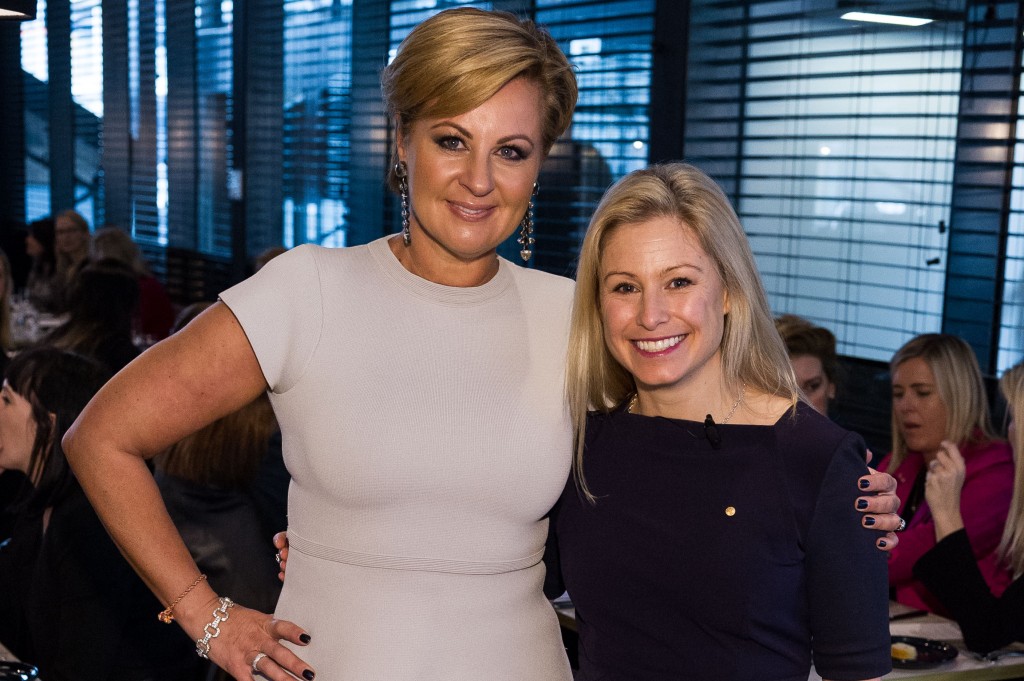