It-girl and model of the moment Gigi Hadid certainly proved she is born with it, announcing to her millions of social media followers that she is the new face of makeup giant Maybelline.

CLICK HERE TO SEE OUR EXCLUSIVE INTERVIEW WITH GIGI

She initially teased fans with a video indicating she had a big announcement to make and they had to play the video to find out what the announcement was. 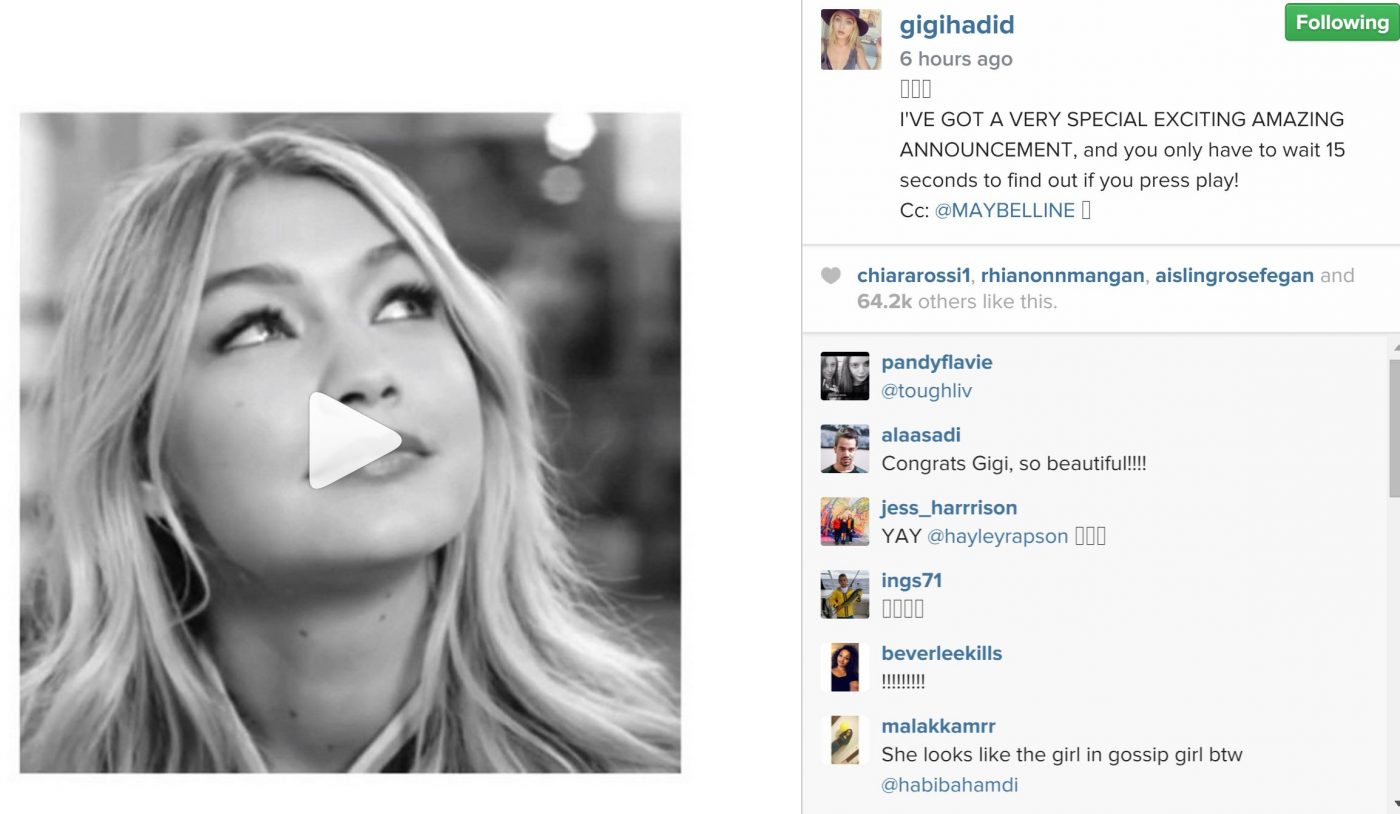 Hadid then revealed on Instagram and Twitter a shot of one of her upcoming Maybelline campaign shots on a computer screen. 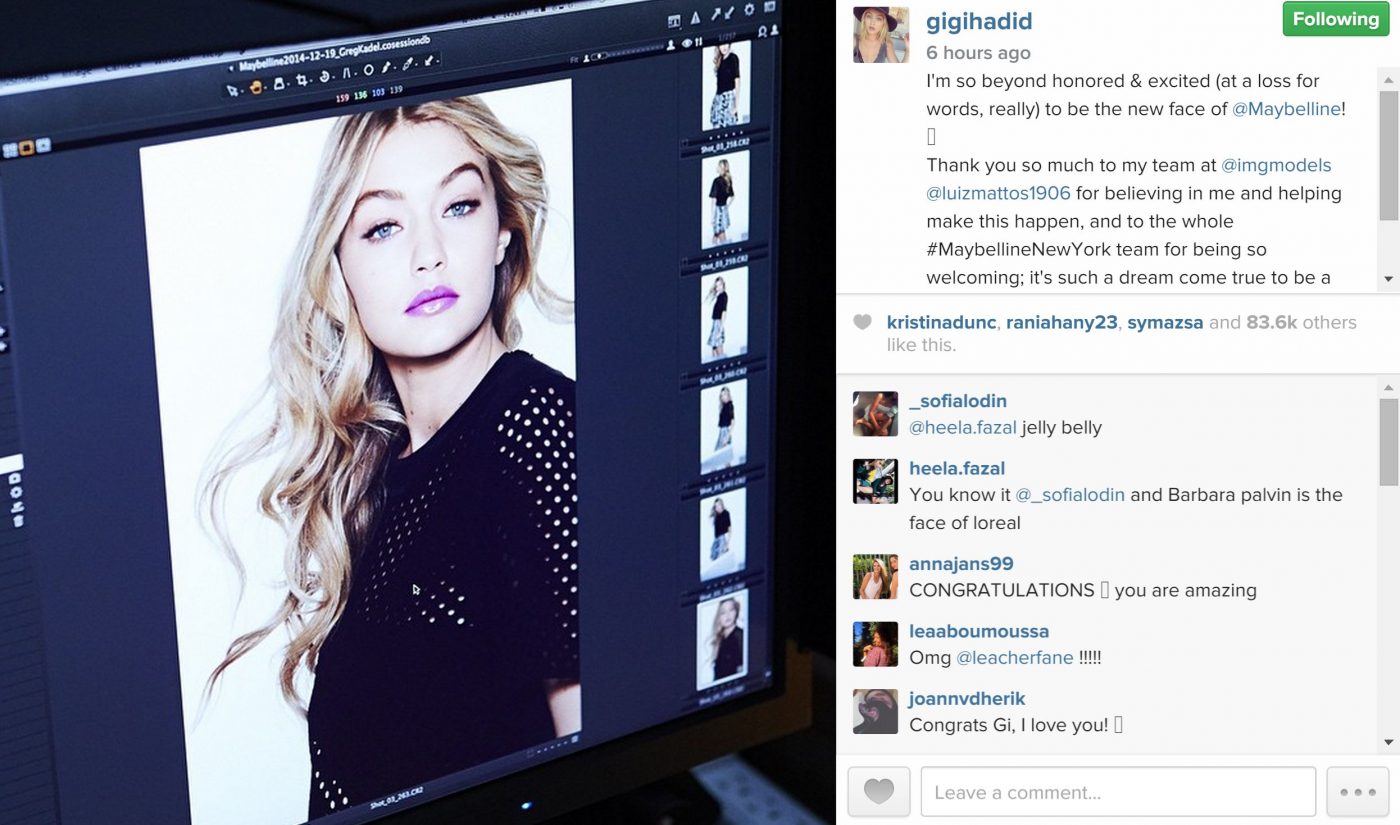 This announcement comes hot on the heels of Hadid’s sultry Guess campaign, which she also shared with her fans on her social media account.

Speaking about her appointment, Hadid said, “In middle school, I wasn’t allowed to wear makeup,” she explains, “I secretly bought Maybelline’s SuperStay 24HR concealer at CVS. I thought it was the coolest thing in the world.” She still carries a bottle with her to this day.

Hadid’s makeup campaign will see her pitted against BFF Kendall Jenner who was announced as the new face of Estee Lauder late last year, and continues the trend of social media stars and personalities being the new faces of brands.