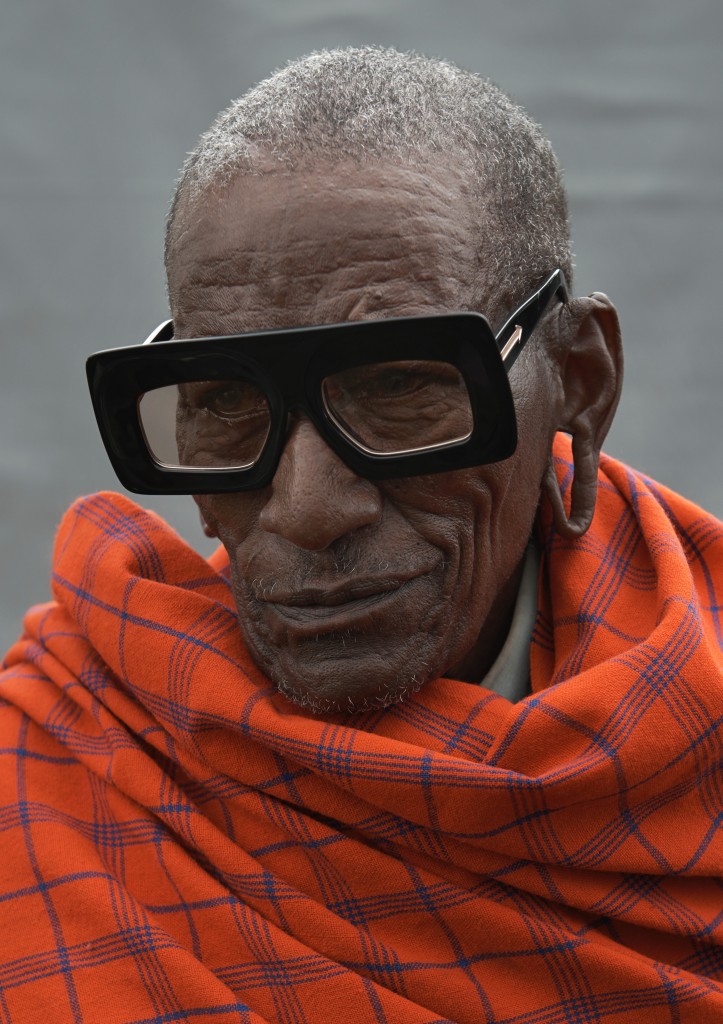 Karen Walker Visible is a new campaign that aims to highlight, celebrate and acknowledge.

Karen Walker Eyewear and the Ethical Fashion Initiative are working together to produce pouches for the new Karen Walker Eyewear collection. The simple, screen-printed pouches will be included with every pair of Karen Walker Eyewear from the Summer 2014 season through all 500 global stockists. In addition, more elaborate and embellished versions, also made by Kenyan artisan groups, will be available to buy separately. All the designs have been created with the style of craft and handy-work the artisans are most adept at as a starting point.

Karen says, “Our brand continues to enjoy popularity all around the world and this has given us an opportunity to make a difference in Kenya. We’re delighted that this season’s eyewear collection will be making a real and meaningful impact upon the people of this community.”

Taking the project a step further, Karen Walker also chose to highlight some of the artisans themselves as this season’s campaign stars. Karen Walker Eyewear is known for its original and engaging campaigns. This season’s campaign features portraits of some of the people who work in and around the Ethical Fashion Initiative set against the landscape that surrounds them. The people photographed include machinists, cutters, tailors, production managers and metal workers as well as members of the Maasai group who create the more elaborate beading work. The photos allow a glimpse into the world that the work is coming from. Both the portraits and the landscapes were photographed by Derek Henderson who is well known for his fashion, portraiture and landscape work. In addition to this imagery, Derek also created a short movie capturing the people and places that populate the campaign. The brief that was set for the images by creative director, Mikhail Gherman, was to capture the people working in and around this project in a style that was strong and authentic.

Karen says, “We were thrilled to be able to work with the Ethical Fashion Initiative on this project and wanted to expand on that by presenting not only the pouches they’re creating for us, but also something more intimate – a glimpse into the world that the work is coming from. Karen Walker Eyewear has always had an optimistic outlook and has always been about standing out from the crowd. This campaign captures both this innate optimism and love of maximum impact in the images themselves and also the way in which they direct our attention to this part of the world and the work being done there. In short, the images help to bring visibility to this place, these people and the work of the Ethical Fashion Initiative.”

Once again Karen Walker brings us a collection built around strong shapes, exaggerated scale, intense colours and new ideas, along with re-inventions of favourite styles.