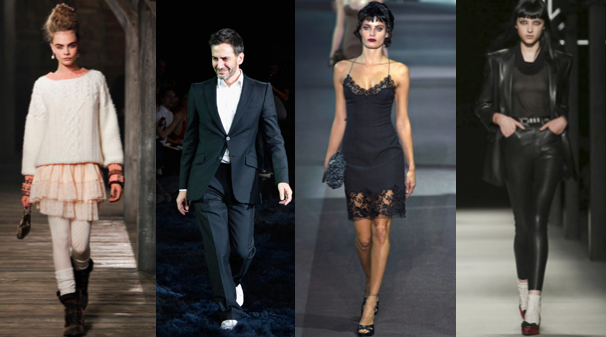 As we all are getting back into routine after celebrating the beginning of a new year, it seems appropriate to look back on the biggest fashion moments of 2013. From resignations, to trend resurgences, radical rebranding, and the rise of the new supermodel, the fashion world 2013 grabbed plenty of headlines, and our attention.

2012 saw many design houses lose and gain new creative directors, but 2013’s unexpected resignations from Marc Jacobs, leaving Louis Vuitton after 15 years, and Rossella Jardini departing from Moschino after twenty, shook the fashion world. Jacobs was succeeded by Nicolas Ghesquière, previously of Balenciaga (and just as controversial as his predecessor) who will debut his first collection for the iconic fashion house in March, and Jardini has been succeeded by American provocateur, Jeremy Scott, debuting his first collection in February. 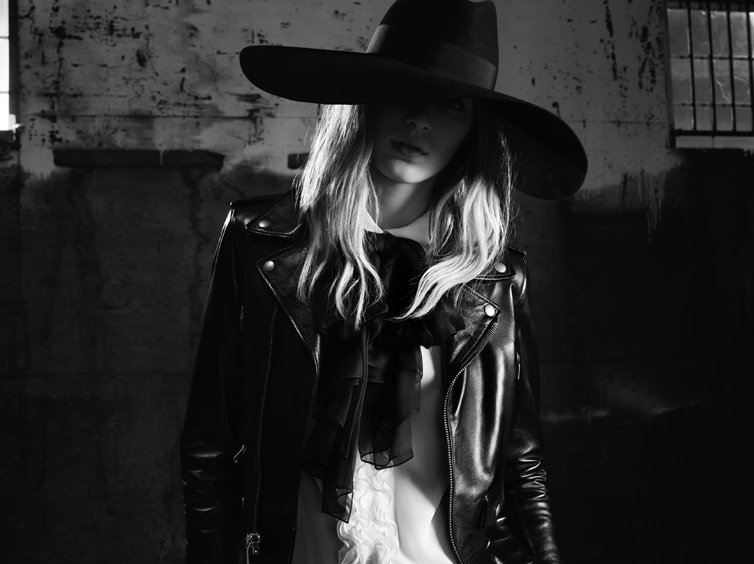 Although appointed as creative director  in 2012, Hedi Slimane used 2013 to radically rebrand Yves Saint Laurent, dropping ‘Yves’ and injecting his rockstar aesthetic to the Parisian house – not just into the collections, but in their advertising campaigns which featured Courtney Love and Marilyn Manson. Ever controversial, the response to his direction has been mixed, as has towards his decision to not work from the Parisian headquarters in favour of his Los Angeles studio, but for every naysayer, there’s a flock of new fans eager to get their hands on the edgy pieces.

It was not only international labels that saw a flux in leadership. Sadly, 2013 was not kind to many local designers with many falling into debt, changing hands, or having to close their doors. We saw Collette Dinnigan quit her eponymous label after 24 years in the business to focus more on her family, Lisa Ho go out of business, cult favourites Ksubi placed into receivership, and Sarah-Jane Clarke and Heidi Middleton of Sass & Bide stepped down from the board of directors of the label, although retaining their positions as creative director and brand director respectively. 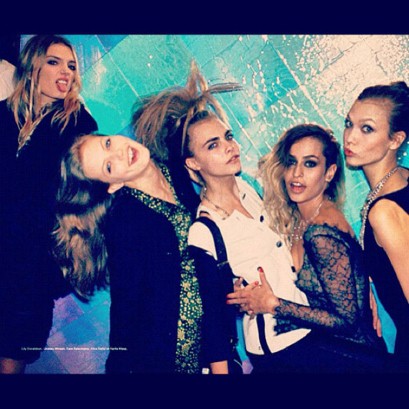 Change also dominated the runway, with models including Cara Delevingne, Karlie Kloss, and Lindsey Wixson moving up the ranks from freshman models to supermodel status. After several years of interchangeable waifs walking catwalks, models were, for lack of a better word, super again in 2013. No longer faceless, nameless clothes hangers, these new class of models are proving their personalities are just as captivating as the ad campaigns they front. Much like Naomi, Tyra, and Kate that came before them, models are inserting themselves into pop culture, and fashion this past year was a lot more interesting because of it. 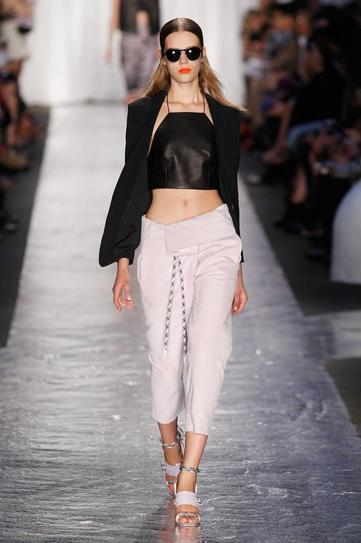 Not all trends were behind the scenes though. 2013 saw resurgences in 90s minimalism, grunge, and white on white. Sports luxe had another moment, filtering into our wardrobes by way of perforated leather shorts, structured jerseys, and tennis dresses, best shown from Camilla & Marc Alexander Wang, and Calvin Klein-esque slip dresses dominated the runway.

Grunge, as part of the 90s revival that took 2013 by storm, was also a top trend, beginning with the selection of ‘punk’ as the Metropolitan Museum of Art’s annual Costume Institute Gala theme for 2013, and quickly followed by tartan and leather being the fabrics du jour at many A/W runways. 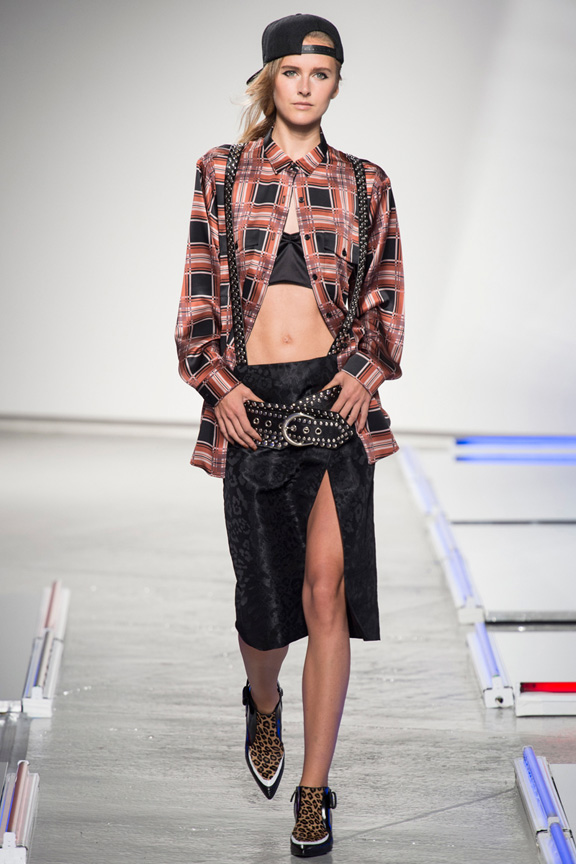 Fashion in 2013, in a word, was bold. Shock announcements and retirements at the top of the year set the tone for an unexpected year ahead of us, and dramatic re-brandings and hirings kept us on our toes. Bold trends pushed us, and the new class of supermodels made us rethink the way models are perceived. Here’s to 2014, and the fashion ahead of us.